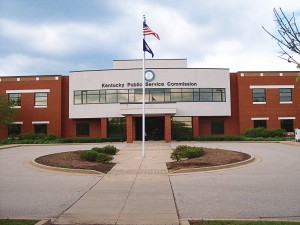 Particularly in the hotter months, energy control film — aka window film — proves to be an economical solution when it comes to reducing energy costs, especially for municipalities coping with aging infrastructure and their associated operating costs. Marcus Billings, architectural consultant for Scorpion Window Film, describes window film as “the number one retro-fit application in terms of monetary savings most buildings can purchase.”

“Most non-residential buildings built from the 1950s to the 1990s were built with very simple glazing systems,” noted Billings. “Most of these structures ended up with glazing that has poor insulative properties. Even buildings that have had their windows replaced probably switched from single pane clear to double pane clear. Low-e glass is often heralded as the premier glazing system, but unfortunately it does almost nothing to stop the most costly glazing problem there is: solar heat gain.”

Solar heat gain reduction is one of the main reasons window film is popular with municipalities and other government agencies. Local governments in California, Arizona, Texas and Louisiana have all put energy control film to the task, including Hammond, La., which utilizes window film in all of its government buildings to reduce costs in the hotter months.

“Sixty square feet of glass exposed to direct sunlight admits 12,000 BTUs of heat per hour during the summer,” said Billings. “It takes one ton of air conditioning to offset. This is why so many buildings have ‘hot spots’ that necessitate extra measures to cool problem areas.” He added that energy control films can reduce the total solar energy experienced by as much as 85 percent.

Most energy savings ideas are directed at the heat escaping from a building in the winter, he said. That’s an important issue, but many times the cost of heat entering the facility is completely neglected. “This is what energy control films do so well.”

Low-e glass only helps with the radiant heat leaving a building; It does not help additional heat from entering a building. “Many municipalities that have installed new low-e glazing believe that they have reached the end of savings that they can experience with their glazing; this isn’t true,” stated Billings.

The state of Kentucky utilized window film in the Kentucky Public Service Commission building, Frankfort, Ky., to lessen its solar heat gain problem. The building features a glass atrium in its entryway that was producing a lot of added solar heat.

In 2010, a 35 percent silver gradient window film, which rejects 70 percent of the total solar energy, was placed on the windows. “It involved a lot of lift work,” noted Billings, because of its size. It took approximately a week to complete, more than most projects. He added buildings of all sizes have used window film in addition to thousands of municipal buildings throughout the world. 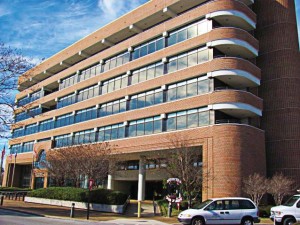 Pensacola, Fla., installed window film on its 88,000 square-foot city hall after Hurricane Ivan in 2004. “We had two reasons,” said Charlie Morgan, superintendent of building and facility maintenance. “One was energy savings and two was the ballistic protection it provided.”

“I would like to in the future if the funding be available. It’s definitely on our radar screen to do. We’re always looking at energy grants and stuff like that.”

Morgan recommends window film to other municipalities, with the caveat cities look at the intended building and its uses. “It can pay for itself, but each building has to be evaluated.” Buildings like Pensacola’s city hall, with all its glass, are particularly cost effective.

Regarding potential savings, Billings stated: “Depending on the percentage of glazing versus building square footage, a facility can save between 15 percent and 40 percent of their normal cooling costs every year by adding energy control film. And with a normal payback time of 1.5–4 years, the savings are realized for years and years to come.” Billings added that window film provides increased savings in the South compared to the North, due to its hotter temperatures; however, he added, “It can be productive in northern climates as well.

“In short, there is nothing else that a municipality can use its precious funds on that will show a return on investment as quickly as energy control film.”