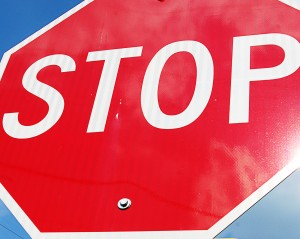 To comply with new MUTCD standards, Fox Point, Wis., needed technology that would photograph, identify, collect data and store it. GPS-enabled laptop units allowed the gathering of information and for photos to be taken with the same device; although cloud-based computing technology has since instigated a migration to tablets for the village. (Photo by Jodi Magallanes)

Fox Point, Wis., is sometimes referred to simply as the north shore of Milwaukee. But association with the big city really doesn’t do the small town justice, because its cross section of largely professional people and cultured history creates a distinct and distinguished profile. Residents recognize that distinction and cherish it.

In order to comply with new minimum retroreflectivity standards issued in the Manual on Uniform Traffic Control Devices by the Federal Highway Administration, in 2011 Fox Point called on its strength: utilizing new technology and methods for the purpose of preserving charm and historic feel.

Director of Public Works Scott Brandmeier and Fox Point consultant Jeff Mazanec, of R.A Smith National, shared the experience with attendees of a session at the American Public Works Association congress in August.

“We knew we had to comply, and that we were going to have to inventory and evaluate all of our signage. We knew it was an opportunity to improve sign quality and eliminate redundancy,” Brandmeier said. But first there were questions to be answered. Among those were, which signs should be included in the program? Only village signs, or also private signs in public right of ways? What about signs not subject to the new requirements?

The final decision was to include all signs within the village right of way. That way they could at least document each sign and have information to refer to if there was any sort of a problem.

Fox Point needed a program that would photograph and identify signs, collect data and store it. The data would then be delivered to a GIS consultant and plugged into the GIS for automatic plotting.

GPS-enabled Trimble laptop units allowed Brandmeier and crew to gather all of the information and take photos with same device. The data collected consisted of:

Engineering interns from a nearby university were employed to do the legwork, and the information was then transferred to the village’s GIS dataset. They chose to apply an ID tag to each sign. The sign location data enables quick and current mapping of sign locations, expedite replacement of critical signs and establishes sign ownership, contact information and month of installation, Brandmeier noted.

With the data, public works employees are able show a breakdown of what signs were in the village’s jurisdiction — village, county, state and federal — and organize them by any of the signs’ attributes.

But as Mazanec noted, the benefits exceeded retroreflectivity compliance.

“For instance, just how many 25 mph speed limit signs do you really need in a residential neighborhood? In some places we had five in a one-mile stretch. After seeing that, we recommended removal of a lot of them.” Today speed limits are indicated at all entry points into the village, and 100 of the 182 25-mph speed limit snow removal impediments are gone. Obsolete signs such as “Slow Children,” which are no longer recommended for use, were also removed. In total, the village saved $8,100 by removing 13 percent of existing signs.

Among Fox Point’s attributes are the absence of streetlights or local signalization. Street names are indicated in white on a black, cast bronze plaques held by ornate brackets.

As Brandmeier discovered, the signs are treasured by Fox Point’s populace.

“Our residents have a great deal of pride in their community, The street signs don’t escape that. There’s so much passion attached to these signs. I never would have guessed it,” he said.

That affection overlooks the fact that they’re practically invisible at night, and hard to read even during the day. Such signs are still permitted under the MUTCD, in historical-designated areas — but not throughout the village.

Public meeting after public meeting confirmed that residents were not overly concerned about street name signs needing to comply with the MUTCD. By way of compromise the signs are going up anyway, but for now, only as original signs are vandalized, disappear or are damaged. What’s been put up is a name sign consisting of a white background and black letters made of compliant retroreflectivity sheeting. But the brackets mimic the character of the old, bronze fox heads.

The brackets more than triple the price per sign. Still, it may be worth the expense.

“Where we’ve put up the signs — there are a half-dozen so far — we’ve not received a single phone call about it,” Brandmeier said. The town has also asked the Federal Highway Administration to recognized Fox Point as falling under an exemption provided to some historic districts where speed limits are low.