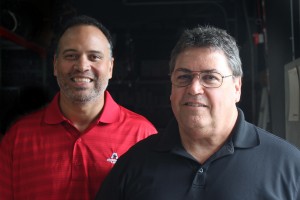 A stalwart of the window film industry, Dick Austin brings thirty five (35) years of window film industry experience to his new role. Dick has served as Manager of Retail Operations & Training since 2008. Prior to joining 44Tools.com, Dick spent a total of fifteen (15) years as a manufacturer’s representative for both Madico and LLumar / Vista window films. Preceding his experience as a manufacturer’s representative, Dick owned and operated tint shops in Florida and Kentucky. Dick was educated at both Auburn University and The University of South Dakota.

Jeff Dunn has worked with Performance Films Distributing for nearly a decade in various capacities including inside sales before being promoted to General Manager in 2007. Prior to joining Performance Films, Jeff worked with iconic companies such as Abercrombie & Fitch, BLITZ Distribution (Tony Hawk) and D.N.A. Distribution (Alien Workshop / Habitat Skateboards). From Huntington Beach, CA to Dayton, OH, it was Jeff’s responsibility to manage the complexities of logistics that kept these iconic brands rolling. Jeff brings vast experience to his new role as Operations Manager and will continue his goal of striving to best serve each customer. Jeff was educated at both Clark State and Mira Costa College.

“We are blessed with a great team and we strive continually to utilize each member to best serve our valued customers. The realignment of Jeff and Dick allows their experience and deep talent to better serve our broad customer base”, expressed Bo Ryan, President of both 44Tools.com and Performance Films Distributing.