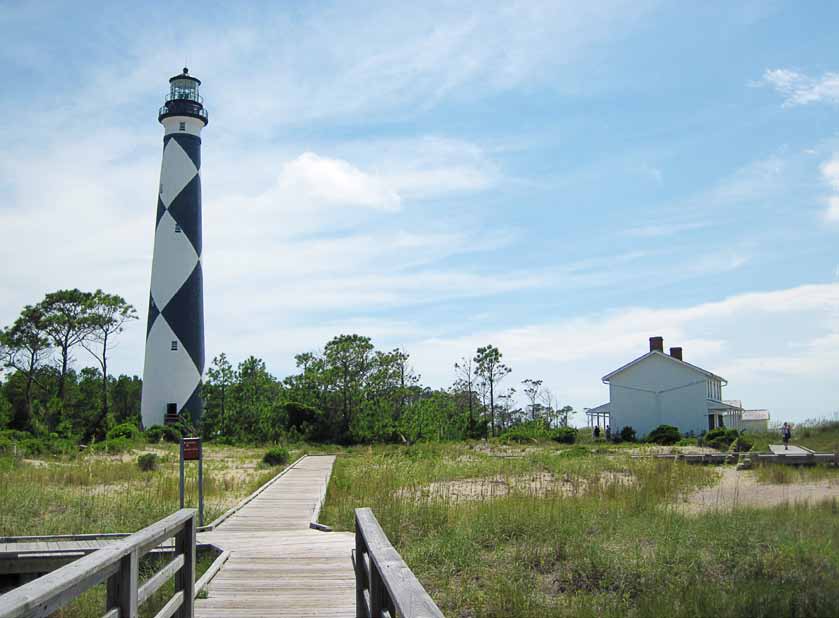 By Barb Sieminski | The Municipal 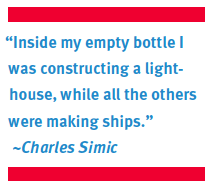 Lighthouses have long been a popular subject for artists, clothing designers, poets and others. Few people give thought, however, to what it takes to run them and what their unique challenges are — especially when they are conveniently combined with a national, state or municipal park.

As keepers of lighthouse parks have found, the key to maintaining the structure and grounds is the effort of park personnel, special interest groups and dedicated volunteers.

Karen Duggan, park ranger of Cape Lookout National Seashore Lighthouse in North Carolina, said not anyone can be a keeper. The job description includes being a people person, so one can talk to visitors and make sure they are ready to climb; working with them if they are afraid of heights or close spaces; and helping them get them back down safely.

The Cape Henry Lighthouse, in Fort Story, Va., is owned by Preservation Virginia, a nonprofit organization founded in 1889. The structure will celebrate its 125th anniversary next year, according to Keeper Stuart Nesbit. 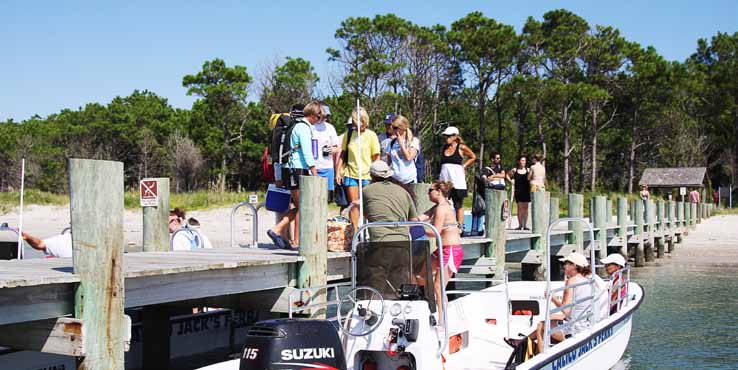 Visitors board a ferry to Cape Lookout, an island under the jurisdiction of the National Park Service. General maintenance on the island is done by federal employees while the lighthouse’s light is maintained by the U.S. Coast Guard. (Photo provided)

The lighthouse is located inside the Joint Expeditionary Base Little Creek-Fort Story. Also located nearby is Cape Henry Memorial National Park, which commemorates the first landing of the settlers who went on to Jamestown after landing in Virginia in 1607.

“I am in charge of maintaining the lighthouse but not the park, which is a National Park Service separate from our operation,” said Nesbit.

Approximately 65,000 people visit the Cape Henry Lighthouse annually. The nearby national park is one of the smallest national parks in the nation, so lighthouse staff members maintain the park’s stamp for visitors.

“Every national park has a visitor stamp,” explained Nesbit. “Because this one is unmanned, they have given us their stamp so anyone who wants their national parks passport stamped, we can do that for them. 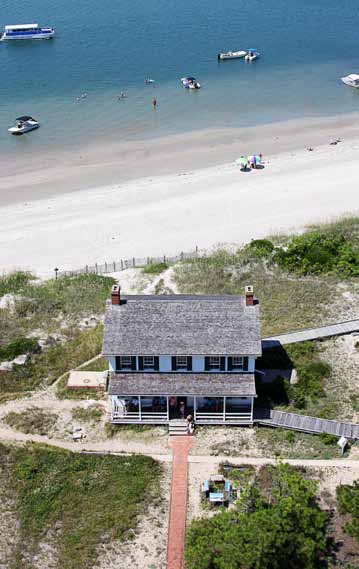 The Keepers’ Quarters Museum, located at Cape Lookout National
Seashore, North Carolina, can be seen from the top of the lighthouse.
(Photo provided)

Because Cape Henry is not connected with the government or military, it receives no federal or state funding for operations. Fortunately, that meant the current sequestration did not have an effect on its operations.

The organization is currently in the process of restoring the sand dune, on which the lighthouse stands, to its original height. “We will be building the height back up to protect the sandstone that was not originally exposed. It has eroded approximately 25 to 30 feet since the lighthouse was built,” Nesbit said. 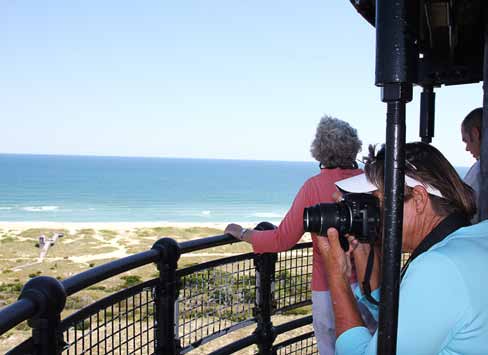 The job description of lighthouse keeper includes making sure visitors are ready to climb; working with them if they are afraid of heights or close spaces; and helping them get them back down safely, said Karen Duggan, park ranger of Cape Lookout National Seashore Lighthouse in North Carolina. (Photo provided)

At Cape Lookout National Seashore, the lighthouse is maintained by National Park Service park rangers — including Duggan and Kerby Price. The two rangers noted the different ages and sizes of lighthouses.

“Some lighthouses like ours are older — more than 150 years old — and some are fairly new — within the last several decades — and there are design differences, including things like being built in the water or with narrow hatchways to the top,” said Price. “This affects how they are protected and how they are used recreationally. The Ocracoke Island Lighthouse, for example, is a smaller harbor light. Because of its architectural limitations, there’s not enough room on the gallery to allow visitors to climb to the top. 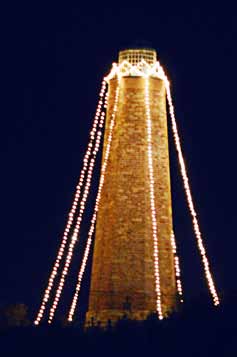 “The nearby Cape Hatteras Lighthouse is larger than Cape Lookout and, therefore, can allow more visitors to climb, but also requires more staff members inside the tower as safety precautions.”

An unusual 1962-built facility is the triangular-shaped Sullivan’s Island Lighthouse in South Carolina, he noted. Besides being the last lighthouse built by the federal government, it is the only U.S. lighthouse with an elevator and air conditioning.

Last year Cape Lookout saw 11,114 visitors climb the lighthouse with more visitors just enjoying the beach or the Keepers’ Quarters Museum at the base, said Duggan.

The upgrade to the structure took place in 2009 and included maintenance work to the lighthouse, which allowed it to be open more frequently — going from being open only four times a year to be able to being open four times a week from April to September.

“We had to reinforce the rail and the structure in general and add extra safety features,” said Price.

No extra attractions are planned as one of the main goals is to preserve the natural look of the island by not adding additional buildings. The next major project for Cape Lookout — funded by donations — will probably be to paint the lighthouse, but a timeline has not yet been set.

The island is part of the National Park Service, and general maintenance is done by federal employees. The lighthouse’s light is maintained by the Coast Guard and is powered by a cable that runs back to the mainland.

“We have the same challenge as anyone with a historic structure more than 150 years old,” said Price, “but we add to that by allowing people to climb the lighthouse. So we have to be careful to allow the climbs in a way that is safe for the visitors and in a way that will not damage the lighthouse.”

The three islands on the Cape Lookout National Seashore premises contain the lighthouse building, two historic villages, two sets of rental cabins and nothing else for 56 miles, said Price, adding that the island with the lighthouse is about 21 miles long with varied terrain of sandy beach, sand dunes and small maritime forests.