↓
Home→Disaster Response→What are they thinking? Getting residents to relocate during disasters

It’s a question that vexes communities whenever a natural disaster occurs: Why do residents ignore repeated warnings to leave?

Unlike man-made disasters, which tend to be unpredictable, natural disasters are often cyclical. In the cases of Hurricanes Katrina, Ike, Isaac and Sandy, they were also preceded by days and days of evacuation orders. Yet despite news bulletins, public service announcements, emergency alarm systems and a slew of technologies designed to get the word out, many chose to stay behind and take their chances with the storms.

“It is a problem that needs to be addressed in cities and municipalities,” said Dr. Kenneth Strang, business program coordinator at State University of New York. “When people stay behind, it creates additional problems for emergency responders who should be concentrating on recovery efforts.”

But getting people out isn’t easy. According to a 2009 study conducted at Northwestern University, Nicole Stephans and Hilary Bergsieker learned that in the case of Hurricane Katrina, many of those who stayed behind lacked the resources to escape the oncoming storm. When residents have no money, no transportation, few family members and friends and no idea of where to go, they feel they have no choice but to ride the storm out.

This was not the scenario last fall, though, when Hurricane Sandy slammed into the Big Apple. Mayor Michael Bloomberg issued an evacuation order for several areas of the city, yet only 3,000 people out of the 375,000 included in the order took refuge in emergency shelters. The ones who remained behind were not the economically disadvantaged — people who had nowhere else to go — but well-educated, middle-class residents who felt safer in their own homes.

“There are a number of reasons that people stay behind,” Strang said. “Many of them are worried that there will be nothing left to come back to if they walk away from everything. They think their properties will be looted or vandalized. But if everyone evacuates the way they are supposed to, then there’s nobody left to loot the empty buildings.”

Strang studied the problem of evacuation complacency in his recent study, “Homeowner Behavioral Intention to Evacuate After Flood Warnings.” Working with a large sample of Hurricane Sandy survivors in New York City, he developed a survey to determine what factors motivated people to evacuate their homes once a warning had been issued. He learned that there are two main reasons why people choose to stay or go when a natural disaster is on the way: personal attitude toward the warning and the social norm.

“I can beat this”

Personal attitude has to do with how seriously people take the warning to evacuate and the likelihood that they will actually do so. Those who live in geographical regions that are prone to inclement weather and disaster-like conditions, for example, are often numb to the warnings and believe that if it has never affected them before, it’s unlikely it will this time.

Several residents in New York who were interviewed in the days following Hurricane Sandy hinted at this theory when they told reporters they didn’t leave because it was too much hassle to evacuate. They believed the order was unnecessary, and they said they felt safer in their own homes. They chose to listen to their own instinct rather than act on the advice of city officials.

“It’s worse when someone has a near-miss experience with disaster that results in a positive outcome,” Strang said. “When a resident has successfully faced disaster before, they believe that will always be the case.”

Effects of the social norm 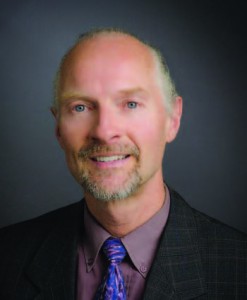 Kenneth Strang of State University of New York recently presented the topic “Examples of How to Research and Share Crisis or Risk Management Knowledge” at the 2013 International Disaster Conference in New Orleans. Survivor overconfidence and economic inability are two prominent reasons why residents ignore orders to evacuate in the face of major storms.

The social norm factor deals with how likely someone is to leave and is based on what everyone else does and what society feels to be the right response to the situation. Often, people will talk to their neighbors, families and friends to determine the right course of action — regardless of what government officials tell them. As evidenced in the case of Sandy, even President Obama could not convince people to leave.

Strang’s work concludes that for cities and municipalities to have the best chance of getting their residents to leave when disaster strikes, they must combat the factors that convince people to stay in the first place. He suggests that communities develop their own surveys to identify what motivates people leave, and put those motivators into practice. More importantly, municipalities need to share information with one another so that across the nation, best practices are used to protect citizens from natural disasters.

“At the very least, the positive ‘near-miss’ imagery needs to be replaced with more negative outcomes to let people know how bad it can get. Help them look at storms in a new way,” Strang said, admitting that it’s likely some residents will stubbornly stay behind no matter what plan is put into place. “In those cases, we have to help them prepare as best as we can. We have to encourage them to have disaster preparedness kits, batteries, radios and all the items that we know will help them weather the storm as best as they can.”