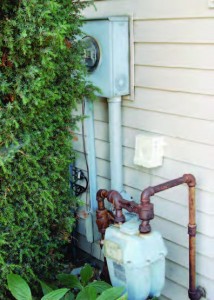 Municipalities need funding for a wide variety of community projects, including the acquisition of new vehicular equipment, infrastructure improvements, software upgrades, public works initiatives and other community services. Whatever the need, there are a host of options such as grants, bonds, loans and tax-exempt leases that can help.

“Equipment is one of the biggest budget line items and the cost of a typical fire engine or ladder truck has risen far more than what the municipality has been able to save for it,” said Dawn Beckerman, president of Municipal Funding Solutions LLC of Burr Ridge, Ill.

She added that communities often operate on the envelope system to see that every department gets a slice of the pie. More and more often, however, they get to the point where they don’t have enough money in the kitty for everything.

There are a number of reasons for this. Perhaps tax receipts haven’t come in as high as they did in the past, or the community eschews the thought of spending $200,000 on a major piece of equipment when at the same time a lot of the workforce is being laid off. Communities that rely primarily on property taxes are at a disadvantage compared to those that have a large shopping mall, where sales tax contributes to the overall bottom line. Beckerman said that whatever the reason, when municipalities call her they all want to know the same things: How much can they borrow? How long can they borrow it? And what is the lowest interest rate?

Kelly Zabinski is the treasurer of Stone Park, Ill., and the financing director for several smaller municipalities that are facing money troubles and need assistance. She contacted Beckerman when Stone Park wanted to replace its 30-year-old water meters with Smart Meters, which read more accurately and level their customers’ billing cycle. 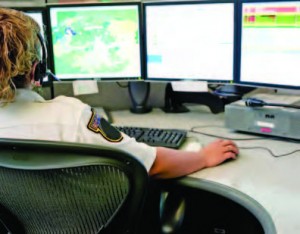 Emergency services are among several crucial municipal responsibilities that can’t be cut regardless of a city’s financial situation, so more are turning to experts who can help them creatively fund their needs. (Shutterstock photo)

“It’s not always easy for us to obtain bonds, so funding was the simplest option at the time,” Zabinski said. “Since we made the switch, we have seen a 19 percent increase in revenue from the meters because they are more accurate and there is less estimating going on. The increase helps us pay off our notes in less time.”

Beckerman said the smart meter technology is a hot topic for public works departments who are losing profits due to outdated equipment and lost product that cannot be accounted for. 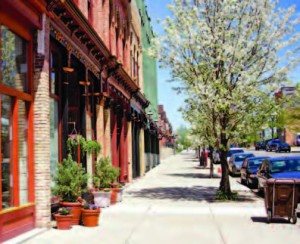 Resurfacing streets, repairing sidewalks and offering beautification projects like façade restoration are only a few of the responsibilities that stretch the budgets of cities both large and small. (Shutterstock photo)

“Several municipalities have found that when they have proper elements in place, they are often able to pay off their loans in less time than they expected,” Beckerman said. “That’s only for the residential side of things. When you consider the commercial side of it, those meters pay for themselves in a year.” As more and more municipalities look to upgraded technology, equipment and other improvements, she added, there is a greater need for funding options that give communities what they need along with the most favorable terms and competitive rates.

“Money troubles are common in smaller communities, and sometimes you need a firm that can help you find the best financing for your needs,” Zabinski concurred. “Realistically, for the size of our town, it was the way to go.”