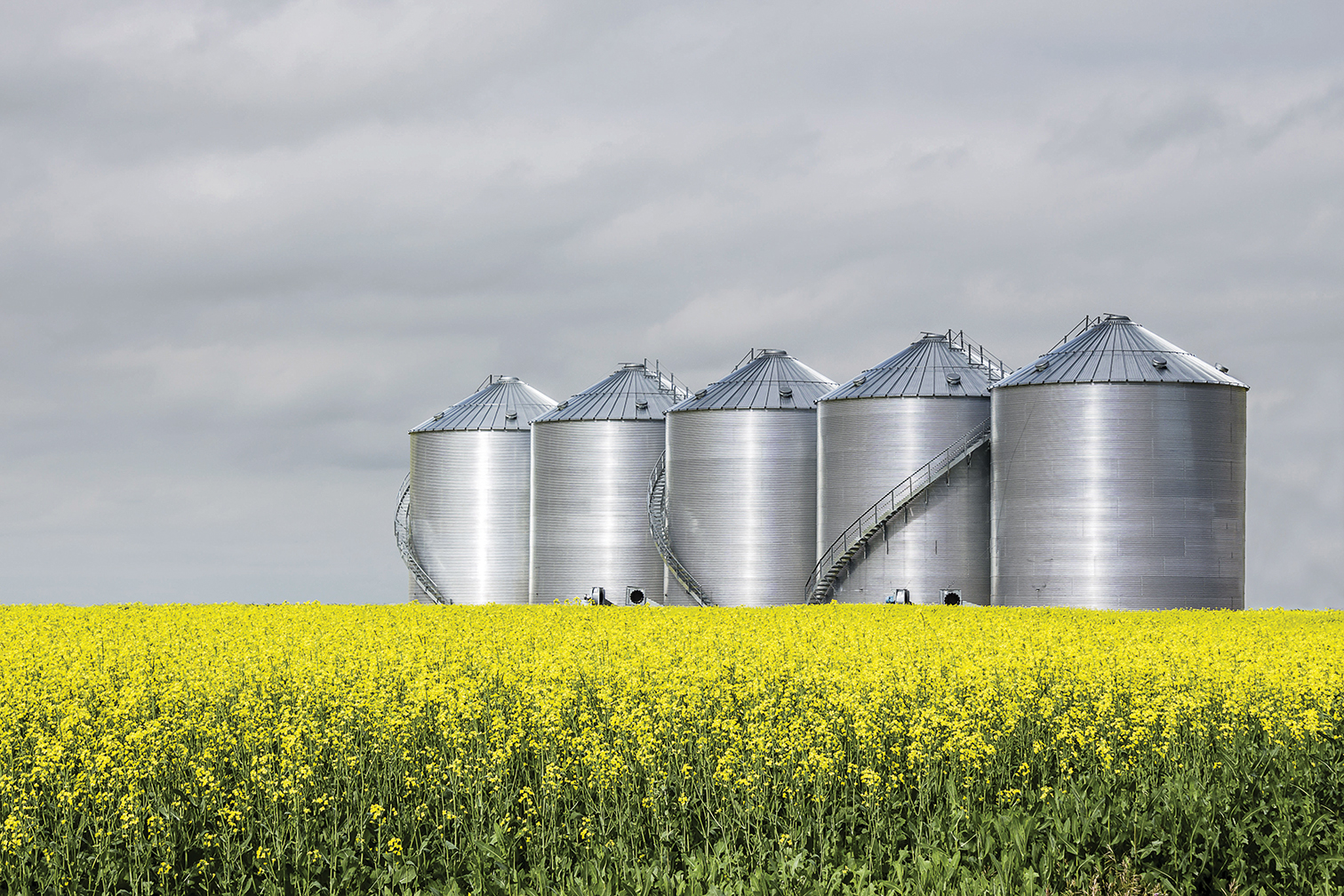 The scenario is all too real. A 911 dispatcher receives a call that a farmer has fallen into his grain bin. Though the individual kernels are solid, together they create a condition similar to quicksand. Each movement causes the kernels to shift beneath him until he is in up to his chest with no way to pull himself out.

Rescuers arrive and climb to the entrance. Peering in, they know that if they step into the grain, they too could become trapped and their efforts could end in multiple fatalities, their own included. Fortunately, they have the right equipment, plus hours of training, and are able to save the farmer’s life.

While they may not be as common as fires or vehicle accidents, silo, or grain bin, entrapments still occur each year, and the outcome can be tragic. Facilities like the Wayne County Regional Training Facility in Apple Creek, Ohio, are working to change the statistics. 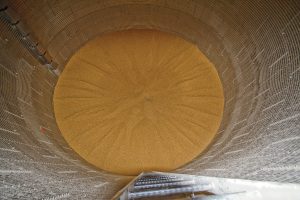 Pockets can form in grain stored in silos, which can cause a farmer to fall through. Grain acts much like quicksand, and any movement only causes the person to sink deeper. (Shutterstock.com)

Just like pulling a victim from a burning building, extracting somebody from hundreds of pounds of grain requires knowledge, skill and the ability to think quickly.

For the first time, the facility is offering hands-on grain bin extraction training thanks to two life-size grain bins that have been installed at their location.

“What we’re being blessed with is the Taj Mahal of the entrapment course,” Agricultural Program Director Brandon Nettleton said. “Our area farm bureaus here have chipped in; many local businesses have climbed on board with this beautiful structure.”

The largest of the training silos will be a 24-foot outdoor storage bin, complete with a full grain assembly. It will hold around 7,000 bushels of grain. The facility is building a second, 15-foot indoor silo, which will hold around 2,000 pounds of grain. Both will function much like actual grain bins, providing lifelike conditions for rescue training.

The facility will take every precaution during training scenarios. “Victims” will be harnessed in and then buried up to their waists or stomachs. This will give them the full experience of all of those pounds of grain pressing in on their bodies, Nettleton said.

Once the “victim” is in place, a live, simulated rescue scenario will unfold.

In agricultural areas, grain bin rescue training is a necessity. According to Nettleton, from time to time a farmer may enter a full grain bin for one reason or another. This may be something he or she has done a hundred times, but it may be that hundred and first trip that claims the person’s life.

“A farmer might think he is walking across a solid playing field of grain, but there is a pocket and he falls through,” Nettleton said. “That grain pushes in on them and it’s something that can happen very quickly and can, unfortunately, be very deadly.” 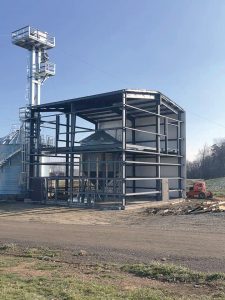 In these situations, panic can set in as the farmer struggles to get out. Unfortunately, the grain acts much like quicksand, and the movement only causes the person to sink deeper, up to the waist, chest or neck. In a worst-case scenario, the person will go under completely.

“A call like this is something a first responder has to methodically think out,” Nettleton said. “This doesn’t just happen on everyday farms. This happens on big grain handling facilities as well. So first responders have to think methodically through the process: ‘What kind of grain am I working with?’ ‘Where is the farmer trapped?’ ‘How am I going to get to the farmer and not get trapped myself?’”

Once responders have reached the farmer, the extraction process begins. This involves assembling a tube around the person. This relieves the pressure and prevents additional grain from flowing in. Next, workers begin removing grain from inside the tube. This can involve anything from buckets to augurs driven by sparkless drills. Harnesses and ropes may also be involved.

In 2014, Nettleton said there were 38 documented grain bin entrapments and 17 were fatal. In 2017, 23 entrapments were documented, with nine reported falls into or from grain storage structures. Two ended with asphyxiation and eight involved entanglement.

“So, it’s not always just the grain itself, it’s the equipment that coincides with it,” Nettleton said.

Installing the silos has opened numerous doors for the facility to expand its agricultural rescue course offerings.

“Our program is up and coming,” Nettleton said. “This prop has just been built in the last year. Up until this point, we have not trained in grain entrapment.”

A commonly used method is mobile trailers, which travel from location to location throughout the country.

“They’re great, but the downfall to that is most of the time these departments have to train outside,” Nettleton said.

Thus, they are at the mercy of the weather and the time of year. Some large grain facilities in western Ohio have been willing to host rescue training; however, this often needs to be planned around hectic business schedules, Nettleton said. 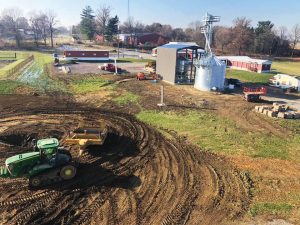 “Our biggest blessing is this is going to allow us to train 365 days night or day,” Nettleton said. “They are lighted, so you’ll always be able
to train.”

Wayne County Regional Training Facility is celebrating its 30th anniversary this year. It reaches first responders in Ohio and six surrounding states. Besides grain bin rescues, other agriculture-related training scenarios include farming equipment and hazardous materials such as anhydrous ammonia and even manure.

“A lot of folks don’t think of (manure) as a hazardous material,” Nettleton said.

However, if a vehicle hauling manure is in a traffic accident, a hazardous situation could unfold.

“That can quickly turn on you because you have a mess on the roadway, and it can get in the creeks and streams and create a bigger eco hazard,” Nettleton said.

This September, the training facility is scheduled to be on a county farm tour. Between 2,500 and 3,500 guests are invited to an open house, where they can view the grain rescue prop.

The facility offers first responder training in a wide variety of areas, not just farm rescue.

“Our mission is to continue to educate not only first responders but also industry workers and general public,” Nettleton said. “The mentality is, if it’s one life saved, it’s our time well spent and well invested.”

NEXT: The Municipal Top 10: Ten safest cities in America