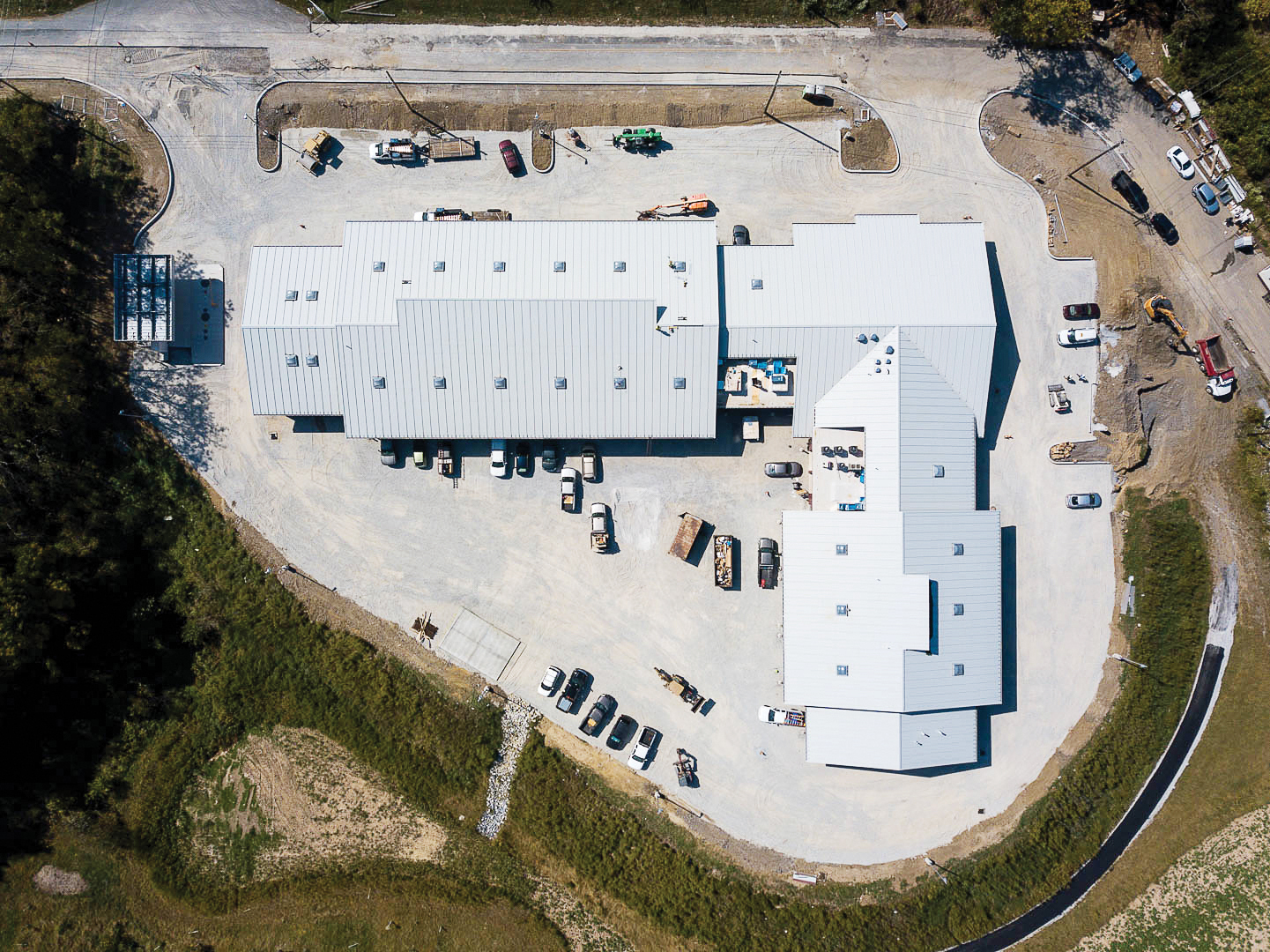 At 35,000 square feet, Lancaster, Pa.’s, new public works operations center will streamline its operations by putting them all under one roof. (Photo provided)

For decades, the public works department in the city of Lancaster, Pa., has been held back by having too many of its bureaus located under multiple roofs. This prevented effective communication between the bureaus from taking place, but that’s recently changed.

In August 2018, the city broke ground on a $10 million, 35,000-square-foot public works operations center and its parking lot on a portion of a 13-acre plot of land the city already owned. The new facility is large enough to house several bureaus, including parks and facilities, motor vehicles, the street department and the traffic bureau. The new building is also home to the solid waste and recycling coordinator, who assists in multiple facets of the different bureaus.

Ultimately, the building is able to house more than 70 public works employees and has an area for storing and maintaining city-owned vehicles. 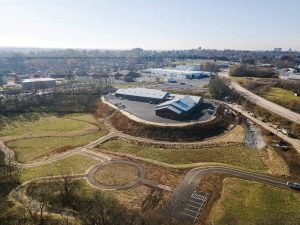 A greenway was incorporated into the public works operation center project, providing recreation opportunities for residents and employees alike. There is also a parking lot available for use.
(Photo provided)

“A lot of it’s for communication, efficiency and for convenience for the public,” said Matthew Metzler the Lancaster deputy director of Public Works and Construction Services. “Prior to this project, our parks and facilities department was housed at a location and our streets, motor vehicles and traffic bureaus were housed in a different location.

“There were a lot of employees that reported to multiple different managers and supervisors and this serves the public a lot better for multiple reasons.”

Unlike many other capital projects of this scale, Lancaster was able to meet its completion date on the project, which prevented the city from incurring additional costs. But there was a delay when it came to starting construction. The initial bid was $7.8 million, but after a vehicle fueling station was added, as well as other features, the overall cost of the project increased to its current price.

The new building is located just outside of the 59,000-person city, in northeast Lancaster Township. While this may not be ideal logistically for every resident, it did allow part of the construction on the project to encompass a new greenway trail system and an additional parking lot where people using it could leave their vehicles.

“The facility also has a public rec component to it,” Metzler said. “This property borders the Conestoga River, and there’s a countywide push to have a natural greenway created along the river. The portion of the property located between the building and the river was turned into a public rec opportunity. There’s a trailhead, some asphalt trails are created for biking, running and walking and stuff.”

The greenway will need further construction before it’s complete, but by adding it into this other construction project, the city was able to get the ball rolling and save overall costs. The greenway is already operational and provides a nice, convenient way for employees to enjoy the outdoors as well. 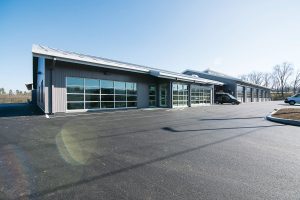 Effective communication between the city and its contractors kept the new public works operations center on schedule, saving money in the process.
(Photo provided)

In order to make sure the project was completed on time, Metzler made sure he kept up effective and consistent communication between him and the contractors.

“The contractor did an excellent job of committing to and staying on a schedule,” Metzler said. “We had five prime contractors; the general contractor managed to maintain the schedule and just good communication with the project team, (which) allowed us to make sure that we were able to make this date today. We’ve all been on the same page for probably the last 35 to 45 days.”

In addition to allowing for more effective communication, the new public works facility is also cost-effective when it comes to heating and cooling, especially since some of the old buildings were poorly insulated and were likely going to need to be updated by the city. Instead, Lancaster can now shed some unnecessary real estate.

While moving a large portion of its public works department into one facility was a process with a lot of moving parts, Metzler said the city was already familiar with such a move after consolidating its water department just a few years ago.

“I just finished the water administration building two years ago doing the exact same thing, taking multiple water department locations and combining them into a single facility,” he said. “A lot of the locations all reported to the same people and had the same administrative assistants and there were just a lot of
inefficiencies.”

NEXT: Atlanta Department of Watershed’s fleet sharing and automation project