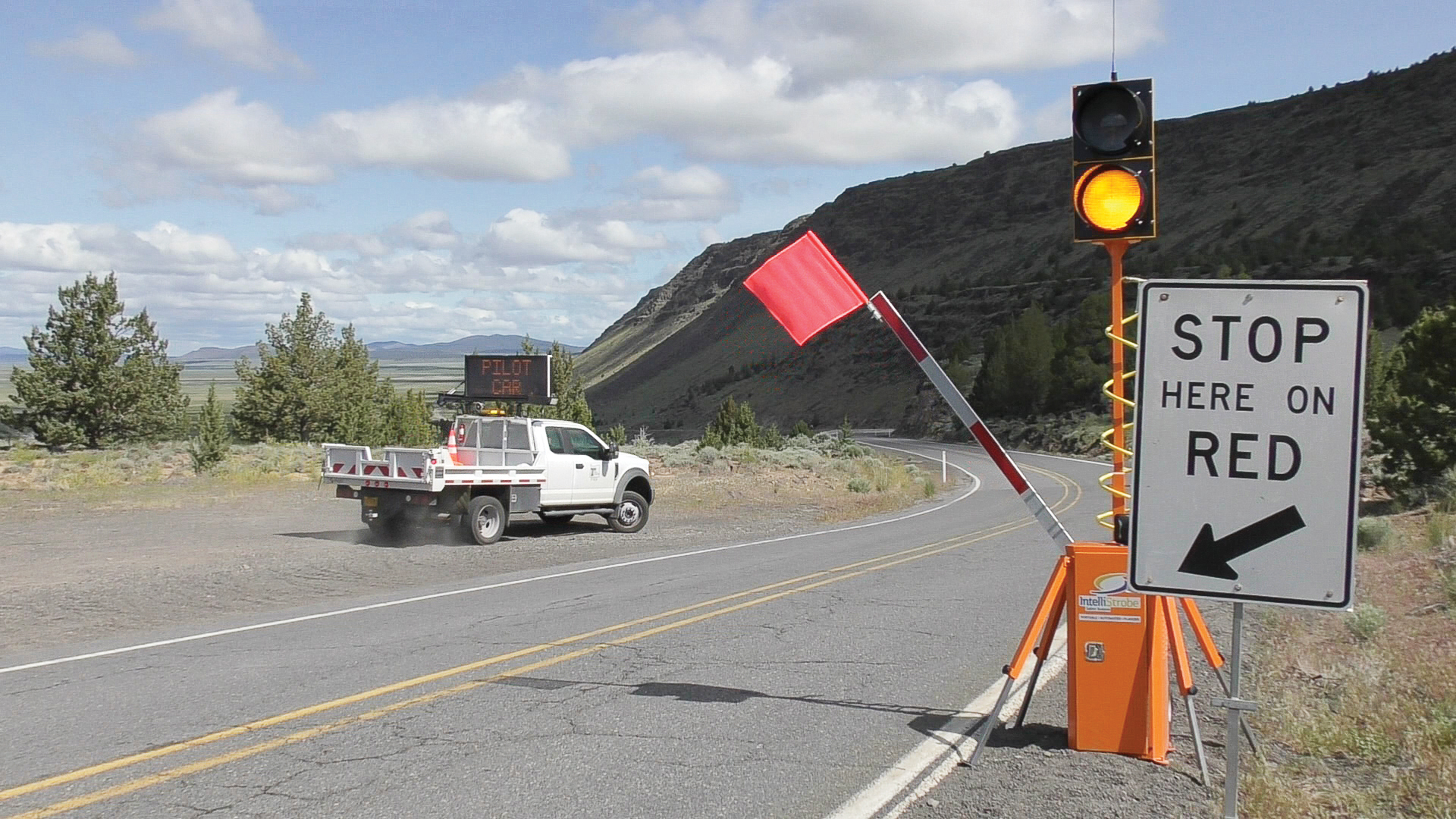 A human flagger operates each AFAD at a safe distance or possibly from inside a vehicle. (Photo provided)

Robo flaggers are becoming more popular with departments of transportation and cities as they offer greater safety for workers. Admittedly, not every state has implemented them as of yet, but there is certainly something to be learned from those who are on the forefront and using them on a regular basis. Oregon and Washington are two states, in particular, that are using robo flaggers with success.

“Of utmost importance is the protection of all workers,” stated Tom Strandberg, Oregon Department of Transportation Region 5 public information officer.

While beneficial, utilizing new technology such as the automated flagger assistance device does not automatically guarantee employee safety. More specifically, the AFAD is meant to protect workers from being struck and/or killed by vehicles, but if drivers are unaware of the new technology, the issue of safety remains.

“This is why a media campaign designed to educate the public is crucial,” said Strandberg. Drivers need to understand that a worker may actually be located nearby despite not being immediately visible. 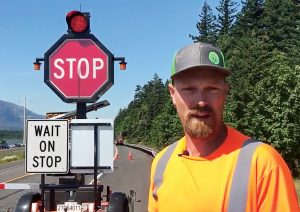 AFAD’s promote safety for all workers; however, drivers often need to be educated about their use to maintain safety. (Photo provided)

Justin King, a work zone engineer for ODOT, described the AFAD as “similar to a traffic signal with red and yellow indicator lights without the green one.” The missing green indicator light can be a source of confusion for drivers. According to King, the incidence of drivers maneuvering around an AFAD’s arm is particularly common in rural areas. There have actually been cases in which an AFAD was hit instead of a flagger. As King noted, “The AFADs are just something else for a car to hit, which, fortunately, is instead of a human flagger.”

Even though it may appear as if no human flagger is in the vicinity, it is important to note that someone is in fact nearby. A human flagger is operating the device at a safe distance or possibly from inside a vehicle. One who has been taught to work the AFAD is also required to carry an Oregon flagger card and complete a one-day training course.

“This arrangement ultimately works out to be more costly when considering the expenses associated with paying a human flagger in addition to that of the AFAD itself,” indicated King. On the plus side, a human flagger is available in the event that an AFAD malfunctions. “And there will be times where it makes sense to use a human flagger because he or she is faster to deploy rather than waiting to pull the AFAD via truck to the next desired location.”

There are situations where AFADs are appropriate and times when they are not. Barbara LaBoe with Washington State Department of Transportation communications offered the example of “a two-lane highway where one lane can be closed” as ideal for using an AFAD. As is the case described by King, LaBoe emphasized the point that drivers can and do drive around the arm of the device. When this happens, “an alarm that serves as an extra safety feature begins to sound immediately to alert human flaggers to be cautious and remain on the lookout for an approaching vehicle.”

The distance an operator maintains between himself or herself and the AFAD is considered a buffer. As LaBoe pointed out, “As for distance, our operators are normally within 50 feet of the machines (though sometimes inside a vehicle for extra protection), but they can be operated up to a few hundred feet away.” 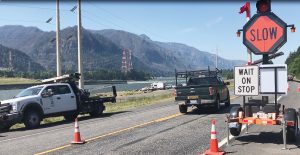 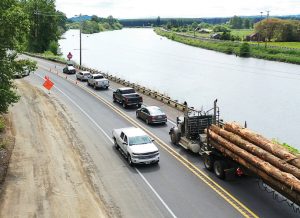 Washington State Department of Transportation uses a drone to snap a photo of its AFAD in action. If a vehicle drives around the arm of the device, an alarm alerts human flaggers to be cautious of an approaching vehicle. (Photo provided) 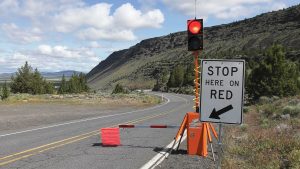 Oregon Department of Transportation’s automated flagger assistance devices uses red and yellow indicator lights. The lack of a green light can lead to some confusion at times for motorists, which is why ODOT found a media campaign to be crucial. (Photo provided)

The value in having an operator conveniently close at hand is made all the more apparent given one of the challenges of using AFADs. That is, “the device’s battery will not last an entire day, meaning it will need to be plugged into a work vehicle,” stressed LaBoe.

All in all, the benefits of using robo flaggers definitely outweighs their drawbacks. LaBoe wants to remind the public that drivers need to slow down in work zones regardless of whether they are manned by AFADs or human flaggers. “It is true that workers get a lot of grief for traffic delays and drivers dread being backed up in traffic, but it is not worth it for a driver to endanger oneself or the workers for the sake of saving time and staying on schedule.”

After all, there will always be cases of distracted and/or impaired drivers no matter the situation or available technology. The key to staying safe is being alert, both for drivers and workers.

NEXT: Mobility is a community endeavor in Sugar Land, Texas