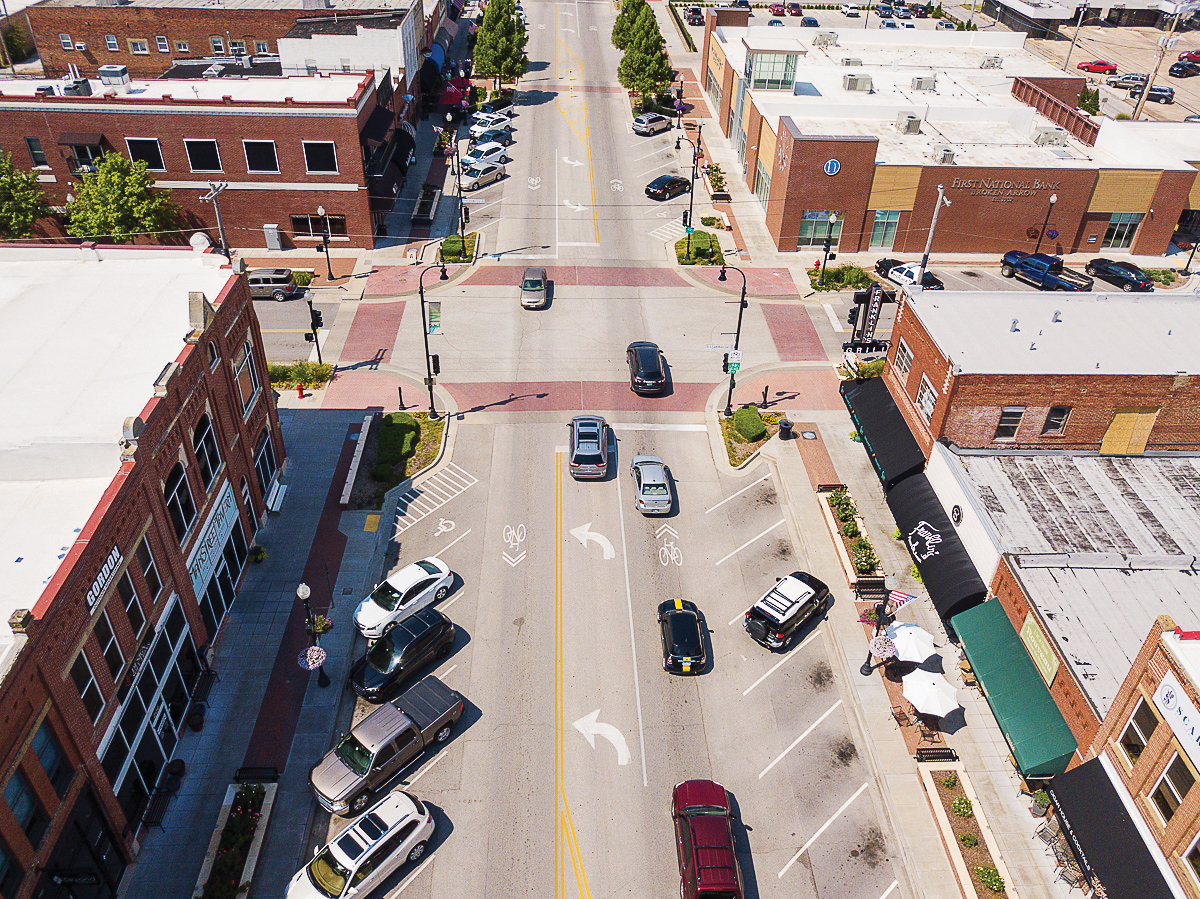 Broken Arrow, Oklahoma, was a city with a plan, and with good timing and funding, its goals have been realized with the Rose District, a streetscape project that has reshaped its downtown.

“The Rose District streetscape is a direct result of the downtown master plan adopted by the city and our city council in July 2005,” Farhad Daroga, Broken Arrow’s placemaking manager with the Department of Community Development, said.

To craft the plan, the city formed a citizen committee of 15 to 20 people in 2003-2004 to study the downtown. A consulting firm — Clarion from Denver, Colo. — was hired to help the committee formulate the plan. Also involved throughout the process were the local chamber of commerce and business owners.

Daroga noted, “With the help of city staff and the consulting team, the committee met for approximately one year and presented the downtown master plan to the city council and the public and the Main Street merchants and business owners. After many meetings and hearings, the downtown master plan was adopted on July 5, 2005. The plan was to revitalize and rejuvenate Main Street and the old downtown of Broken Arrow.”

As a part of that rejuvenation, Broken Arrow turned to road dieting, converting Main Street from four lanes to three while allowing for wider sidewalks. To further placemaking efforts, landscaping, including the inclusion of rose flowerbeds; special lighting with decorative poles/fixtures; and mid-block crossings were included in the plan. 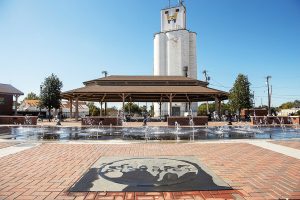 The Rose District Plaza hosts the local farmer’s market. The land was donated by Arkansas Valley Bank, with another portion of the land being used to construct the Broken Arrow Museum. (Photo provided)

Narrowing the street hasn’t been a problem for Broken Arrow, according to Daroga. “With the four lanes, traffic moves faster. With three lanes, traffic slows down and gives drivers an opportunity to interact more with their surroundings.”

This, he added, has been beneficial to downtown businesses in addition to pedestrians since it promotes walkability and safety.

“There is a perceived complaint that there is not enough parking,” he said, noting there is actually quite a bit, just not necessarily directly off Main Street. “They might have to walk half a block to find it.”

During the roadwork, downtown sidewalks were widened and mid-block crossings were added, furthering walkability. “Not all communities like mid-block crossings, but they have been successful for us,” Daroga said, noting it has not only promoted pedestrian use but safety with their design and use of lights. “We designed the crossings with the right dimensions. You can’t just put paint down. They also have flashing lights that automatically flash when there is a pedestrian out there. It works pretty well.”

Broken Arrow also welcomed its very first bikeway. Daroga said, “The Main Street Bikeway from the Rose District south to Washington Street is complete and has been a success. The second phase, going south, will be done in the near future to New Orleans Street. This bike trail, which is a part of the regional GO Plan, will be extended south to the Creek Turnpike. This will be done in phases and will be funded partially by federal, state and local funds.”

When it came to the streetscape’s components, he said, “The streetscape plan (for landscaping, sidewalks, lighting, etc.) was done by another local architectural firm (R.L. Shears Company) around 2011-2013. The Arkansas Valley Bank donated land for the (Broken Arrow) history museum and part of the farmer’s market.”

In additional to the farmer’s market, a host of other events, both new and old, are hosted in the Rose District, including Rooster Days; the Christmas parade; Night Out Against Crime; Holiday Tea Off; Shamrock the Rose; Chalk It Up; Wine, Eats and Easels; car shows; and more. In June there are also live bands at the farmer’s market pavilion.

The special lighting installed by Broken Arrow only adds to the atmosphere. The lampposts have built-in speakers through which music can be played in addition to misters, which keep hanging baskets looking nice during spring and summer. There are also electrical outlets, where people can plug in during events for temporary electricity.

“The overall general response from residents, visitors and businesses has been tremendously positive,” Daroga said. “This plan and the project have been recognized with awards and recognitions, locally and regionally.”

It is unsurprising this boost in traffic has brought more development to Broken Arrow’s downtown. This has included the removal of an old gas station at Main and West Kenosha streets and replacing it with a new barbecue restaurant. Other developments and changes are coming to other parts of Main Street, too. 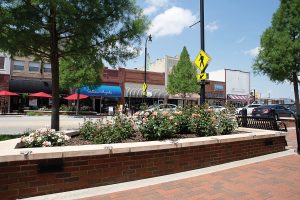 Pictured is one of Broken Arrow’s mid-block crossings, which have successfully improved pedestrian safety. (Photo provided)

The lights come on during Holiday Tea Off, which is organized by the Main Street Merchant Association. During the event, visitors can explore downtown shops while also enjoying refreshments, entertainment, gift vouchers and more. 2019’s event was held Nov. 14.(Photo provided)

“The city adopted a new downtown residential overlay district (DROD) plan (at the end of 2017), which is part of our zoning ordinance, which has promoted and brought a lot of new residential construction into the downtown area,” Daroga said. “A new four-story, mixed-use project — Milestone — is under construction, expanding the streetscape one additional block. This project will have several new restaurants, shops and over 90 apartments in 2020.”

Ground was officially broken on the project Sept. 14, 2018. Located on the north end of the Rose District, Milestone will be an additional fifth block to the currently four block district. The south end is bookended with the Broken Arrow Performing Arts Center, which was built in 2009. It brings in concerts, Broadway tours and other speciality shows and events while also serving as the official location for Broken Arrow Public Schools’ fine arts program.

With all of these additions and existing businesses, Broken Arrows has witnessed an increase in sales tax, business activity and pedestrian traffic.

Daroga shared an anecdote about the Rose District’s success. “I have worked here on the east side of the Rose District for years and have attended a lot of community meetings and city council meetings. It used to be that I’d go home after the meetings at 7 p.m., 8 p.m. and would just drive home. There would be no cars after 6 p.m. Now if you are leaving here, you’d better watch out. There are a lot of pedestrians.”

He stressed the importance of investing public funds into such a project, which in turn sparks private investment.

“Overall the success came from using multiple funding sources (federal, state, local) with the time being right,” Daroga said, noting it has been a project the city has wanted to launch earlier, but it didn’t have the necessary funding available. “We had the master plan ready. If we had funding and no plan, it wouldn’t have worked and vice versa.” He added, “That kind of investment in public money and the subsequent private money investments really turned downtown around.”

NEXT: Monroe, Michigan returns to the river