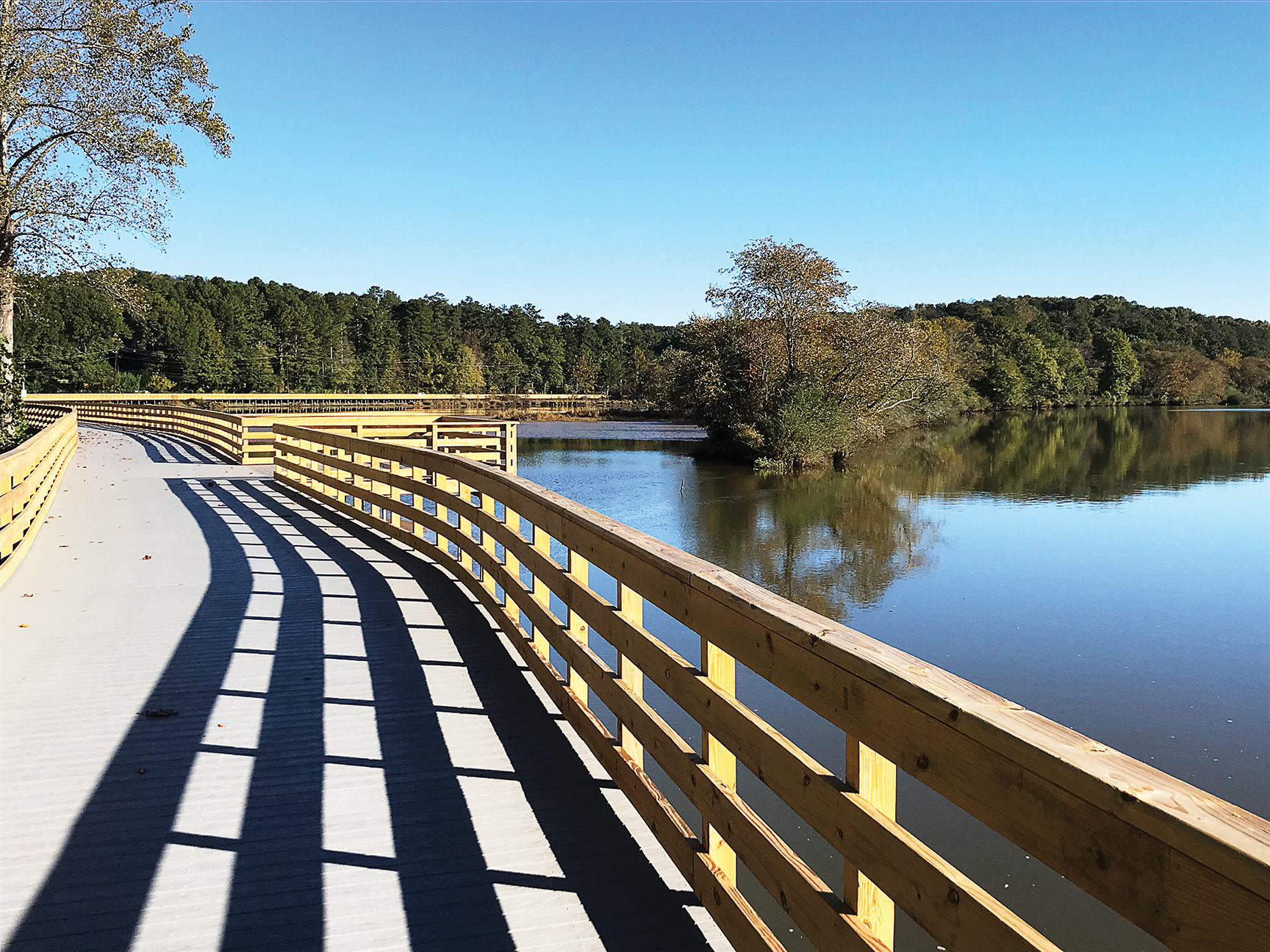 Pictured is Roswell Riverwalk over the Chattahoochee River. (Photo provided)

A career in parks and recreation seemed a natural path for Roswell, Ga.’s, Director of Recreation, Parks, Historic and Cultural Affairs Jeffrey Leatherman.

He took the position in Georgia just over a year ago but parks and recreation has always been a part of his life. Growing up in Truckee, Calif., he was attending summer camps from the time he was 6 months old. He shared that his father was a youth pastor and teacher and his mother was also a teacher, so he and his brother spent summers at summer camp. 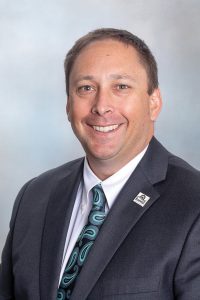 Jeffrey Leatherman, director of Recreation, Parks, Historic and Cultural Affairs for the city of Roswell, Ga., has always been involved in parks and recreation. (Photo provided)

Leatherman said, “I had the luxury and the privilege of growing up in the mountains, just outside Lake Tahoe, with everything I could want right in my backyard — and that transitioned to a love of the business of recreation.”

His first job was parking cars at the ski slope so he could earn his ski pass, and from there, he taught skiing and became a lifeguard. His first official paid position was as a lifeguard at age 15. He said he had a couple of great mentors, who were in the recreation profession, when he was in high school and they “turned me onto the recreation industry as a lifestyle.”

He graduated and went to southern California to attend California State University at Chico, Calif., and graduated with a degree in recreation administration with an emphasis in community and commercial recreation and a minor in marketing. After graduation, he got a job as a general manager for a lake and marina operation at one of the newest reservoirs in California that opened in 2003 around the time he took over.

From there, he took a position as general manager for Valley-Wide Recreation and Park District, which served three cities and 800 square miles, including 84 parks and trails. He had 64 full-time and 150 part-time employees.

“That was a great operation. It provided recreation similar to what large cities provide.” 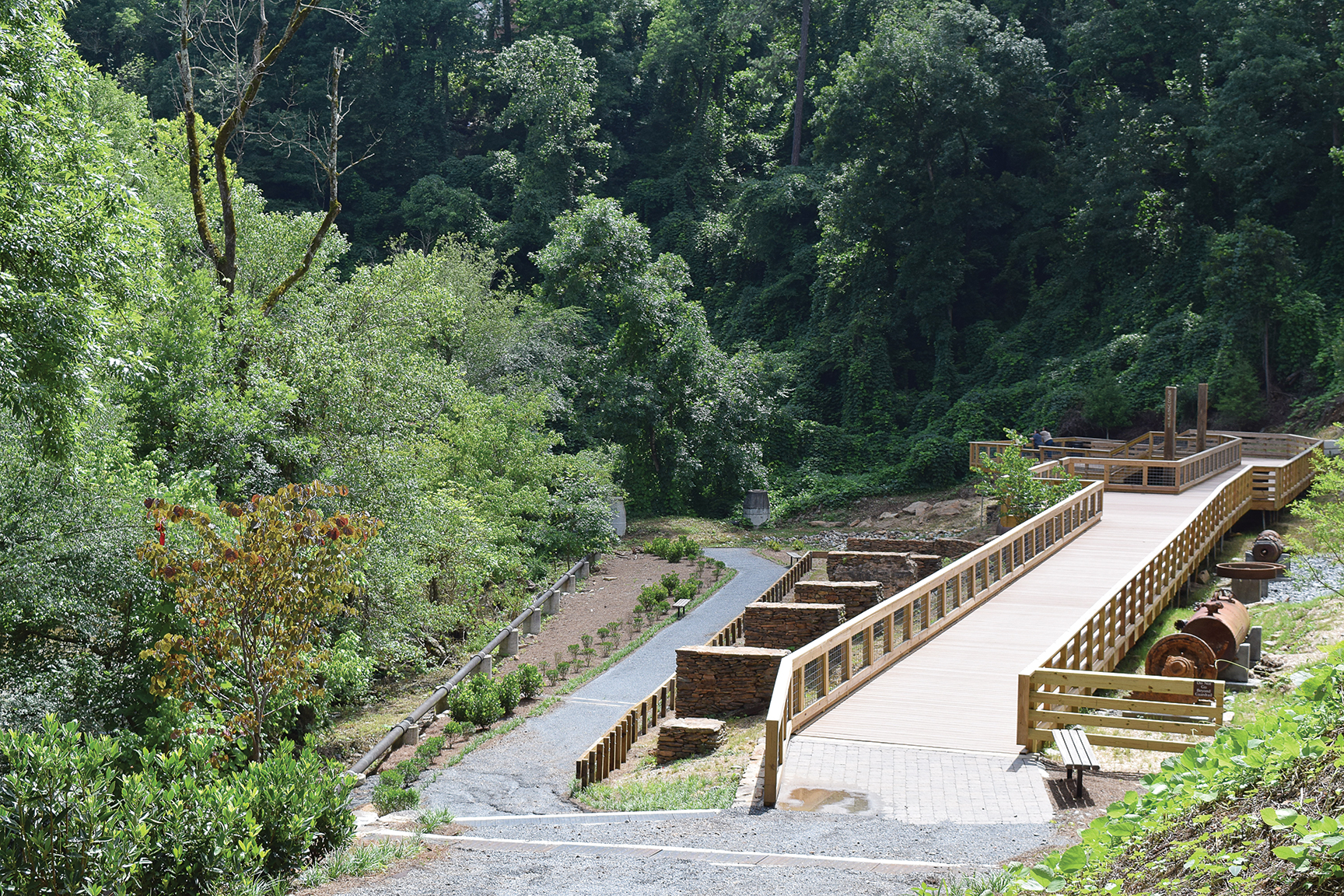 The Old Mill Park boardwalk was recently constructed and allows access to see the ruins of the old Roswell Mill. (Photo provided)

About a year ago Leatherman said he received “a wonderful opportunity when I was selected as director of recreation, parks, historic and cultural affairs.”

He and his wife and four sons, ages 6 to 13, moved to Roswell, and he said not only was it a great opportunity for him, but they moved into “a great community, great neighborhood with great schools — it’s been a good transition.”

The award application was already in process before Leatherman came into the city. Restoration of the historic machine shop and old Mill Park played a role in Roswell receiving the award. Old Mill Park has a beautiful waterfall and park and is on the Chattahoochee River. The Roswell Mill put the city on the map in the 1830s, manufacturing cotton and wool; it was the leading manufacturer of Civil War uniforms. 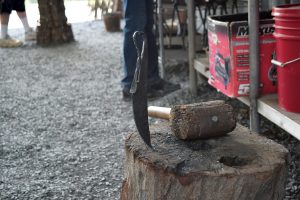 The city of Roswell has a historic blacksmith shop that was opened and operational the last couple of years. The Forge at Art Center West is located in Leita Thompson Memorial Park. Classes teach residents the art of blacksmithing in three, six or 12 hour sessions where they can make a variety of useful and beautiful items for their homes. (Photo provided)

The National Park Service put in 120 galvanized steps leading down to the water, and there’s a new elevated boardwalk allowing visitors to explore the mill ruins and equipment, like a huge turbine that was operational until 1975 but was then buried by kudzu. The city brought goats in to clear the kudzu.

One of the unique things about Roswell is that besides parks and recreation, historic and cultural affairs are included under the same umbrella. Leatherman said the city owns four historic properties. Three of them are house museums that once belonged to founding families of the city.

The fourth historic home — Mimosa Hall — was just purchased and the city is restoring it into a community center for activities and programs.

Leatherman said, “What makes us uniquely Roswell is that we provide services they can’t get anywhere else. Other communities are trying to manufacture what we have naturally.”

He was referring specifically to the historic facilities that are still standing. “We have the privilege of being stewards of those properties.”

The biggest advantage of Roswell’s park system, according to Leatherman, is they have “a combination of different offerings” — like managing a blacksmith shop where they teach residents the art of blacksmithing, a clay-making class, arts center and even a demo kitchen with cooking classes for ages 3-4 to adults and seniors.

“We have a couple’s dinner course that’s right inside one of our park facilities so they don’t have to travel outside the city,” he said.

Roswell also has “core traditional facilities” like baseball and soccer fields and also a world-class gymnastic facility. It’s adding another 5,000 square feet to that facility because “the program is so large it’s literally bursting at the seams.”

The biggest challenge facing Leatherman’s department probably is “how to continue to optimize facilities that reflect diversity and the community’s needs and values and also how to maintain those facilities for the next generations.”

“That’s always the challenge — balancing maintenance dollars versus operational budget,” he said, adding parks and recreation departments “are one of the few municipal services where (residents) choose to participate in what we do. We’ve found the right niche that should be serving the community and is reflective of those values, and as communities change, we need to be nimble enough to make those changes.” 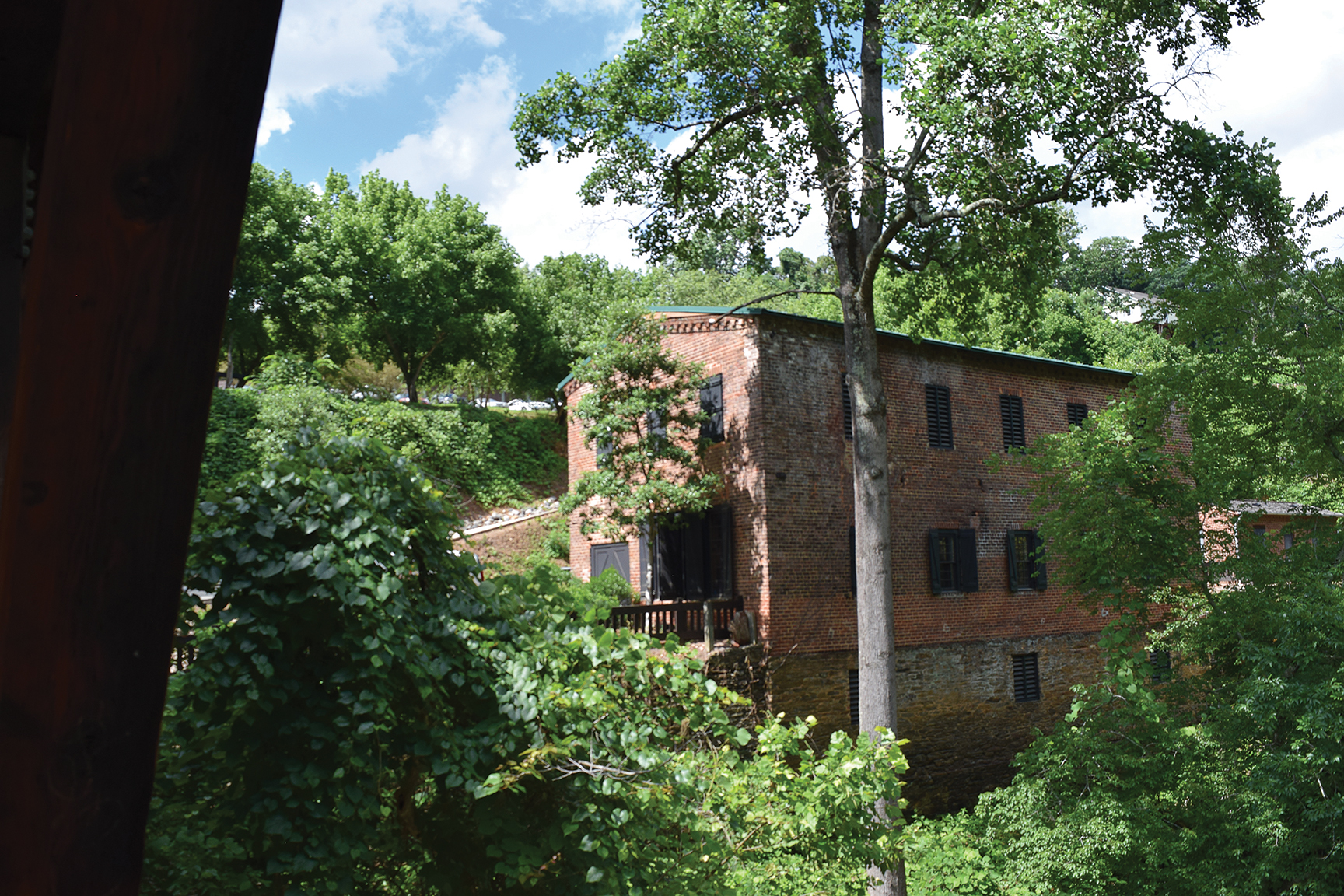 Pictured is the exterior of the historic machine shop at Roswell, Ga. It has been renovated into a venue and event center for weddings, banquets and other special events. (Photo provided)

The park director said parks and recreation departments will continue to be a place for community connection and dialogue; a place where “neighbors meet neighbors and have a safe recreational environment; a place to experience great sports and cultural experiences.”

As an industry, Leatherman believes over the past decade there’s been an intentional weaving together of all those components, connecting history and cultural affairs with recreation and parks.

“To put them all under one roof is the next trajectory of our industry, not dividing them out into different silos,” he said.

He added it is important for every resident from the oldest to the newest community member to know and appreciate the history of their community.

The gold medal award was earned over many years of hard work and Leatherman credited the support from the team, the park board and city administration, all of which helps drive excellence.

“It’s a team effort — all of us working together as a department — I’m just one piece; there’s a lot of leadership support,” he said.

Leatherman is also pleased to have a career that he hopes will create fond memories for the people he serves.