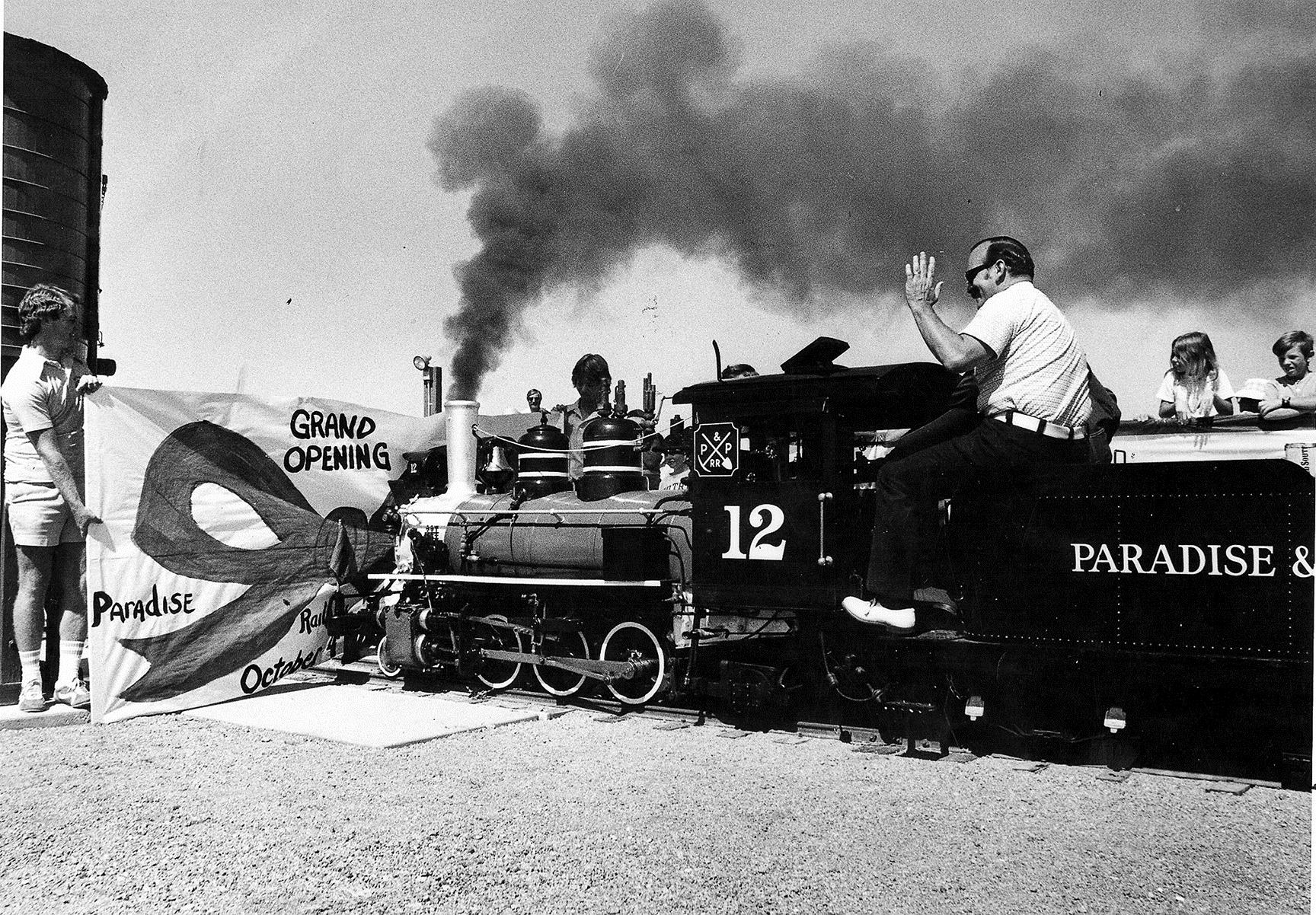 “We like to call it the happiest place in Scottsdale, (Ariz.),” Darryl Grimes, assistant recreation coordinator, affirmed, referring to the McCormick-Stillman Railroad Park. The park recently won the 2019 Engaging Local Government Leaders Knope Award for the Best Park or Open Space.

Between 1942 and 1954 Anne and Fowler McCormick began assembling the 4,236 acres that would make up the McCormick Ranch. The ranch was used to raise purebred Arabian horses and Angus cattle. In 1967, Anne’s son, Guy Stillman, had 100 acres of the McCormick Ranch donated to the city of Scottsdale with the stipulation that it be used as a park with the hope of making Scottsdale a better place for future generations.

As a lover of trains, Stillman wished to share this love with everyone through the park. While it was originally planned to be located on the west side of Scottsdale Road, the town of Paradise Valley had complaints. It was then agreed to move the park across the street within the Scottsdale city limits; however, this also cut the park’s land from 50 acres down to 30 acres.

In order to establish a railroad park on the donated land, Stillman chartered the Scottsdale Railroad and Mechanical Society as part of his agreement with the city in 1971. “Guy Stillman created the Scottsdale Railroad Mechanical Society whose sole purpose is to support the park financially,” Grimes explained. “We have been able to secure funds from the society for some of the large projects in the past. We are also able to secure funding through the city of Scottsdale Capital Improvement Projects that will allow us to make the improvements for the new projects starting this year.”

On Oct. 4, 1975, the McCormick-Stillman Railroad Park held its grand opening. Stillman had moved his Paradise and Pacific steam railroad to the park and donated two 5/12 scale narrow gauge locomotives. One mile of track was also donated and laid by volunteers. The park offered free train rides, games, music and a Wild West shoot out. The park’s facilities were at a bare minimum. At this time, approximately $1.25 million had been invested in the park and its facilities.

“The park is always changing. We do still have a building that is the last standing building from McCormick Ranch from the 1950s called the bunk house,” described Grimes. “When the park first opened, there was only the train ride and the Peoria Depot and Roald Amundsen presidential train car. In the 1980s, the park added the first carousel.”

The railroad park underwent a major makeover in 1997. It closed down in 1996 for an entire year in order to complete the remodel. A new 5,000 square foot replica of a 1913 vintage Clifton Station from Clifton, Ariz., was built to serve as park headquarters and a souvenir shop. In order to accommodate a larger number of guests, a new train loading platform was constructed that allows staff to operate a longer train with reduced wait times. New restrooms and a new clock tower were also built. The snack stop concession, carousel and playground were also relocated. As the park outgrew its former self, the remodel also included additional safety measures.