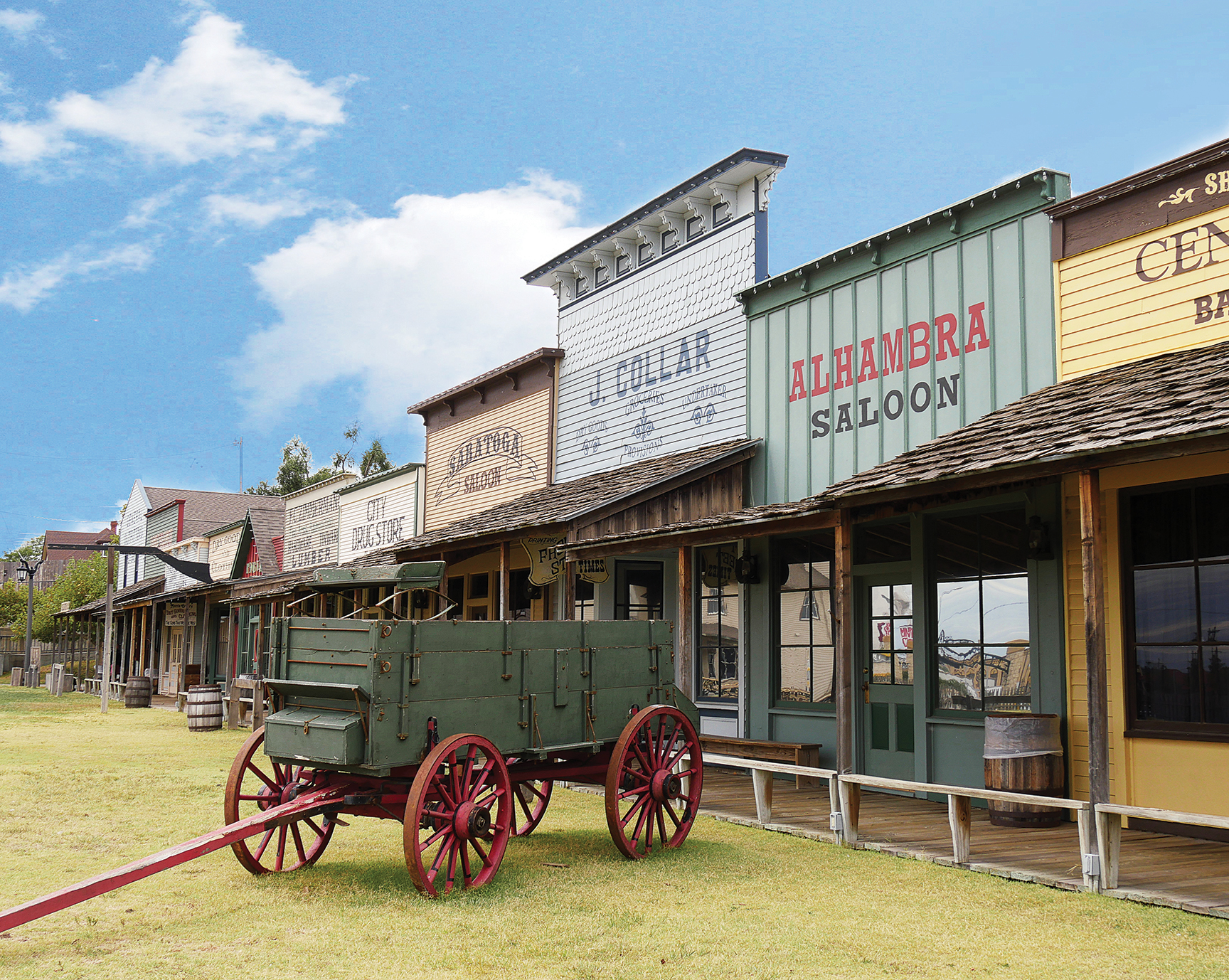 To turn a phrase commonly associated with the Old West, the folks of Dodge City, Kan., “live with their boots on.”

The southwestern Kansas city of 27,340, historically known as the Queen of the Cowtowns, centers its tourism industry efforts on a recreated settlement born of local history and made famous in the radio and television versions of “Gunsmoke.”

Boot Hill, which contains a number of buildings in the replicated cattle town, includes a museum housing more than 60,000 objects, photos and documents from the Old West era.

Initial plans to leverage Dodge City’s infamy as a tourist attraction were met with some resistance. The town was notably wild and rugged, and many considered it the most dangerous place in the U.S. at the time. 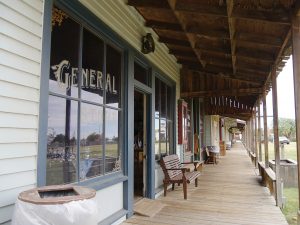 The Boot Hill Museum complex includes a replica of the original Front Street with a series of businesses connected by a continuous covered wooden boardwalk. (Shutterstock.com)

But the Dodge City Daily Globe, in a Feb. 9, 1932, editorial, asked, “Why should Dodge City be ashamed of Boot Hill? Have we become so goody goody that the days of the primitive, elemental West offends our fine sense of right and wrong?”

During the ’50s site, attractions included a hangman’s tree with three nooses, a saloon featuring can-can dancers, a two-cell jail stolen from nearby Fort Dodge — with the eye-winking acquiescence of the fort’s government caretakers — and an open pit inside the 1947 museum revealing the skeleton of one of Boot Hill Cemetery’s original inhabitants.

Over the next two decades, tourism burgeoned to a peak of nearly half a million annual visitors. After the “Gunsmoke” TV series was canceled in 1975, the attraction’s antagonists resurrected their objections, blaming the resultant decline in visitors to site’s grisly bawdiness.

The hangman’s tree and several sacrilegious cemetery headstones were jettisoned and the open grave was covered by flooring.

The area of the cemetery not taken up by the museum’s footprint is now a docile, well-manicured exhibit sporting inoffensive natural wood headstones and educational markers.

In 1985 the complex was accredited by the American Association of Museums.

Boot Hill has a storied history, serving several purposes other than as a pauper cemetery.

The site’s buildings and exhibits hail the gritty history of the area. They include: 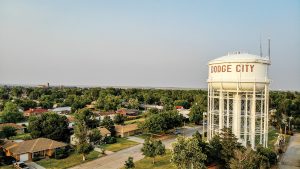 The city’s water tower rises above the peaceful and modern town of Dodge City, in contrast to the often brutal community of yesteryear memorialized in the Boot Hill tourist attraction. (Shutterstock.com)

Nine miles west of Dodge City lies the longest and best preserved section of the Santa Fe Trail. The ruts etched by thousands pioneer wagons have never been plowed over. At the behest of the local Jaycees, the U.S. Department of the Interior designated the “Santa Fe Trail Remains” as a National Historical Landmark in 1963.

The museum complex is open year-round, except New Year’s Day, Thanksgiving and Christmas.