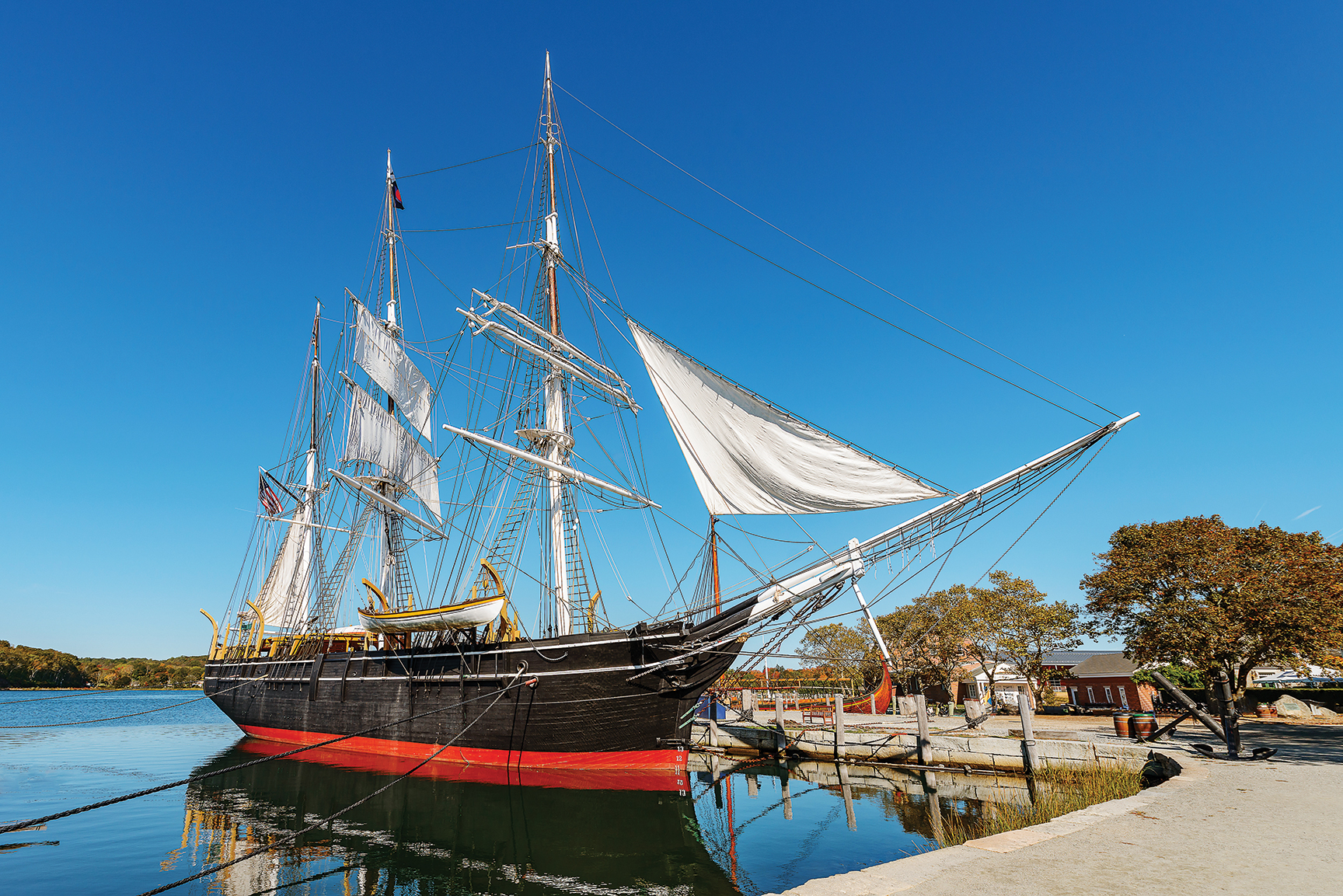 The Charles W. Morgan, an 1841 whaling ship, is the only remaining seaworthy vessel of its kind. It was relaunched in 2013 and now enjoys its permanent home at the Mystic Seaport Museum.

Some municipalities pride themselves in looking far into the future. Mystic, Conn., etched its place on the map by ushering visitors way into the past.

The town of 4,205 residents is ideally situated to have served as a thriving seaport in the mid-1800s, and now boasts the world’s largest maritime museum, established in 1929. The Mystic Seaport Museum campus encompasses 37 acres of indoor and outdoor exhibits composed of more than a million artifacts highlighting the area’s shipbuilding and seafaring heritage. The complex contains more than 50 historic buildings.

The centerpiece of the museum’s inventory of 500-plus ocean vessels is the Charles W. Morgan, the world’s only remaining seaworthy whaling ship, which was built and launched in 1841. 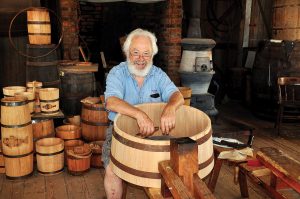 A member of the Mystic Seaport Museum staff interprets the work of a cooper, typically a regular crew member on a whaleship. His job was to construct and maintain watertight barrels for the transport of dry and liquid goods.

The Morgan was hauled to Mystic for restoration in November 2008. After a feasibility study was completed, the museum’s board of trustees voted to relaunch the vessel, one of the most documented ships in U.S. history, on its so-called 38th voyage.

The Morgan was launched July 21, 2013, on the 172nd anniversary of her first voyage. During the eight-week odyssey, the ship docked at various New England ports as 65,000 people toured the ship and its accompanying 22,000-square-foot dockside exhibition. A crew of 15 professional mariners sailed the ship, which was escorted by tugboats and other vessels.

Several original homes have been moved to the campus and are restored to replicate a modest seaport community of more than a century and a half ago.

“It’s like jumping into the past,” wrote one visitor on www.tripadvisor.com. Approximately 91% of the more than 3,000 reviews on the website rated the experience excellent or very good.

Other reviewers divulged their delights in the multitude of educational nuances available at the museum complex.

“Stand on the deck of the Morgan under the small whale boats and look up,” advised one visitor. “That’s where the harpoons are stored.”

Another suggested visiting the town chemist and “tell them you have a cough, cold, nearsightedness, aches or whatever you can think of. See what old-fashioned and potentially hazardous remedy they recommended in the olden days.”

The planetarium provides an educational look at how mariners of the past navigated by the stars, and two theaters offer 3D glimpses into the lives of captains, crews and wildlife in and on the open seas.

Many of the exhibits throughout the museum are hands-on and interactive.

For the past two years in June, the campus has been transformed into a celebration of Viking culture, complete with Scandinavian cuisine, encampments, craft demonstrations, live musical and stage performances, hands-on traditional Viking games, informative lectures and nautical activities.

Other annual June activities include the four-day Sea Music Festival and a three-day wooden boat show. 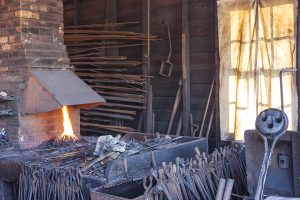 The blacksmith shop at Mystic Seaport is the only surviving shipsmith shop from the 19th century. 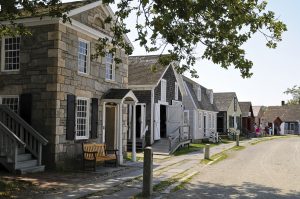 Many of the houses in Mystic Seaport were transported by barge from across the Mystic River. They were reassembled in a representative depiction of a 19th-century seaside village.

According to www.mysticseaport.org, the museum’s signal shoreside attractions include:

According to its latest annual report, the museum drew 259,647 visitors in 2018, including 32,000 students and adults served by its education department. Six new exhibits were opened that year.