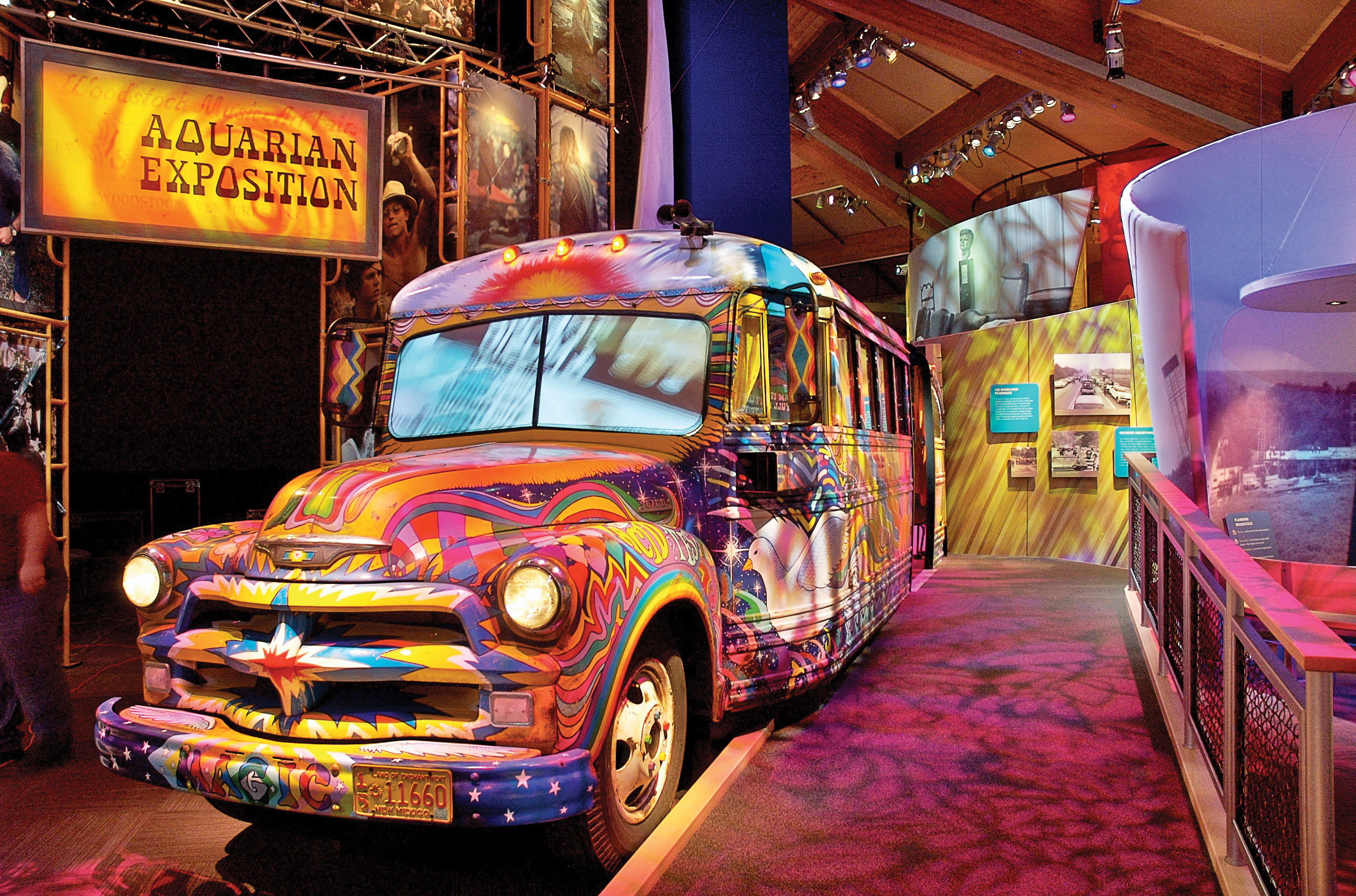 Meet a town catapulted into global fame by an iconic namesake event that never came within 60 miles of the place.

Woodstock, N.Y., a scenic hamlet of 2,088 residents nestled in the Catskill Mountains, was the intended beneficiary of “An Aquarian Exposition: Three Days of Peace and Music,” commonly known as the Woodstock Festival, that took place Aug. 15-18, 1969, at Max Yasgur’s 601-acre dairy farm, 1 1/2 hours to the southwest.

The festival, conceived to finance a recording studio and musical artist retreat near Woodstock, was the brainchild of a quartet of young — the oldest of the four was 27 years old — wealthy entrepreneurs looking for an opportune investment.

The rock concert’s initial venue, an industrial park in Wallkill, N.Y., was scuttled when the town rejected the proposal and passed an ordinance effectively banning the event from its vicinity.

A mere month before the already widely advertised event, Yasgur offered to lease his farm in Bethel, N.Y., and the organizers hurriedly scrambled to prepare for the expected crowd of 50,000 people. 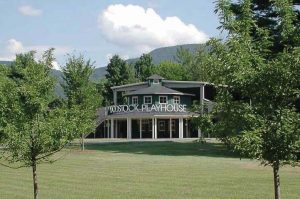 The stage, performers’ pavilion, parking lots, concession stands and a children’s playground were constructed just in time. Ticket booths and gates were not completed, allowing the surge of people to walk through gaps in the fences, converting the fundraiser, for which 100,000 tickets had been pre-sold, into a free event.

By the festival’s first day, 500,000 revelers had descended upon the farm. Traffic was backed up for 8 miles and the scant police presence turned away thousands of automobiles. Many attendees simply left their cars in the road and hiked to the concert. The organizers had to hire helicopters to shuttle performers from their hotels to the stage.

Ultimately, the finances did not pencil out well for the investors, who ended up more than $1 million in debt and faced 70 lawsuits. The film of the Woodstock Festival became a hit movie, and its profits alleviated much of the debt. When the ledger was finally closed, the organizers lost about $100,000 on the venture.

The “Three Days of Peace and Music” put Woodstock on the counterculture map, but the town had already been long renowned as a haven for artists of all types: musicians, writers, poets, painters, sculptors, woodworkers and the like.

Woodstock was settled in 1787 and traveled a trajectory common to many small towns of the time. Pioneers cleared the land and began farming. In the early 1800s the economy shifted toward industrial pursuits with the establishment of sawmills, gristmills, a glass factory and tanning business. 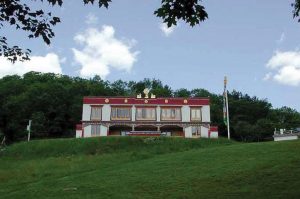 Situated along the trailhead of Overlook Mountain, the Karma Triyana Dharmachakra monastery is available for free guided tours. (Photo courtesy of Woodstock Guide)

By the end of the 19th century, commercial focus turned to “what others saw in the natural beauty of the land rather than what could be taken from it,” according to www.woodstockchamber.com, with the building of hotels and retreats to entice urban-weary visitors from New York City, situated two hours to the south.

“A transforming chapter in Woodstock’s history began in 1902,” reads the website, “when on a spring day, Bolton Brown emerged from the thicket near the summit of Overlook Mountain and first viewed Woodstock and the expanse below him.

“Employed along with Hervey White by Ralph Whitehead to seek a physical location that would match Whitehead’s vision for a utopian art colony, Brown, upon beholding the vista before him, wrote of that moment, ‘Exactly here the story of modern Woodstock really begins.’ With the founding of Whitehead’s Byrdcliffe colony in 1903, the arts had arrived in Woodstock.”

“As a result, Woodstock’s story began to diverge from the small town norm, eventually becoming a community shaped by the connections forged between newly arrived artists and those who drew life and livelihood from the very landscape that would find its way onto a multitude of canvases over the years.” 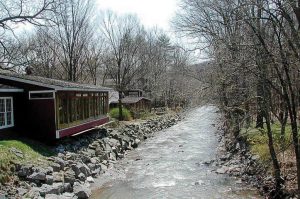 Quaint and peaceful restaurants and bistros dot the town of Woodstock. (Photo courtesy of Woodstock Guide)

“This free-spirited, flower-powered mountain town and the countercultural mecca for generations of creative types … birthed not only the festival concept but the breeding ground for myriad arts and music movements for more than a century.

“Look beyond the kitschy, tie-dye-laden head shops and weekend tourist jams, and you’ll find this hippie haven has real heart. Pulling from its longstanding tradition as an art colony and strong spirit of tolerance, laid-back Woodstock brims with diversions aplenty: eclectic shops, live music venues, art institutions, and mighty mountain environs that foster Zen-seeking and adventures in the great outdoors. All you need to bring is peace and love.”

Bethel hosts a museum commemorating the 1969 event, also known as the Woodstock Music and Art Fair, which will celebrate its 50th anniversary this year with a weekend of concerts Friday through Sunday, Aug. 16-18. Among the featured performers: Ringo Starr, Arlo Guthrie, Edgar Winter Band, Santana and The Doobie Brothers.