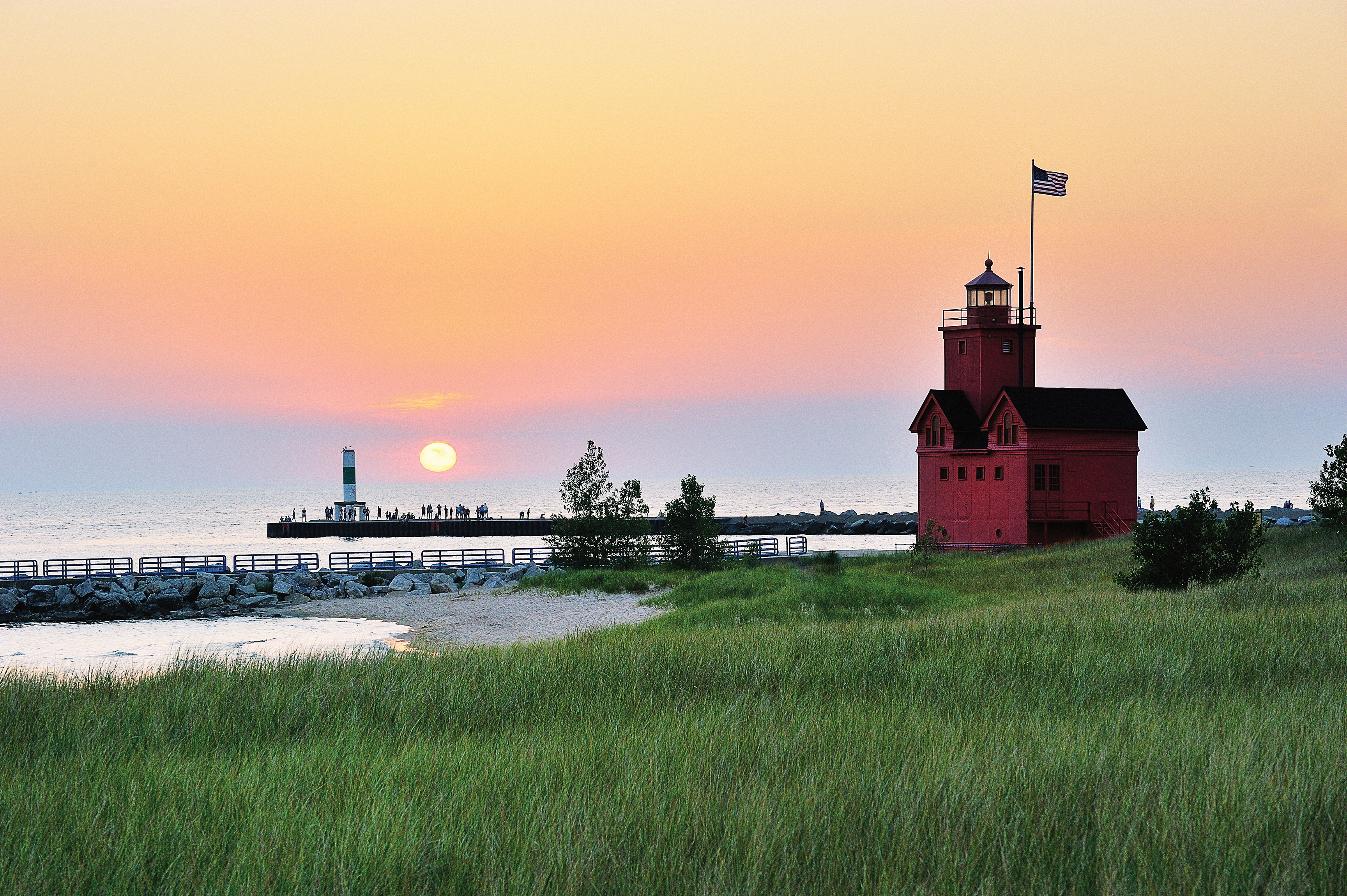 The city of Holland offers top-notch beaches along Lake Michigan. “Big Red” lighthouse is one of its popular landmarks. (Shutterstock.com)

Located in western Michigan, the city of Holland is a mecca for tourists especially during the summer and fall months. Its natural beauty and proximity to some of the best-rated beaches in the country are part of the charm.

But there’s more than meets the eye when it comes to protecting this image. The city of Holland’s sustainability efforts are instrumental in ensuring it remains an attractive place to live, work and play.

Aaron Thelenwood, the city’s solid waste/recycling and sustainability coordinator, is among those committed to a greener future. He has have served in this capacity since 2016 and his primary responsibility is the administration of the city’s contract for refuse ad recycling services with its designated hauler, Republic Services. Among the key goals of the city’s refuse and recycling program are to establish baseline data regarding the materials residents dispose of through curbside garbage and recycling.

According to Thelenwood, sustainability has been at the forefront of the city’s efforts for some time, a process that has yielded results in “maximizing livability.” 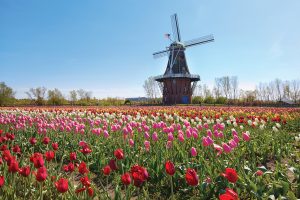 An authentic wooden windmill from the Netherlands rises behind a field of tulips in Holland, Mich., at springtime. Holland’s Dutch theme has made it a tourist destination. (Shutterstock.com)

“Starting with the city’s community energy plan in 2011, the city continues to push the envelope on meeting the energy needs of the community through development of a reliable clean energy supply,” he said. “Through the sustained efforts of the city’s Home Energy Retrofit Program, in establishing the Holland Energy Fund as a 501c3, and in bringing online the Holland Board of Public Works’ new state-of-the-art power plant, as well as continuing educational outreach initiatives through the Holland-Hope College Sustainability Institute and the ‘Living Sustainably Along the Lakeshore’ community series, the city is well on the way to meeting its goal of reducing its per capita greenhouse gas emissions to 10 metric tons CO2e by 2050.”

It’s clear that the city doesn’t operate in a vacuum, but instead engages its residents and stakeholders. The city has had a long-standing sustainability committee comprised of nine members from the community and board of public works service area. The committee provides in-depth research and policy recommendations and was heavily involved in the development of the city’s community energy plan and was responsible for developing the city’s sustainability framework, he said.

Speaking of energy-savings, Thelenwood said the Holland Home Energy Retrofit Program has made a positive impact in more ways than one. The program offers financial incentives to homeowners who make “comprehensive, whole-house energy improvements to reduce energy use, increase comfort and lower utility bills.” Participating households are eligible to receive a 10 percent rebate grant from the Holland Energy Fund through the program. He said the city’s Home Energy Retrofit Program has engaged 575 homes to date, of which 175 have completed their retrofit projects.

This initiative is significant, because Holland is the only community in the state to implement an on-bill financing program, he said, adding that Holland was the driving force in developing the required legislation at the state level to allow for such repayment programs. The on-bill financing program allows city residents to repay loans for their retrofit projects over the long-term on their utility bills. 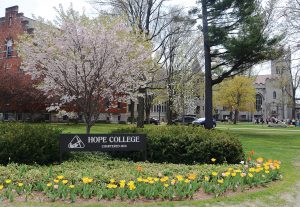 Holland has been continuing educational outreach initiatives through the Holland-Hope College Sustainability Institute and the ‘Living Sustainably Along the Lakeshore’ community series. It’s goal through these initiatives is to further reduce greenhouse gas emissions. (Susan Montgomery/Shutterstock.com)

Thelenwood said the response from the community has been positive, especially given their set of values.

“By and large, residents tend to support any initiative that improves their overall quality of life,” he said. “Our community has a strong ethos anchored in a sense of responsibility and ownership for the community in which they live, so the community often supports sustainable initiatives, which have a clear positive impact in the community overall.”

As far as advice for other communities that want to replicate Holland’s success, Thelenwood suggests starting small.

“The key to success is knowing your community and knowing your goals and starting from a place where you can work within your means,” he said. “Communities don’t need to set lofty sustainability goals to have a positive impact. Begin by looking internally at operational policies and procedures to identify where you can improve as an organization and then begin the process of engaging key stakeholders throughout the community.”

It’s also a process and not a destination per se. It requires an ongoing commitment and resources.

“The city continues to be forward thinking in its approach to sustainability efforts,” he said. “As we move forward on current initiatives, we work to develop new partnerships and to identify opportunities to grow our efforts.”