↓
Home→Operations & Maintenance→Going beyond the moon, one step at a time 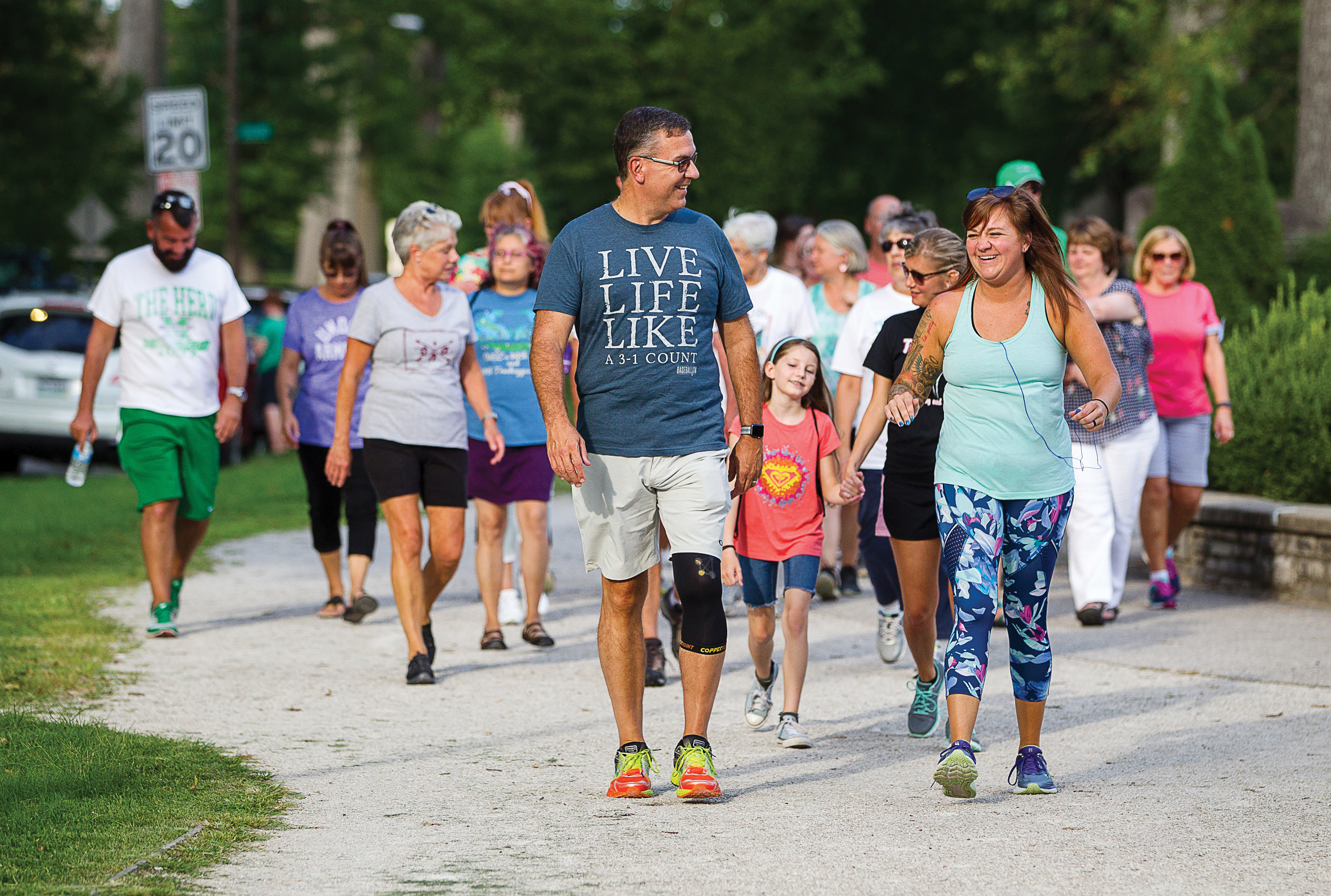 1. Andy Fisher looked to Oklahoma City’s former mayor Mitt Cornett for inspiration. Cornett had challenged citizens to lose 1 million pounds after being listed as one of the unhealthiest cities in the 1990s. Not only did the citizens achieve their goal, but infrastructure was raised to provide more outdoor activities and to improve trails for pedestrians and cyclists. (Photo by The Herald-Dispatch)

When a story came out that Huntington, W.Va., was one of the unhealthiest and obese cities in the U.S. in 2008; followed by “Heroin(e),” a 2018 Academy Award nominated documentary that featured a drug and overdose problem in the city; and a mini-series of “Jamie’s Food Revolution,” the citizens took matters into their own hands and began working to reshape city’s perception — something city leaders quickly stood behind.

Making the idea a reality

In 2018, the residents of Huntington walked to the moon and back exactly 2.8 times — over 600,000 steps. It all started with a businessman, born and raised in Huntington.

After seeing the negative impressions Huntington had and experiencing them in his own business, Andy Fisher coordinated with other organizations and the city to make a change.

“I had two auditors visit my office from out of town, which is normal for a financial services business,” Fisher explained. “They asked how the drug and crime problems affected our business. It hit me pretty hard. The perception people had of Huntington wasn’t a good one and it had to change.”

The Greater Huntington Walks Initiative was proposed to the president of the hospital and the chamber of commerce before reaching Stephen Williams, the mayor of Huntington, who wholeheartedly supported the idea. Bryan Chambers, the communications director in the mayor’s office, was placed on the initiative’s committee to represent the city.

Organizations, from public libraries to private businesses, were hopping on board. 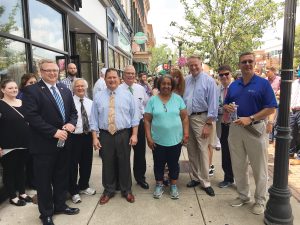 2. A Huntington West Virginia Day will be hosted later in the year, highlighting the Greater Huntington Walks Initiative, with the mayor throwing the first pitch. (Photo provided)

The committee consulted a developer to create a website and mobile app to track participants’ steps and purchased 1,500 pedometers with a monetary contribution for those without smartphones. Other activities were taken into consideration and converted into steps, making it accessible to people with disabilities.

“We had to come up with a challenge. If we could get 750 people, we could walk to the moon in about five months. The launch was in July of 2018,” said Fisher. The walk to the moon was completed in 43 days, with a total of 2,400 people registered. “We are better than how we’re portrayed and we have to show it.”

The walks venture off the beaten path and into neighborhoods and other parts of the city, making the public more acquainted with areas they hardly visit. Huntington also saw reduction in crime as large groups of walkers became more frequent.

With city leaders, CEOs and municipal employees partaking in the walks, they were able to visit parts of the city that need more attention and talk with individuals in a less formal environment.

The next obstacle faced was coming up with a new walking challenge. For the rest of the year, Huntington walked back and forth from the moon and held a photo contest for walkers to submit pictures of their favorite spots to walk, resulting in images from local parks to a trail in Paris, France.

To continue motivating people during winter, a virtual destination vacation was implemented along with a chance to travel to and stay at Myrtle Beach. In the spring, Huntington plans to walk all major league baseball parks and giveaway Cincinnati Reds game tickets.

Fisher commented, “People want to be involved and challenged for their own personal well-being, as well as being a part of the community. That’s human nature. We can put something out there, but people want to have a reason.

“The mayor we have now is open-minded to ideas. He listens and embraces new ideas. Politicians will either dismiss or take credit for them, but not him. He supports people publicly. You have to have leadership from the top that is willing to offer a challenge.”

While the Greater Huntington Walks Initiative captured the attention from those all around, the city and its residents have been working silently over the years with other projects.

Following the TV show “Jamie’s Food Revolution” in 2010, Huntington’s Kitchen was born from Capital Huntington Hospital and partnered with the dietetics program at Marshall University. All year-round cooking classes are held to teach how to make healthy meals. 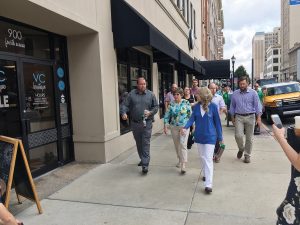 3. The “hub and spoke” approach allows residents to provide framework as to how they want to move forward with projects that will affect the community. Chambers assures that it is the city’s job to help them carry out their vision, which often aligns with the mayor’s vision. (Photo provided)

In 2012, a graduate student jump-started a local fresh market. Eventually, the market had outgrown the original location and moved into a city-owned building, which is leased for $1 a year.

“We wanted to see the facility get put to good use,” Chambers stated. “Ninety percent of their profit goes back to local farmers. The market and the kitchen have played an equally important role in changing the culture of our health.”

The Paul Ambrose Trail for Health was constructed in remembrance for Paul Ambrose, a U.S. surgeon general researching childhood obesity who died on a 9/11 flight. The trail has future plans to expand with more connection that provide a safe area to exercise outdoors around the city.

Additionally, Huntington’s Ritter Park was named one of the top 10 public spaces in America in 2012, and was featured in “Runner’s World Magazine.” Community organizations began hosting 5K events for fundraisers while aiming to improve community health — earning the city the nickname “Runnington.”

“We take the ‘hub and spoke’ approach to community involvement,” explained Chambers. “City hall and the mayor’s office act as the hub. Community partners — schools, Marshall University, hospitals, businesses and more — are our spokes. Our mayor provides a strong vision for our community and it requires community partners.

“Our role is to provide support in any way possible and offer advice. We’ve used the same approach with several community revitalization initiatives. The Greater Walks Initiative has been no different. I don’t think there’s any limit to where the initiative can go.”