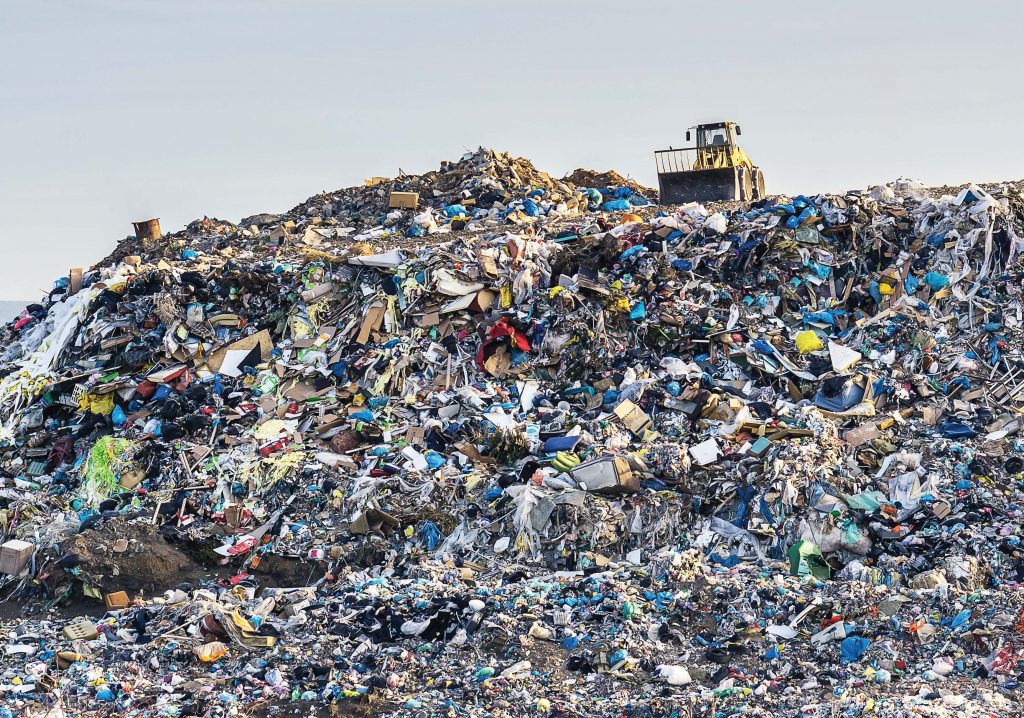 Americans on average throw out 4.4 pounds of trash per day, and food waste takes up 15 to 30 percent of landfill space. Food waste, however, could be turned into energy. (Shutterstock.com)

Landfills across the United States are growing larger and larger thanks to the reported 4.4 pounds of trash the average American throws away per day — much of it coming from food.

In the United States, food waste is the least recycled type of waste, with 97 percent of it ending up in landfills, according to the EPA. Reportedly, this accounts for anywhere between 15 to 30 percent of landfill space.

While sending food to landfills may seem innocent because it decays quickly, in all actuality it harms the environment. As food waste decays, carbon dioxide and methane are released into the atmosphere, which contributes to climate change. Methane is especially harmful because it is 23 times more effective at warming the Earth compared to carbon dioxide.

As it turns out, the most sustainable and cost-effective way to dispose of food waste is to turn it into energy.

“Right now, as a society, we’re paying good money to bury energy (in a landfill),” said Dal Wayment, general manager of the South Davis Sewer District near Salt Lake City, Utah. “A tanker full of (waste) from a cheese plant is energy, just like a tanker load of crude oil coming out of South Dakota. Both of them have to be processed before they’re any good to the consumer.”

The South Davis Sewer District, like several other municipalities throughout the United States and the world, is working to convert organic waste into renewable natural gas through an anaerobic digester. This includes large American institutions like Disney World and the Air Force. 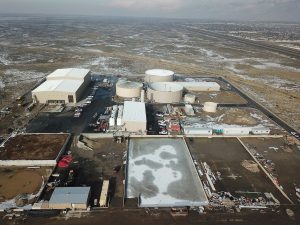 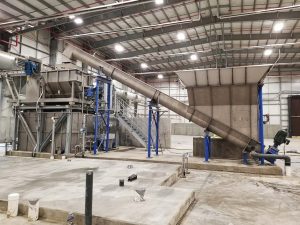 The Wasatch Resource Recovery project, which is expected to be operational next month, will significantly reduce greenhouse gases from area landfills and cut carbon emissions. According to Forbes, it will be the equivalent to removing roughly 75,000 vehicles from the highway per year.

“The digesters will convert organic waste to digester gas,” Wayment said. “We will then scrub the digester gas, removing CO2 and other impurities, which will then be injected into the utility natural gas network.”

This should provide 40,000 people with natural gas, and in total, the project will cost about $44 million.

While expensive, the project is seen as an investment that will pay off over time. In fact, the financial opportunity was so good that a locally owned company — ALPRO Energy & Water — got involved.

“We created a public-private partnership,” Wayment said. “They’re a 50 percent partner. They own half the equity and we both put cash into the project back.

“It should make a good amount of money. They’re in it for a profit.”

The South Davis Sewer District paid off the remainder of its portion through municipal bonds.

The gas produced from the organic waste will be about 60 percent methane, 38 percent CO2 and the remainder comprised of hydrogen sulfide and other gases.

The South Davis Sewer District has already begun collecting organic waste in a centralized location. Wayment said that one of the most difficult and expensive aspects of converting organic waste into energy is removing unwanted items, such as plastics and metals, that were thrown away with the food.

“Food waste will have contamination,” he said. “It will have the occasional plate, knife, fork, spoon, packaging. When a grocery store throws meat away, it’s going to be covered in Saran wrap and little styrofoam dish, and your hamburgers binders will still be in a plastic bag.”

In order to remove these items, all of the waste will be put into a great big machine, which will shred it, similar to a blender.

“You then add water to produce about 10 percent solids, 90 percent water slurry,” Wayment said. “Once it’s all ground up and slurry, then it goes screening process. We’ll pull the packaging waste out — that goes to the landfill — and the food goes into the digestion process.”

Recyclable solids, such as aluminum, glass and plastics, are baled and shipped to a recycling center.

While the digester will handle food waste from universities and grocery stores, there still isn’t a practical way of gathering food from households. This is because food is thrown out with other pieces of garbage, which makes it virtually impossible to separate.

“The difficulty is half of all food waste is residential and that’s the hardest to get to because that would require another recycling bin,” Wayment said. “It’s bound to be a little nasty since it only gets dumped once a week. Who’s going to wash it clean? Nobody’s really solved the issue of household food waste at this point.”