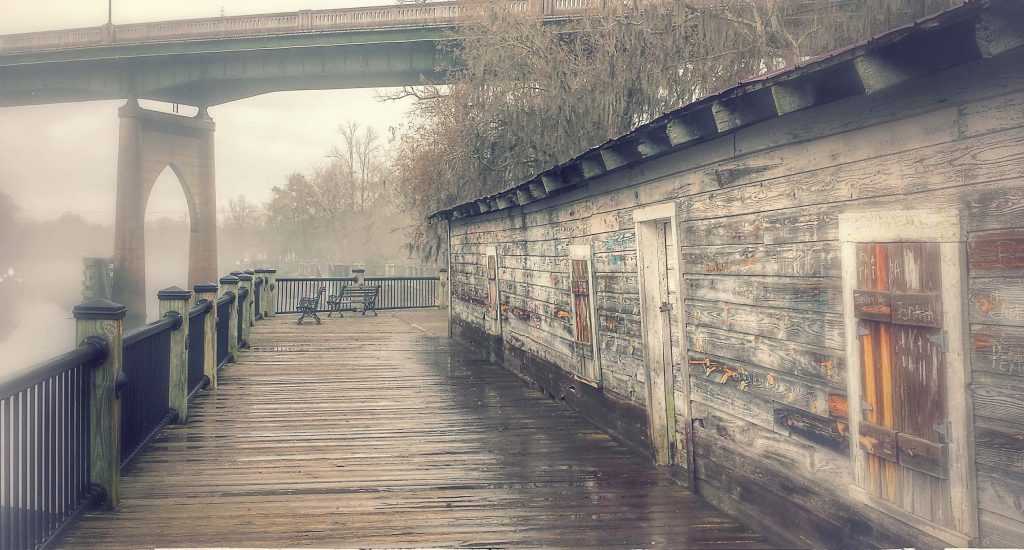 The riverwalk often finds itself as a backdrop for all kinds of photos, particularly proms, engagements, weddings and other special events. (Photo provided)

Meandering along the banks of the Waccamaw, inviting tourists and residents to slow down and take in the city and its rich history, is the Conway, S.C., river boardwalk.

Originally established as the village of Kingston in 1732, Conway was a valuable resource given its proximity to the river. The city sits on a relatively high bluff for the South Carolina Lowcountry and is growing among the fastest of all cities in the state. The Grand Strand is only 12 miles to east and sees close to 20 million tourists visit the shores of the Atlantic Ocean every year, so the city is established well as a drive-through destination for tourists.

Capitalizing on its location near the river and ability to draw people in given the natural beauty of its surroundings, the city of Conway constructed a riverwalk in a four-phase installation for residents and tourists alike to enjoy.

Phase I consisted of a wooden boardwalk built over the Waccamaw River, connecting to Riverfront Park and was finished in 1993. Phase II consisted of the building of Riverfront Park — its playground, stage, pedestrian seating and landscaping — and was finished in 2001. Phase III included restrooms, arched gateways, the burying of utilities, landscaping, new docks and a fountain; it was finished in 2009. Phase IV is underway now, which is the private-side development of the land side of the riverwalk, and will tie everything together.

“Conway has long strived to stay authentic and true to its history and heritage while growing at one of the fastest rates in the country. Rather than capitalize on the beach industry, we focus on ecotourism and a pace that matches the flow of the Waccamaw River. The riverwalk represents and demonstrates some of the best of the city,” said City Administrator Adam Emrick. 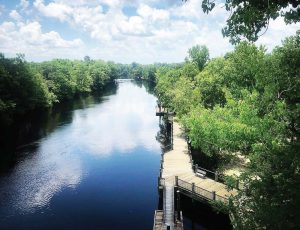 For greater longevity, the riverwalk was constructed from extra thick decking to prevent decay from flooding. The current boards are at the end of their lifespan and will be replaced before summer with boards that use newer treated lumber techniques. (Photo provided) 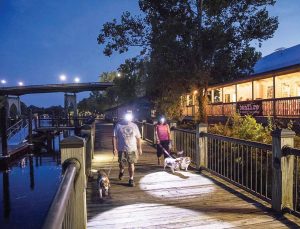 The riverwalk offers the perfect opportunity for recreation. It is also located near plenty of restaurants. (Photo provided) 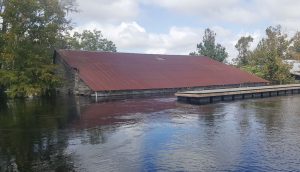 Flooding has been a major challenge for the Conway Riverwalk, with floods occurring in 2013, 2015, 2016 and 2018. After each flooding event, maintenance is completed to get the riverwalk back in a safe condition. (Photo provided) 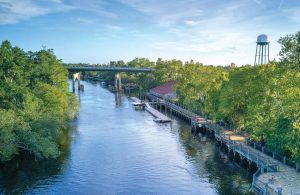 The Conway, S.C., Riverwalk is popular with residents and visitors alike, connecting people with the beautiful Waccamaw River. (Photo provided)

The riverwalk, a huge draw for residents and tourists alike, features docks for dozens of boats, one restaurant with another being reconstructed in the historic Lower River Warehouse, a number of other restaurants within walking distance, two marinas and one of the most popular parks in the Southeast.

Along with daily use as a spot for exercise, sightseeing and taking walks, the riverwalk plays a large role in the most memorable events of residents’ lives.

“Every prom, engagement, wedding and special event uses the riverwalk for its canvas for photographs,” Emrick said. “Wedding events have often sprung up around it, capitalizing on its natural beauty.”

In addition to personal life events, citywide celebrations and traditions take place on the riverwalk. According to Emrick, the Conway Chamber of Commerce has hosted Riverfest for 39 years along the riverwalk and Riverfront Park. This event draws thousands of locals and tourists to celebrate Independence Day and the heritage of the Waccamaw River. In addition, many 5K events have utilized Riverfront Park and portions of the riverwalk for their runs.

While a vital part of life in the city, the riverwalk isn’t without challenges. Flooding, in particular, has plagued the community and its beloved structure on a number of occasions. In Emrick’s immediate memory, he recalls floods in 2013, 2015, 2016 and 2018.

“Each flood was worse than the last,” he said. “In each of these floods, the riverwalk was submerged in flood waters for several weeks.”

The riverwalk was constructed with flooding in mind, but manmade materials can only stand the test of time against nature for so long before they are impacted.

“We now anticipate flooding every fall and hope we are wrong, but we’re ready,” Emrick said. “When the riverwalk was constructed, extra thick decking was installed to prevent decay from flooding; however, these deck boards are now at the end of their lifespan and will be replaced before this summer. The new decking will utilize newer treated lumber techniques to also stem the damage from flooding.”

After each flooding event, maintenance, beyond the usual preventative operations, is necessary to get the riverwalk back in a condition that’s safe for everyday use. This includes replacing boards and nails, reducing tripping hazards, testing walkway lighting and updating any electrical components that may have been damaged.

Looking to the future, the riverwalk continues to be a central point of attention for the city and its officials, being factored into plans in a major way.

“The city completed a master plan in 2016 to better tie the riverwalk area and the historic downtown area together,” Emrick said. “A big piece of this plan was extending the riverwalk an additional 800 feet from the end of the current riverwalk to the Fourth Avenue bridge. This will also connect a National Register church and cemetery to a restaurant and new development tract. The future for this section of the riverwalk is great, as this will likely be one of the main entrances to the riverwalk once complete.”