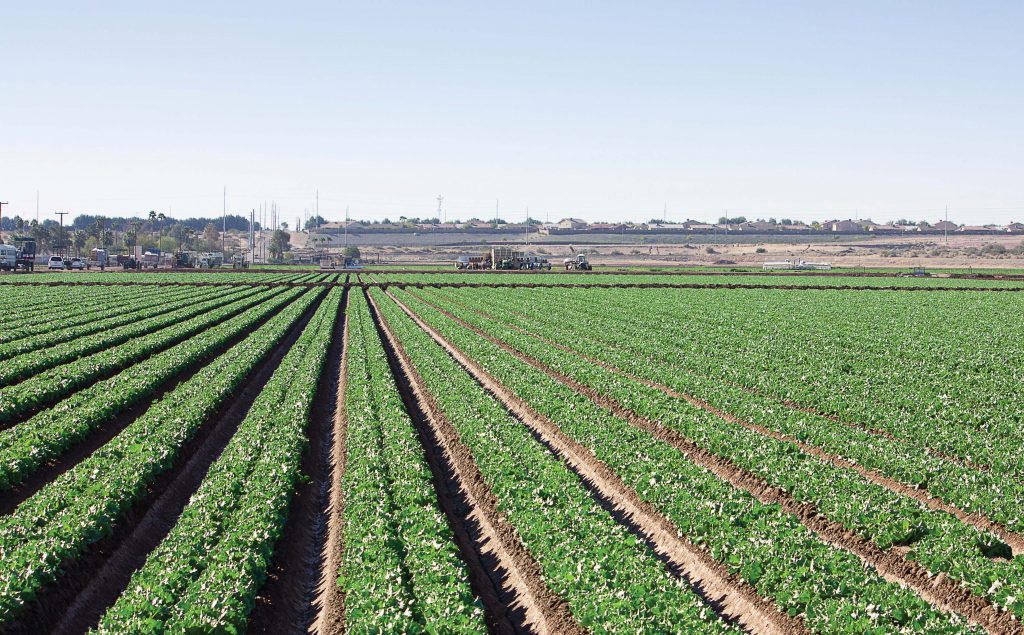 Agriculture is a big industry in Yuma and a majority of the people coming across the border are primarily serving in the agricultural industry as opposed to manufacturing or retail. (Shutterstock.com)

The topic of immigration in the United States has been center stage for the last two years with talks of closing our borders and revamping our immigration policies. But despite the negative rhetoric, studies have shown that immigrants to the United States are actually helping, not hurting, local economies in a number of ways.

The New American Economy is a bipartisan research and advocacy organization, which is working for smart federal, state and local immigration policies that help grow the economy and create jobs for everyone. The organization uses powerful research to demonstrate how immigration impacts the economy. It has conducted studies for each state and partnered with state and local leaders to advocate for policies that recognize the value that immigrants bring to the local economy.

According to the website at www.newamericaneconomy.org, New American Economy “started as an idea — what would happen if we tried to bridge a gap in our nation’s immigration debate? What if we could see past deep-seated divisions that have stood in the way of progress on this issue and instead talked about the true, measurable benefits of immigration?”

In the first report that NAE conducted, it measured the value of immigrants’ contributions in every sector from health care to housing, tourism to technology and farming to faith. It then crunched numbers on the economic contribution in every state, every congressional district and the top 100 major U.S. metro areas.

Andre said the goal is to produce quantitative research and “work with mayors or business leaders to change the narrative of immigration in the area.”

The Fort Wayne study was done through the Gateways for Growth Challenge and NAE and was sponsored by Welcoming Fort Wayne, Associated Churches and the Northeast Regional Partnership.

According to its website, the Gateways for Growth Challenge is a competitive opportunity for local communities to receive tailored research, direct technical assistance and/or matching grants from NAE and Welcoming America in support of the development of multi-sector plans for welcoming and integrating immigrants. This opportunity is open to urban, suburban and rural communities alike. Communities can apply for the challenge through the website www.gatewaysforgrowth.org

“We were really interested in that (Fort Wayne) region so we combined statistics and went beyond the city limits to Auburn and beyond,” Andre said.

Brick said researchers are finding in many communities, “especially in that Rust Belt area—they’re trying to attract international families.”

In many communities now, there are more jobs than workers. She said leaders “don’t have the tools or the narrative to explain the economic impact of immigrants but want to be seen as welcoming to immigrants.”

Andre said, “A lot of the leaders we work with know this stuff … but our research helps give them hard numbers that are trusted and impartial.”

Many immigrants are entrepreneurs, according to NAE, and Andre said, “As entrepreneurs, they’re creating jobs not taking them — and that’s the data we have to counter that narrative.”

Brick added, “Not only are they creating new jobs by starting new businesses, but they have helped to revitalize the labor market in the Great Lakes region.”

She said the working class has specifically been helped in the Rust Belt. “That area has been revitalized due to the role that immigrants play.”

The NAE reports that immigrants fuel the U.S.’s $100 billion agricultural industry doing the toughest jobs to keep its farms running.

At the local level, the city of San Diego, Calif., has been working closely with the Gateways for Growth Award. “It’s a binational area and a community that values diversity,” Andre said.

They’ve also worked with Corpus Christi, Texas, Chamber of Commerce and the cities of McAllister and El Paso, Texas.

When asked if they had data on the negative impact immigrants play, Andre said, “Our focus is what immigrant bring to the table; it’s very hard to get data on that.”

Lim agreed, “It’s difficult to parcel that out.” He said the biggest area where there’d be a cost to the community would be public services like health care, education and law and order, but researchers have been unable to qualify cost versus benefit.

“What we do know is they are working and are spending and even undocumented workers are contributing in significant amounts to taxes even if they don’t qualify for the public services,” Lim said. “From state to state across the board, the benefits outweigh the costs,” he said.

Brick said researchers are “seeing an increase over the last year and a half of people wanting to understand what the facts are. The economic reality is we are reaching full employment and employers are struggling to find talent — business leaders are looking at immigration as a solution.” 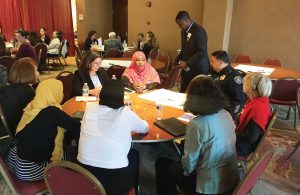 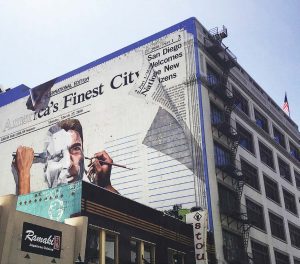 A newspaper article about how San Diego, Calif., is welcoming its immigrants goes up on the side of a building in the city. (Photo provided by Welcoming San Diego) 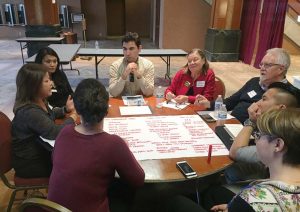 “My experience is more with immigrants crossing the border daily — coming in and out to work more than those who are coming here to live and work,” Burt said.

He said the city also has a lot of “twin plants” — manufacturers that have plants on both sides of the border. In addition to workers, Yuma has visitors coming across the border for tourism and shopping.

But he added, “From a practical standpoint, the biggest impact is to the workforce, particularly the agricultural industry, as 20,000-30,000 (employees) a day are coming across the border to work.”

Burt said federal legislation as it relates to ports of entry will have an impact, too. For example, San Luis, Ariz., is a port of entry and one port is for commercial traffic and the other for pedestrian and private vehicles and both are bringing elements to the economy of Yuma.

“When you have that many people coming across it directly impacts workers,” he said, noting all of the required inspections impact the time it takes to get across.

“If a truck is carrying vegetables and it takes too long to process — well, it gets very hot here in Arizona,” he said, adding that if those points of entry were closed, “It would have a negative impact fairly quickly and immediately. We have 175,000 acres of produce grown annually year-round. The Ag business is expected to have a $3.5 billion to $4 billion impact this year.”

He noted, “In the winter months — October to May — 90 percent of the leafy green vegetables we eat are grown here.

“The lion shares of people coming across to our community are coming in primarily to serve the agricultural industry as opposed to manufacturing or retail,” he concluded.

According to Burt, many of those workers are working in Yuma about six months and then the other six months migrate to California.

As for manufacturing and the twin plants, he said the latter became popular in the late 1980s-1990s. Often they have components on one side of the border and assembly on the other side.

Burt said a study was done in 2012 by the state to determine the impact of Mexican visitors to Arizona and the economy. It studied those people coming across the border, particularly on weekends for grocery shopping, etc. “They determined that 40-50 percent of the sales tax from retail sales was coming from visitors from Mexico.”

“The economy here is a three-legged stool — tourism, agriculture and military defense,” Burt said. “They (immigrants) are a key component on our work here and on our biggest economic sector, which is agriculture.”

For local municipalities that don’t have such data at hand, it might be useful to get it, and according to Andre at New American Economy, “It’s as simple as reaching out.”

The industries where immigrants play a key part include construction (7.1 percent), hospitality and recreation (6.5 percent), general services (5.9 percent) and transportation and warehouse (5.8 percent).

To see the impact immigrants have on different states, visit the New American Economy website at www.newamericaneconomy.org/locations/ and view the impact map.