↓
Home→Maintenance and Operations→New perspective for the new year: Travel abroad 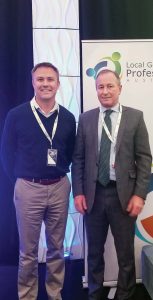 It’s a new year and there’s something about swapping calendars that creates a desire to start anew — to do something different; to be better. If you’re looking to approach city operations in a more creative manner, consider traveling abroad to see how others manage their own municipalities.

The International City/County Management Association has a foreign exchange program called the International Management Exchange program that was established in 1979. ICMA maintains affiliation relationships with local government professional organizations worldwide. They have signed agreements that commit both organizations to, among other things, collaborate in the exchange of leadership practices, expand the international perspective of each organization’s individual members and join resources when appropriate to more effectively foster professional local government management worldwide. Senior officers of each organization attend each other’s conferences, contribute to each other’s publications and, of course, engage in one-on-one exchanges through the program.

The city manager of Bend, Eric King, has participated in the ICMA exchange program twice. The first time was in 2012 to New Zealand and the second time was this past August to Australia.

“I learned so much,” King said of the experiences.

“A lot of the issues we face are not so different from the ones they face.”

King said he first learned of the program at an ICMA conference, went through the application process and specifically chose English-speaking countries. King has been city manager for 11 years and said he’s always done some sort of professional development. In both cases King visited the other country first, and then after his return, he hosted the official from the city he had visited.

He said since Bend is on the West Coast, “I think we tend to have a lot in common with New Zealand and Australia — with our independent Western culture.”

According to King, “Bend is the fastest growing city in the county, which means there’s a lot of opportunities and it’s easier to innovate, but it can also mean a lot of demands on city officials.”

King said being able to step away from the demands for a short time and getting a totally different outlook is very helpful.

Since his visit to Australia was more recent, he concentrated on sharing about that trip. He went to Frankston, Victoria, in August and stayed a little more than two weeks. His partner was Tim Frederico, who is the director of corporate development for the city of Frankston, which King explained was like an assistant city manager.

He stayed with Frederico’s family right outside of Melbourne for the first week.

King said he went to work with him every day, went to a council meeting and then they attended the annual Local Government Professionals Australia conference together. He said Frankston has a population of about 135,000 to Bend’s 80,000.

“It was good to observe a little larger city size-wise than what we are,” he said.

Nine council members are all up for reelection every four years at the same time.

Sixty-five percent of the city’s revenue is from property taxes. Property tax was capped about two years ago, and the cap is set annually. Fifteen to 20 percent of the revenue comes from state grants and the balance from fees — no utility rates. Planning and building fees are set by the state and are uniform across cities.

Affordable housing is primarily a state responsibility. State government has a great amount of oversight when it comes to zoning, growth and the conflict resolution of development activity. The city is involved in constructing a performing arts center, sports complex, recreational facilities and buildings for private use. The economic development organizational structure includes tourism, advocacy, downtown development and customer relations. In sustainability and climate action planning, the city has a target of carbon neutrality by 2025. All employees, except the CEO, are included in an enterprise agreement, which is similar to a collective bargaining agreement. 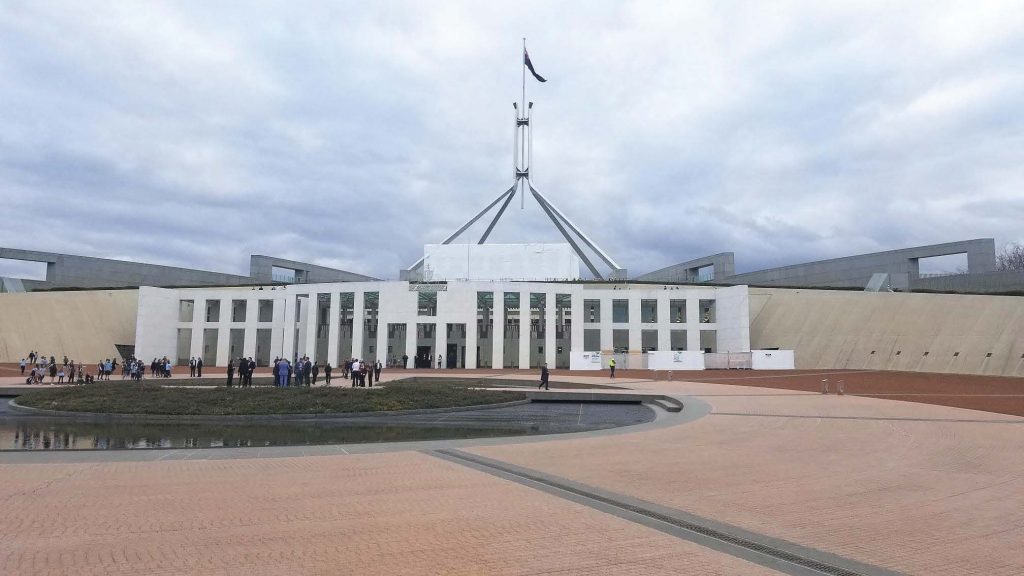 This photo of the Canberra House of Parliament in Canberra, Australia, was taken by Eric King, city manager of Bend, Ore., when he visited the country as part of the International Management Exchange program. King visited Frankston, Victoria, last August. (Photo provided)

“One of the big takeaways I got was that we need to be positioning ourselves better for the future and how much technology will play a role,” King said.

He was referring especially to Smart City technology, and when he returned from his trip, he “implemented a significant organizational change and created an office of performance management and a chief innovation officer with more of a focus on data.”

In many areas King noted the two cities do things pretty similarly like sustainability, human resources, IT and infrastructure, “but in some ways, they are leaps and bounds ahead of us — especially with Smart City thinking.”

The two cities struggle with some of the same issues, too — affordable housing, property tax caps and health care, for example.

The isolation of the two cities from other cities nearby is also similar. Bend is about three hours away from the next metro area, and while that isolation has benefits of innovation and creativity, it also brings challenges.

King thought it was interesting that Frankston’s council is a blend of city and county, and there’s “a lot more control from state government over local government.

Australia’s home rule is very different — the state can come in and ‘can’ an elected official.”

In fact, while they were at the conference, the prime minister was fired. “It was interesting to go through that process,” he said.

Another similarity with the current United States climate is the nationalist idea. “I saw that nationalist idea there, too — even signs that said ‘Make Australia great,’” he said.

For King, it was a true exchange as both times the official that hosted him then came to Bend. The New Zealand official and his wife came in 2012, and this past September, Frederico stayed with King and his family for a week, and then the two officials went to Baltimore for a conference.

“I think Tim’s big takeaway was that we do a lot of public involvement.” King said.

Frederico liked that Bend had a lot of committees and community involvement, which helps build community pride,  and he shared with King that was something he wanted to bring more of to Frankston.

“He was really amazed with how the council and staff interacted,” King added.

Eric King said he saw similarities in the coastal city of Frankston, Victoria, Australia, which is why he chose the location to visit as part of the ICMA’s International Management Exchange program this past August. This photos is of Frankston’s beachfront. (Photo provided)

When asked how participating in the program benefited him and the city of Bend, King said he came back “with a library of documents” and fresh perspectives.

“I think there’s more of a rich experience when it’s outside of your cultural norms. Everything is new and exciting, and I find it more stimulating to do this exchange outside of the United States,” he said.

He advised others who’d like to have a foreign exchange experience to go through the application process with ICMA so they have help; additionally, he suggested participants do their homework.

“Choose a country with enough similarities to yours and one that’s strong in areas that you’re not.”

He advised carving out the necessary time and avoid the temptation to turn it into a family vacation.

“It’s helpful to be on your own so you can focus, and in the times you’re alone, you can really absorb what you’re observing,” he said.

When asked how supportive the council was of his trips, he said, “I was really careful that no city resources were used. ICMA paid for my conference and I used personal vacation time,” adding that it was really important to him to do it that way.

After hosting he had a renewed sense of pride in his city. “We’ve been having a challenge funding roads, and when (Tim) came, he remarked how nice our roads were. Seeing the reflection of our city in his eyes gave me confidence in our city overall.”