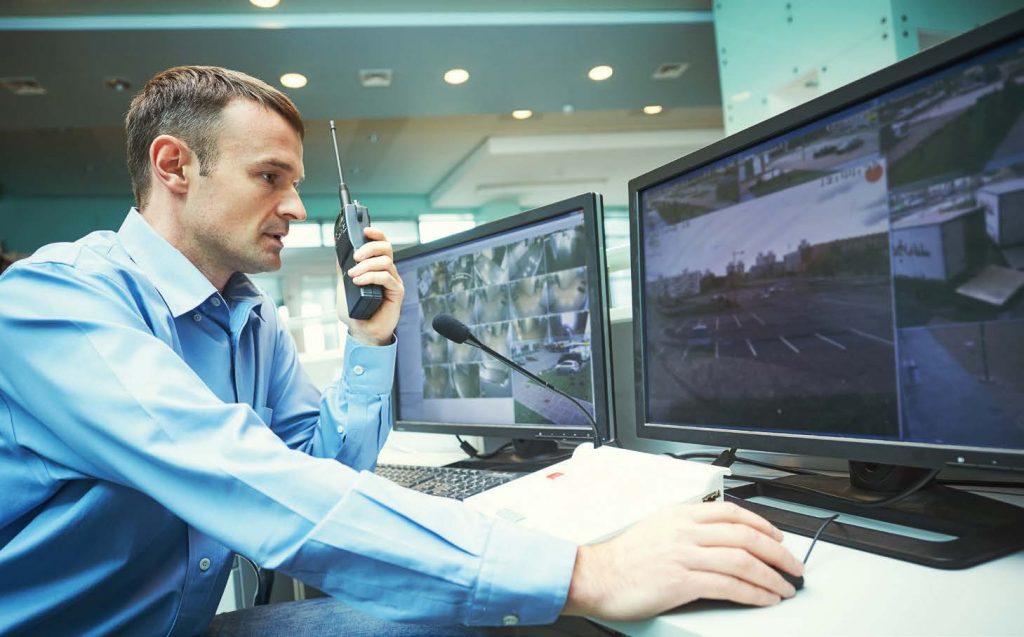 According to Hiawatha, Iowa’s, police department, the initial financial investment has proven to be reasonable, especially when the packages can be monitored remotely. Both Hiawatha and Campbell, Colo., welcome calls requesting recommendations on tracking equipment. (Shutterstock.com)

Porch pirates scour neighborhoods more so during the holiday season, seeing what they can snatch from the doorsteps of unsuspecting people who may have just ordered a gift for their loved one online or are receiving a timeless gift, like a handmade quilt of childhood memories — something an Indianapolis, Ind., wife had gotten for her husband.

Local law enforcement agencies have had enough and are now doing what they can to prevent these pirates from mimicking the Grinch.

Becoming mateys with the community

With limited time and resources, law enforcement agencies often find their hands tied when it comes to implementing new programs and strategies. Fortunately, agencies have found that setting a GPS tracker in bait packages has proven to be a good step in preventing theft and crime without stretching themselves thin.

In Campbell, Calif., the police department had been facing issues with bicycle and other porch item thefts, prompting it to address the issue. As package plundering became more prevalent, its attention transitioned, which received some spotlighting and earned them an appearance on the “Today Show” in 2017 to talk about porch pirating.

“We looked at it as a multi-phased approach. It’s not just about putting a GPS in boxes and waiting for them to be stolen. Th is has been about educating our community, which we do through social media and videos to give tips on how to avoid being a victim,” explained Campbell police Captain Gary Berg.

“We publicized our bait package program. When we first put it out there, we got some push back. People weren’t understanding why we were letting the criminals know what we were doing and that it was ‘defeating the purpose.’ Our purpose isn’t to make arrests — it’s to not have packages stolen. So we sent out a message when we publicized our program, which was if you’re thinking of stealing a package in Campbell, watch it because you never know what’s in that box.”

With only one detective taking on the bait program along with the rest of their duties, the program doesn’t cut into the department’s limited time and resources. Officers are only alerted when the package is on the move, sending a notification to the detective. Due to this system, there’s no need to constantly monitor the porch 24/7 like an old stakeout scene from a Hollywood movie.

The process isn’t without a few false alarms, which can be triggered simply by packages being knocked over by a leaf blower.

Another challenge Campbell faced was the limited amount of GPS devices that were available. Before the bait program, the devices were used exclusively for high-end criminal investigations. The community was able to support them and assist them in overcoming that issue by raising funds through the nonprofit program, Campbell Police Foundation.

Additionally, there have been concerns regarding the items in the bait packages. Some departments who have placed higher-priced  items in bait packages are upping the value of the boxes, which could result in felony convictions for a pirate.

Talk about “shiver me timbers,” right?

“There’s been discussion of putting a $1,000 laptop in the box so the thief is charged for a felony rather than a misdemeanor,” Berg said. “It’s really up to the agency to decide in charging with a felony or misdemeanor. We’ve found that criminals are opening packages before walking off the porch to see if it’s something they want. So we try to put things in the box that will be of interest to them.”

While the goal is to halt porch pirating completely, that may never happen in some cities. In Campbell, it’s been difficult to tell whether the number of thefts have lessened since there are various factors when it comes to statistics. With package deliveries becoming a more and more common way of shopping, the number of packages delivered on a daily basis has risen. That gives pirates more opportunities in thievery.

In other cities, like Hiawatha, Iowa, porch pirating has been completely deterred, resulting in no reportedly stolen packages or mail.

After taking exhausting report after report of stolen packages with no leads in the winter of 2017, Hiawatha Police Department had had enough. It began setting out packages from a variety of places, like UPS, Amazon and Target, across the city.

The department turned to the public, taking to the local radio station and its Facebook page in search of volunteer porches while letting its plans be known. Through a flood of volunteers, the small community had no qualms about advertising the department’s strategies.

“It was more valuable to deter more thefts than to capture the person responsible. Just deterring would be perfect,” shared Hiawatha Police Department’s Captain Ben Kamm, who has taken on the project.

“We’re particularly proactive around the holidays. We had to get creative when all we were doing was taking a report that wasn’t going anywhere. That’s not good service to the public. You have to adjust to make this a priority to do better for the communities you serve.”

Similar to Campbell, the bait package program doesn’t cut heavily into Hiawatha’s time — all that’s needed is an internet connection. All officers can monitor the packages and receive notifications of it being on the move from their desks or patrol vehicles. 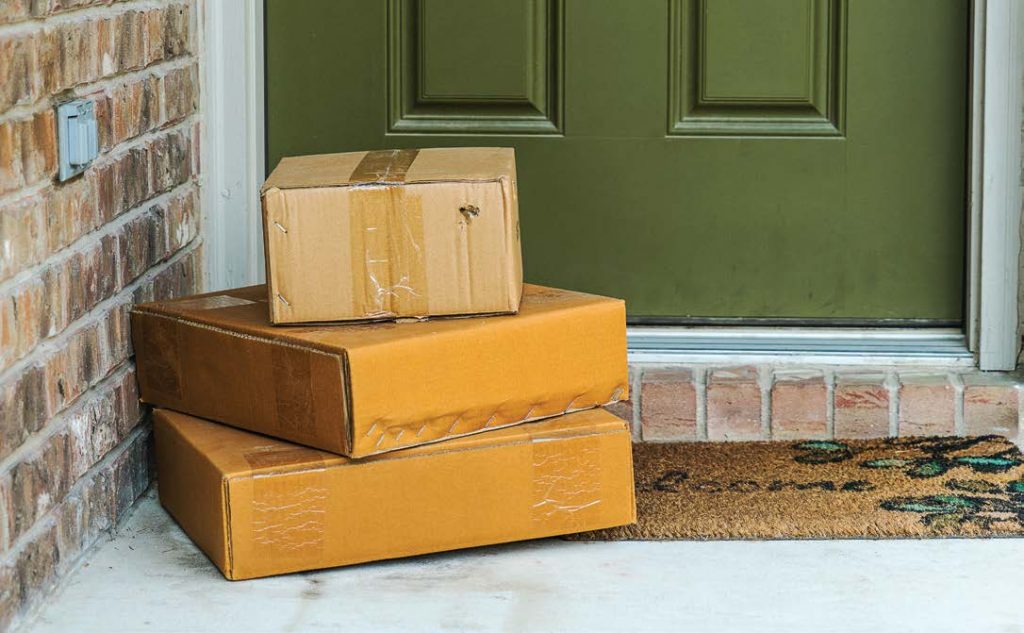 While some residents have invested in their own porch cameras to monitor their packages, sometimes it’s not enough. So various law enforcement agencies have stepped up to serve the public and prevent their gifts and investments from being stolen. (Shutterstock.com)

Kamm continued, “I would say more and more of the public expects us to prevent crimes rather than just respond to calls for the crimes. We have support from the citizens and city council to be proactive.

That varies from community to community, but I think our citizens prefer that we prevent a crime rather than catching someone doing it.”

The ability to remotely monitor the packages has proven to be worth the cost for Campbell and Hiawatha, offering a way to do more with less. Publicizing plans and strategies not only creates prevention toward porch pirates, but allows opportunity for the community to become involved if they want. Many cities have been both surprised and pleased with the amount of community members who have come forward to offer up their porches and their tips.

“People are tired of being victims,” Berg concluded. “They want to have some sense of control. By allowing them to be a part of the solution, it creates discussion, dialogue and strengthens our relationship with them. That’s a huge benefit we’re seeing, in neighbors coming together to work with us.”