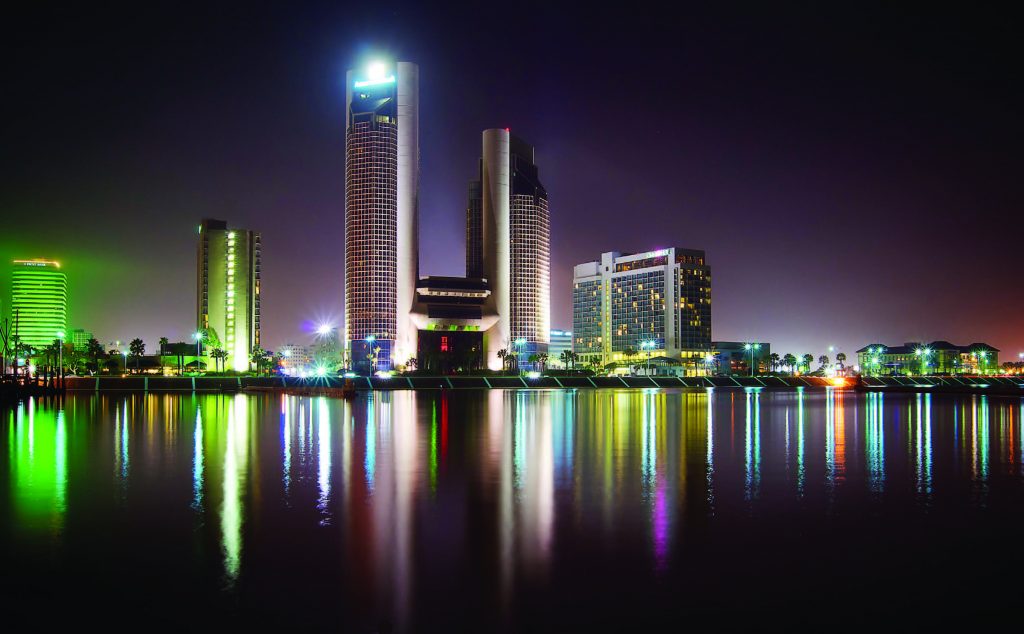 Corpus Christi, Texas, is one city that has been designated as a Talent Hub. One of its goals is to have 60 percent of its population have a post-high school certificate or degree by 2030. (Photo provided)

Cities across America are facing the same problem: There are ample jobs available for all residents in the community, but residents aren’t meeting the basic requirements to fill the positions. The largest contributor to this anomaly? Lack of education, specifically education after high school.

By the year 2025, more than 60 percent of jobs will require some form of secondary education, whether that be college, trade school or an apprenticeship in a particular field. Currently, 99 percent of available jobs created since the recession go to those with some type of post high school education.

However, residents of many cities, particularly those with a large population of minorities or with a large socioeconomic class distribution, aren’t attaining secondary education.

“It’s imperative for municipalities to ensure their workforce is prepared to participate in the workforce and economy of the future, and all data is currently pointing to the fact that the workplace of the future requires some sort of post-high school education,” said Lumina Foundation Strategy Officer for Community Mobilization Dakota Pawlicki.

Talent Hub cities span the U.S. Currently, there are 24 U.S. communities with the designation, receiving it for their efforts to ensure residents of all backgrounds receive an education beyond high school. (Photo provided)

A private foundation based in Indianapolis, Ind., the Lumina Foundation’s entire premise is education after high school. Through community mobilization, education and training, the foundation works with communities to form partnerships within their states to improve their education system for residents of that area.

“Sometimes the partnerships are led by chambers of commerce, sometimes nonprofit organizations and sometimes mayors take this on as their personal project,” Pawlicki said. “The idea is that these partnerships bring together business, government and education sectors for the common goal of attracting, retaining and developing the workforce that particular community needs.” 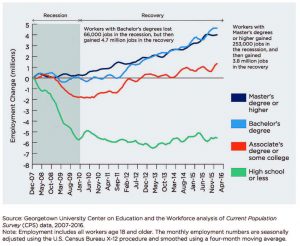 According to Pawlicki, there are a number of cities across the country doing a great job of this, and the Lumina Foundation recognizes and offers support to those communities through awarding a Talent Hub designation

“We realized that we needed exemplars out there in the field,” he said. “These are places we as a foundation can point to that are doing exemplary work to improve education outcomes, and places other communities can look to as an example and as a leader to learn from their successes and challenges. That’s when Talent Hubs were born.”

There are currently 24 Talent Hubs across America. In order to earn the designation, five criteria must be met: strength of partnership health; alignment with local and state-level policy and resources; retainment of individuals who enter the education system; sustainability of programs in planning and practice; and commitment to equity, specifically concerning minority learners.

The foundation provides complimentary funding, technical assistance and practice to each community and partner institution to enact their plans for the future. In order to remain a Talent Hub, communities must demonstrate forward motion and future plans.

“Talent Hubs aren’t just setting up new programs — they’re bringing together employers, higher education, government and nonprofit stakeholders to create new practices that have a dramatic impact across the entire community,” Pawlicki said. “Each of these communities has a specific goal it’s working toward. It’s numerical, time bound and relates specifically to the needs of their residents.” 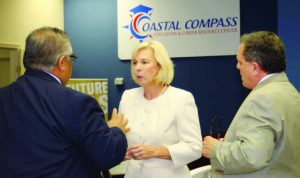 Programs can range from direct work with employers to find students through the education system to working with higher education institutions to get students enrolled, or even directly in the workforce to ensure continued educational opportunities for current employees.

The Citizens for Educational Excellence in Corpus Christi, Texas, is a driving force behind the city’s Talent Hub designation.The goal of the organization, in alignment with local and state-level goals, is for 60 percent of the population to have a post-high school certificate or degree by 2030.

Currently, the workforce has ample jobs available but few candidates to fill them. Working with local schools and focusing most programs on adults with no college degree, Executive Director Janet Cunningham has seen firsthand the impact education has on a community.

“Twenty-five percent of our city’s population is comprised of adults without a college degree,” Cunningham said. “We have great jobs but don’t have the workers to fill them. They need skills, certificates and degrees. Getting people to understand that the jobs are here and getting them on track to earning those positions is our main goal.”

Through a multitude of partnerships across the city built in the last decade, Cunningham and her team are able to make great strides in adult educational efforts, and the Talent Hub designation has been immensely helpful.

“Having that designation has been a great experience because it shows our community and business leaders that we’re doing the right thing,” she said. “It’s opened some doors for us, in people wanting to work with us and get on board with what we’re doing for the community.”

The most important part, Cunningham said, is coming together as a community for a common cause.

“We as a community need to support our own population,” she said. “Businesses shouldn’t have to look outside of our own city or state to find workers, and everything that has happened in our city in the last eight years is testament to that. This has all happened because people have put aside their differences to move these programs forward, and our city is thriving because of that.”