↓
Home→Parks & Recreation→Everything that we do must be fun: The mantra that even fits new park benches 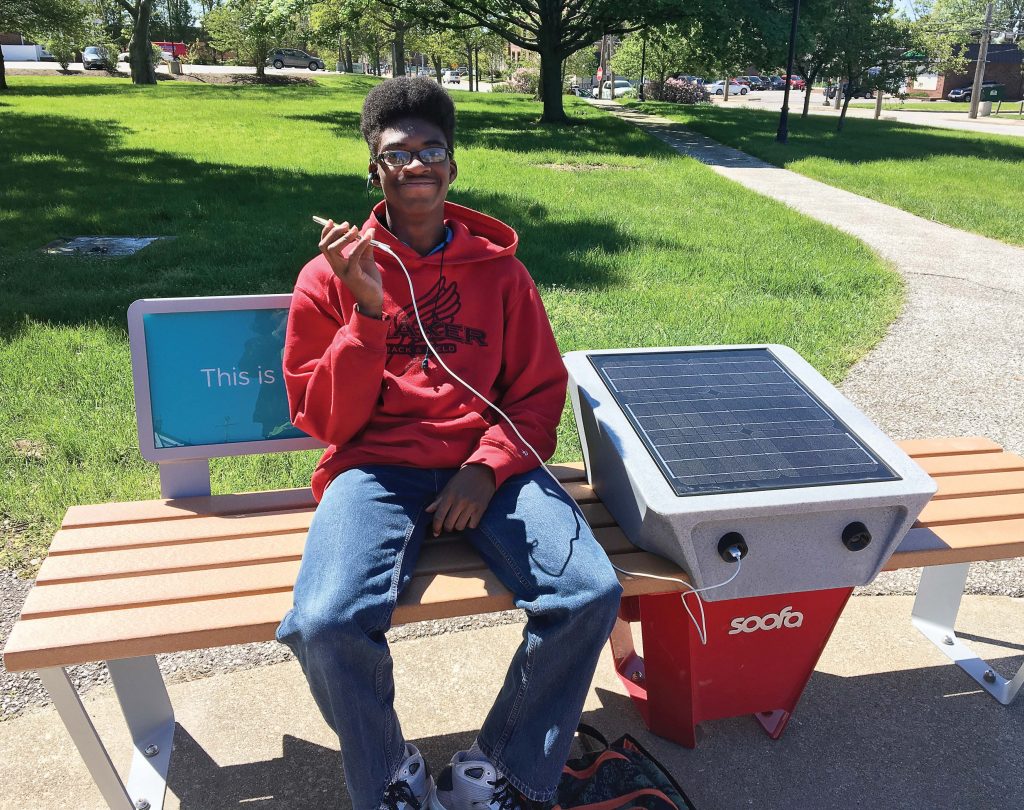 The Shaker Heights’ Soofa smart benches have sparked revitalization in not just Hildana Park, but also the surrounding neighborhood of Moreland. (Photo provided)

In her position in the housing department of her local government, Kamla Lewis didn’t expect to work on a community-changing park project, but that was exactly what Shaker Heights, Ohio, needed. A neighborhood dated more than 10 years was collapsing among countless foreclosures and outdated parks needed their city to advocate for them, and Lewis was the one to do it. The first step was asking the community what they needed.

“We had a series of community conversations and did a survey about how they particularly wanted to utilize the public spaces,” Lewis said. “The number one thing we heard was that they loved their existing parks but felt that they were very dated and focused either on totally passive space with no amenities or that they only had playgrounds aimed for children. They wanted parks that appeal to all age ranges and all groups of people.”

The results of these inquiries led to step two — architects and a variety of designers walking through the parks with local youth to identify what they liked about the parks and what could be improved.

One particular park — Hildana Park — was put in focus. It is a beautiful gateway to the neighborhood but didn’t even have a bench. It hadn’t been updated in well over a decade. The youth built temporary benches in the park, and they were immediately used and appreciated.

“It became very clear that seating was going to be a very simple thing to do in this neighborhood to improve it,” Lewis said.

The invention of the smart benches was the product of a massive team of designers, architects and seemingly unrelated departments. Lewis helped implement the concept with the company Soofa, which specializes in these devices. 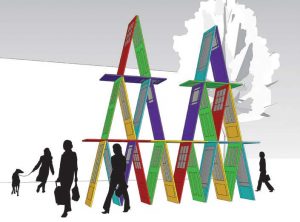 Since the inclusion of benches in the park, Shaker Heights residents have stepped up in a big way to see other updates to the parks, including the inclusion of art. A local multi-media artist Scott Goss submitted this winning proposal in the Gateway category. His piece would feature 29 welded steel doors, each modeled after a front door found in the Moreland neighborhood. Together the doors would create an uppercase M, for Moreland. Another local artist, Charlotte Lees, won the colorful, sculptures historic markers category. (Photo provided) 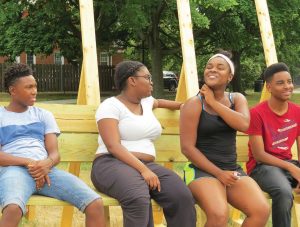 The smart benches were first piloted in Boston, where they underwent an entire year in all elements, users and communities — and they thrived. Even in the winter, the city was able to gather enough sunlight to power its benches.

The benches in Shaker Heights are strategically placed in the park across from a bus stop so they can be utilized by people on many different schedules, of varying interests and of a wide age range.

“It’s become a family place,” Lewis said. “One mother said her young daughter and her friends like to ride around on their bikes and then that’s their end up spot. They put down their bikes, sit down and chat while they charge their phones.”

The park and the park benches have been a big hit in the community. Most recently, a call for artists was advertised. Residents want to see local art put in their beloved park. Other residents have since organized block parties in the park, and more projects are on the way. A team of women are spearheading a youth project to design mobiles that hang from trees. Others would like to do anniversary tree plantings there in order to meet the community’s need for shade.

“It’s really become an entry point to everything in the neighborhood revitalization project,” she said.

The project implementation has not been without its own challenges. Though few obstacles have prevented progress, the simple task of benches has a steep learning curve.

“I’m the housing person … I had to educate myself so I could educate all the other departments that were going to be responsible for it,” Lewis said.

“There were a lot of logistical, practical and financial barriers in the planning,” Lewis said. “One issue was safety — do we want residents using these at nighttime? Do we need to close the park? The company we worked with was excellent in providing answers to those questions, pairing us with people who had done it.”

The Moreland neighborhood in Shaker Heights has now had the benches for a full year without any problems. The community mantra makes these benches especially fitting: “Everything that we do must be fun.”

The benches have led to other community developments — even in Lewis’ field. A developer is working on new houses in the neighborhood, the first one built right across from the park. Lewis put it best:

“When the neighborhood embraces something, it leads to amazing results.”