↓
Home→Fleet→Resurfacing fleet engines can save money 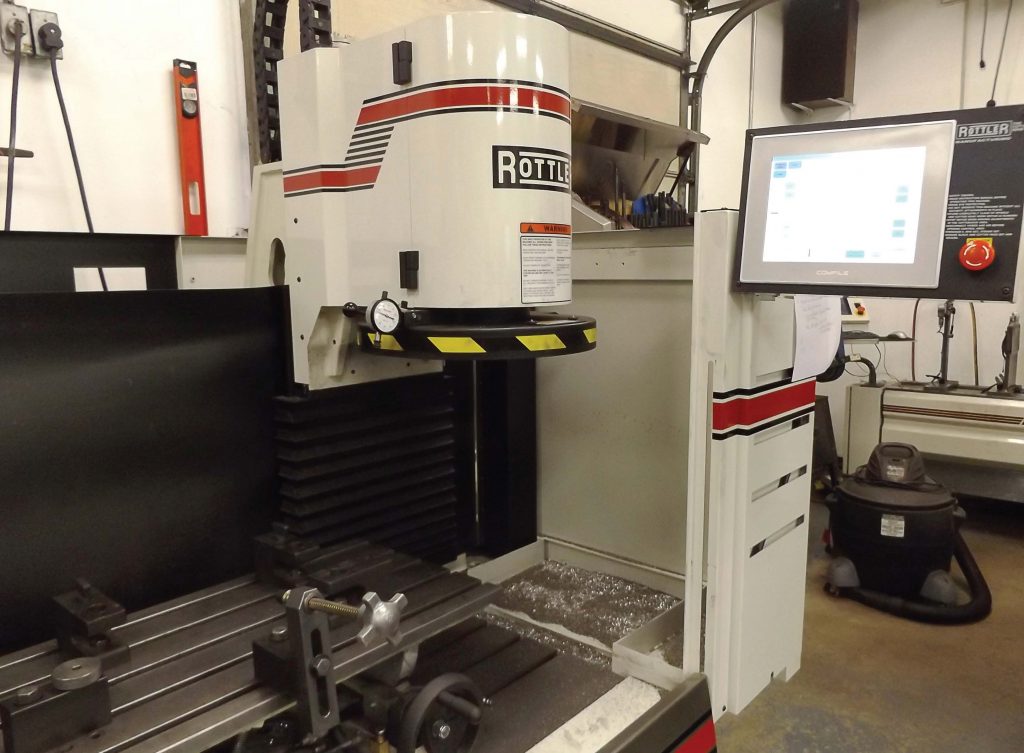 This CNC resurfacing machine can extend the life of vehicles for cities and
towns. The engine part is clamped down and the diamond cutting edge travels above it while the touch screen, where the machine is programmed, extends out to the side. (Photo by Denise Fedorow)

When it comes to municipal fleets, resurface could be the fourth “R” in the “reduce, reuse, recycle” mantra. Engine resurfacing can be done on any type of engine and can save cities and towns thousands of dollars versus the cost of replacement, according to the experts.

Technological advances in cutting edge control has led to the development of the world’s most advanced surfacing machines available today in the Rottler Manufacturing S80 series. The CNC automatic surfacing machine has allowed for more versatility in the types of engines and cylinder heads that can be resurfaced and the precision of the machine can return them to nearly brandnew condition.

Tom Rohr, owner-operator of Advanced Engine in Plymouth, Ind., has been specializing in engine resurfacing and balancing in his shop for over 35 years.

Rohr said the Rottler S86 A series CNC resurfacing machine can resurface engine blocks, cylinder heads and exhaust manifolds on anything from walk-behind mowers to heavy-duty diesel dump trucks and resurface them to a smooth mirror finish — within one-tenth of 1,000 of an inch.

The machine smoothes out any nicks or rough spots. Rohr said new diesel engine requirements call for extremely smooth RA finishes for head gaskets in order to seal combustion pressure and oil and water, something the machine can deliver.

There’s a tiny diamond cutter on the cutting head that goes across the engine block or cylinder head with increased travel time compared to older resurfacing machines. An “added benefit,” according to Rohr, is that the machine can handle extra long exhaust manifolds.

The older technology for resurfacing was very manual labor intensive and a lot of shops didn’t offer resurfacing services for that reason but this new CNC machine is so easy to operate the user sets it up and can walk away. Rohr said he can train someone in a day to operate the machine.

The touch control screen allows for simple programming for how much material needs to be cut, depth of cut, multiple passes and finishing speeds. The machine is moved by sliding a finger on the touch screen’s slide bar. The operator can lock the head in place, program the machine for the length of the part to be machined, set it and let it go. The machine will travel the exact distance it needs to and then return home.

“It’s not reliant on operator’s experience, the machine will do exactly what it’s set to do, you’ll get the same result,” he said.

It’s also very quick, and when it comes to municipalities, this means their equipment can be back in service sooner.

There is also an “infinite” amount of finishes that can be done, and the machine gives such a close finish it can split a hair on one’s head 10 times.

Aside from heavy-duty vehicles in the fleet, equipment owned by cities and towns — like Caterpillar equipment, leaf vacs, mowers and wood chippers — can also gain new life by having parts of the engine resurfaced. Doing so can give an additional eight to 10 years of use before having to replace the equipment, according to Rohr. 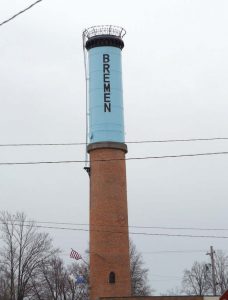 This smokestack identifying Bremen, Ind., can be seen for miles. The town’s head mechanic often uses resurfacing to keep his town’s vehicles in top shape so they can be used several years longer. (Photo by Denise Fedorow) 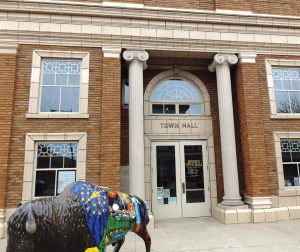 Located in Marshall County in northern Indiana, Bremen often uses resurfacing as a means to maintain its fleet and extend the life of its vehicles. (Photo by Denise Fedorow) 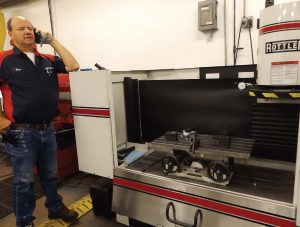 Tom Rohr, owner-operator of Advance Engine in Plymouth, Ind., takes a call while standing next to the Rottler Manufacturing CNC resurfacing machine his shop got last year. (Photo by Denise Fedorow) 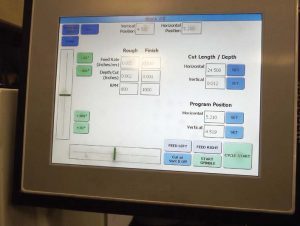 The touch screen of the Rottler Manufacturing S86A CNC resurfacing machine makes resurfacing engines quick and easy. Operators can set the program and walk away. (Photo by Denise Fedorow)

Pat Siple, head mechanic for the town of Bremen, Ind., oversees the maintenance of all the vehicles for the street department, electrical department, police department and the wastewater department. He has often used resurfacing as an option for the town’s vehicles.

He said that any engine can develop a head gasket leak. He added that sometimes head bolts wear and one gets a blown head gasket, but the part is still salvageable so in that case they’d get the part resurfaced.

“Take a vehicle that’s not yet met its life expectancy — it doesn’t get a lot of miles on it but gets a lot of hours on it,” Siple explained. “It’s still a viable piece of equipment.”

Since Bremen is small, vehicles have more idling hours than miles as they pick up brush or perform other similar tasks. According to Siple, having engines idling is one of the main causes of wear and tear on engine parts.

Siple said he’s not had the occasion as of yet to utilize the new CNC machine but is aware that “with that kind of machine everything is more precise — right down to the cat’s meow.”

As far as longevity, he knows getting engines resurfaced extends the life of a vehicle. He said they usually keep a 2 ¼-ton dump truck for 10 to 15 years and what typically happens in the town of about 4,600 is that the body usually goes before the engine.

On the flip side, a city the size of Columbus, Ohio, has a different approach. Kelly Reagan, fleet administrator for the city of Columbus, said the city has a replacement schedule for its vehicles that eliminates the need for trying to extend the life of their vehicles.

“We don’t look at extending the life of our vehicles to reduce capital expense,” Reagan said, noting that the city of Columbus has the funding to support this type of replacement schedule where other municipalities may not.

Another factor to consider when resurfacing engines is whether your city or town will recoup that cost if the vehicle is damaged in an accident. One fleet manager of a small town in Illinois found out they couldn’t and that put a stop to the fleet department’s refurbishing program.

When Rohr got his CNC resurfacing machine last year there were only a handful sold in the world, to date there are approximately 30 that have been sold in the United States, according to sales representative Robbi Galahan of Rottler Manufacturing.

This is still fairly new technology as far as being able to resurface so precisely and quickly, but if you’re looking to extend your equipment for a few more budget cycles before replacing, resurfacing engine parts may be the answer for you.