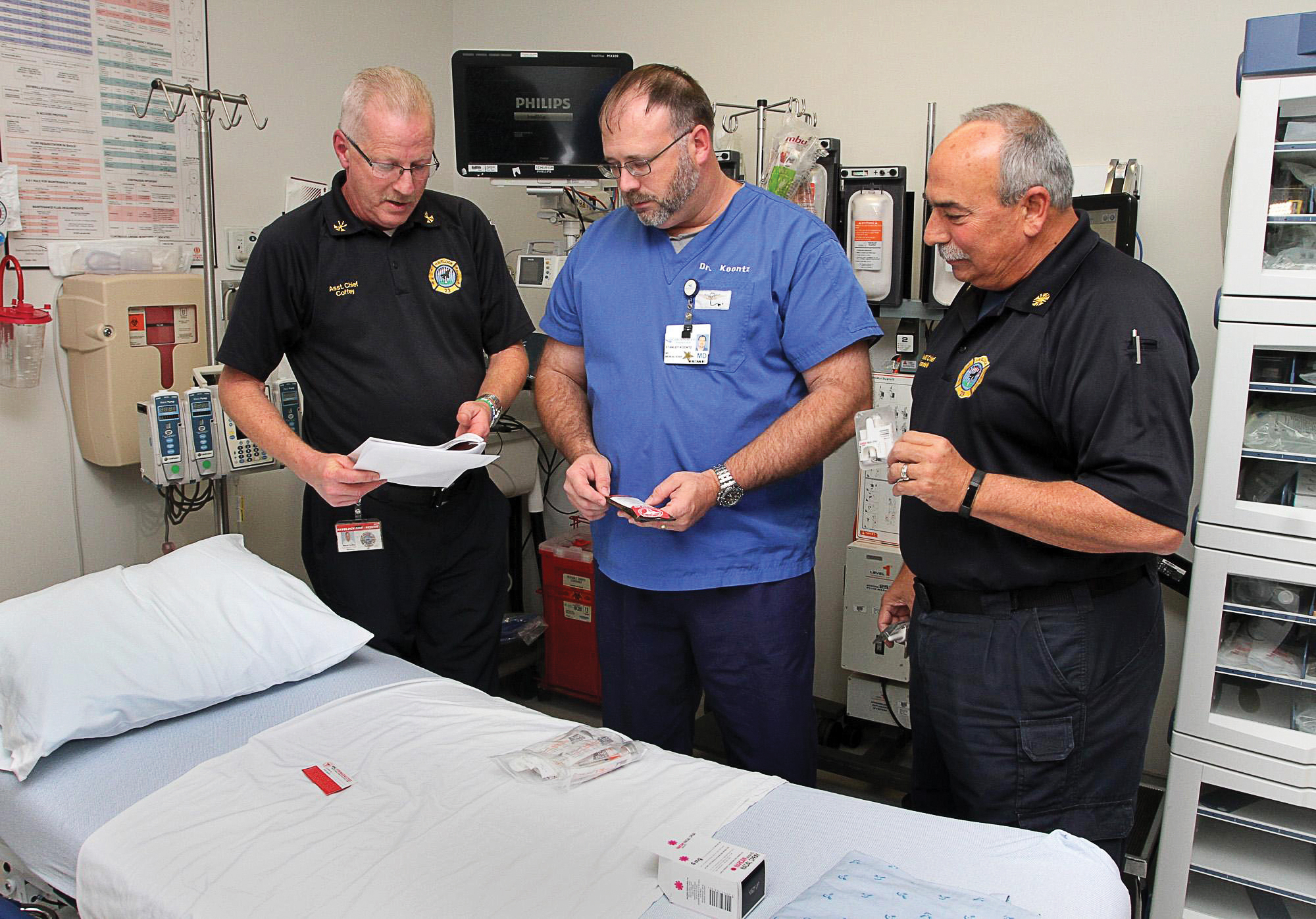 As the opioid epidemic continues, responding in a positive, life-saving way that lacks judgement toward its victims grows more vital. To address the epidemic, the firefighter paramedics of Havelock, N.C., have launched the first-ever legal syringe exchange program headed by fire and EMS in the U.S.

“The catalyst for this program began with our medical director being approached by the state medical director, Tripp Winslow, about starting a SEP last year in helping to reduce the amount of HIV/HCV (hepatitis C) as well as the many other medical problems associated with sharing needles or using dirty needles,” said Steve Coffey, assistant chief of Havelock Fire-Rescue Department, based in Craven County. “We also started the Narcan program for the local police department as well as opioid rescue kits to provide to users and family/friends of users, as well as treatment options and rehab centers.”

“Also, the NC Harm Reduction Coalition provides us with the needle exchange kits, bio-hazard containers as well as the nasal Narcan and Opioid (overdose) kits. Additionally, NC OEMS has supplied us with some nasal Narcan kits,” said Coffey. “Thanks to NCHRC’s donation, no tax money is being used on this program.”

Coffey offered some tips for other fire department professionals who may wish to start an SEP of their own:

“Gaining community support is the biggest step,” said Coffey, “and developing relationships with different groups such as Harm Reduction, and finally, obtaining the support of commissioners as well as medical directors.

“Doing this program was the hardest thing I’ve ever done. Once the community knows there are no tax dollars spent on this program, they are more receptive.”

There are now at least 23 — and probably many more — community-based SEP systems operating in North Carolina, but these are funded by private individuals or faith-based systems. Through such SEP systems, firefighters and police undergo training on how to supply kits, syringes, sterile injection supplies and the antidotes to victims of overdose and how to collect used needles. 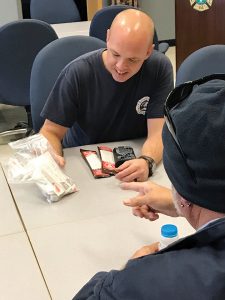 “This program is not only for heroin users, but anyone who wants to discard their needles safely, but the main focus is on heroin/opioid users,” said Coffey, a 30-year veteran with the Havelock Fire/EMS Service.

“When we arrive on the scene we do the normal treatment, maintain their airway, provide supplemental oxygen via bag, valve mask and administer Narcan, either nasal IM or IV. Once the patient responds, we encourage them to go to the hospital. Almost all refuse transport at which time we explain what can potentially happen without medical treatment and offer them or family/friends an opioid overdose kit or nasal Narcan to administer if needed. Depending on how much of a drug or what drug they took the initial dosing of Narcan may/can wear off and they are in the overdose state again, which is why we supply additional doses of Narcan to the friends/family members.”

Most of the drugs the program officials are seeing are heroin laced with fentanyl or carfentanil (Wildnil), fentanyl, oxycontin, oxycodone, Percoset and methadone. The Narcan injection works within one to two minutes at a dose of 1 to 2 milligram and others may take five to 10 minutes with multiple doses of Narcan 2 to 8 milligram.

“The biggest challenge is gaining the trust from folks in the SEP,” said Coffey. “We do not go out and actively search for IV drug users. In our area, we don’t have a problem with homelessness. We are going to start reviewing all OD calls and begin to make contact with the people the following day or two. The problem is many don’t want others to know about their addiction. 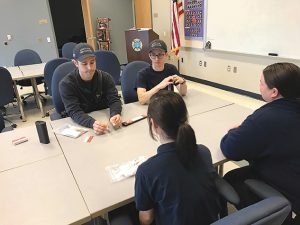 Firefighter/Medics Chris Pereira and Brian Rice are preparing the syringe exchange kits for distribution at the Havelock Fire-Rescue Department.

The number of Narcan rescue kits between the two departments is 12; nasal Narcan kits, including those from law enforcement officers is 41.

According to Coffey, Childs with NCHRC is providing the funding for the initiative.

In North Carolina, if it is the users’ first time signing up for the SEP, the SEP providers must supply Narcan, either nasal or injection. Furthermore, as mentioned earlier, the laws pertaining to Narcan distribution and syringe exchange, state that it’s against the law to use taxpayer monies for the SEP program.

Coffey explained that one of the beginning challenges of the program was the public perceiving that their tax money would be used to help people who overdosed, and once it was explained that tax monies would not be used, public perception became more positive. Another false impression held by part of the public was that the fire department was complicit in enabling the overdosers by giving them clean syringes, and this, too, was not true.

In fact, according to the World Health Association and the American Medical Program, it was estimated that SEP participants are five times more likely to enter drug treatment than non-participants.

Coffey invites other fire departments to contact him for more information about Havelock’s SEP program at scoffey@havelocknc.us.