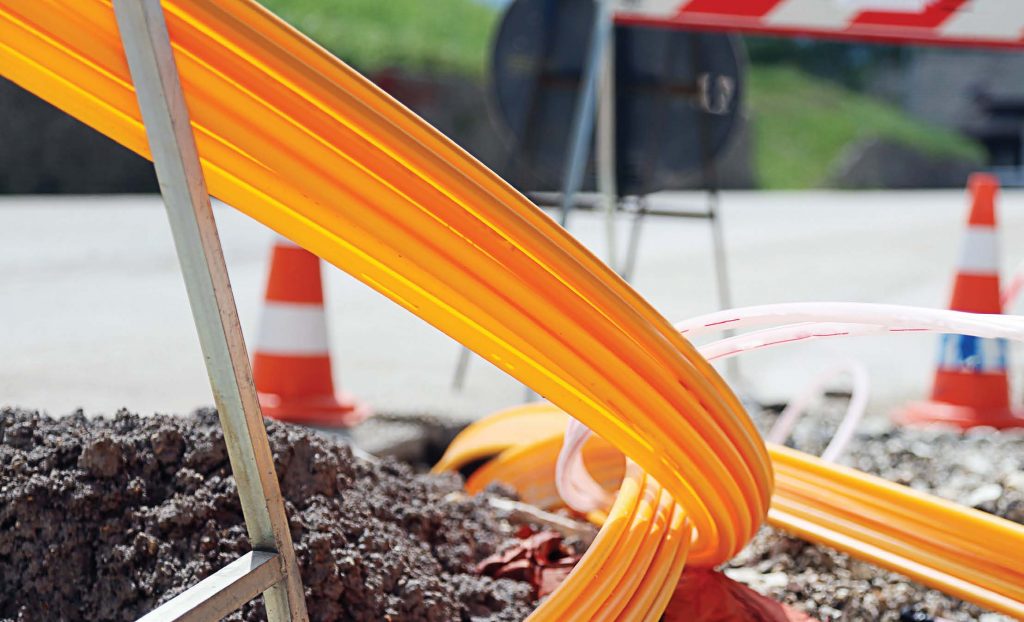 In areas with very few internet providers, some cities are laying their own fiber optic wiring to provide citizens with affordable internet. In some cases, municipality-owned internet can provide an added incentive for people and businesses to settle in one city versus another.(Shutterstock.com)

Municipality-owned internet has its pros and cons, according to Sebewaing, Mich., Light & Water Department Superintendent Molly McCoy, but given the recent governmental battle with net neutrality, the option for cities to provide open internet to residents is appealing.

Nationwide companies often monopolize geographic coverage areas, forcing customers left with a lack of variety to pay skyrocketing prices for subpar service. In addition, the Federal Communications Commission’s battle with net neutrality has left the state of the internet’s future up in the air. Cities that offer internet and streaming services hold an advantage over those that don’t: Their residents may take advantage of open airwaves regardless of FCC regulations.

The city of Sebewaing is one of 40 in the state that operates as an electric utilities municipality, as opposed to using gas resources. This proved to be an advantage in 2013 when residents and businesses alike began encountering trouble getting a reliable internet connection, and the city looked into municipality-provided services. Since the city was already hardwired for electricity, all that needed to be added was the fiber optic wiring and routers to participating entities. While there are some quirks the city is still working out, overall the investment has been a positive one.

“Things have been really good for us here. We were essentially operating with dial up services and speed until this addition,” McCory said. “People who come in from outside towns have been very impressed and it’s been one of those things that anecdotally we hear that people have chosen Sebewaing over other towns because the internet is an attractive feature. This helps to close the digital divide — internet is an affordable and available option for all houses in our area.”

Sebewaing became the first gigabit village in the state of Michigan. Its internet has been anecdotally been cited as a reason people have moved in. (Photo provided)

“The whole town is set up so we can connect any customer who wants to,” she said. “For the most part, people are rapidly hopping on board. We also see people coming to us as soon as their current contracts end with outside providers, but, of course, you’ll always have the people resistant to change.”

Logistically, the city provides internet services for homes. There are four plans to choose from that range from 30 mbps to 1 gig, and the options are affordable, with the lowest plan starting at $35 per month and the most expensive being $160. The cost includes a combination modem/router for customers, and the technology can operate as a wired or wireless device.

“We set this up with the intention of being the cheapest service with the fastest speed,” McCoy said. “We have customers with several kids who stream various services, and we’ve found that they can do everything they need with no problems at all.”

The many advantages of the system largely outweigh the few challenges the city has faced, McCoy said.

“We’ve had some glitches, which is to be expected, but now we’re having good luck with our technology and have been learning as we go,” McCoy said. “This was a fantastic project for us. We had the support of both town leaders and a want from the community to get this done and I’ve been incredibly impressed.”

Sebewaing is not the only city to explore municipality-provided internet. Hundreds of towns around the nation have begun offering this service to residents, including the city of West Plains, Mo. Local officials began installing a fiber ring around the city and public Wi-Fi hotspots throughout downtown nearly a year ago, and Community Marketing Director Todd Shanks said the additional feature is a draw for the area.

“Being able to offer fast and affordable internet is a must for a community our size, particularly when trying to compete against larger metropolitan areas for businesses and investors. We are hoping that by providing this incentive it levels the playing field or maybe even tilts it to our favor,” Shanks said. “For our residents, it could be another amenity to living in West Plains, much like our quality healthcare, fantastic schools, higher educational opportunities and small town way of life.”

As of now, there is no concrete timeline for complete implementation in West Plains, but the city is aiming to have completed this project by the end of 2023, and the expectation is significant.

The largest benefit to the municipality-provided internet undertaking, McCoy said, is the ways in which the service impacts life for residents.

“We’ve been a source of competition for outside providers,” she said. “We’ve seen them step their game up by either decreasing price or increasing speeds, and that’s a good thing for the community. If our residents can save a few bucks each month on internet, that’s more money they can invest back into our local businesses, and for us, that’s worth it.”