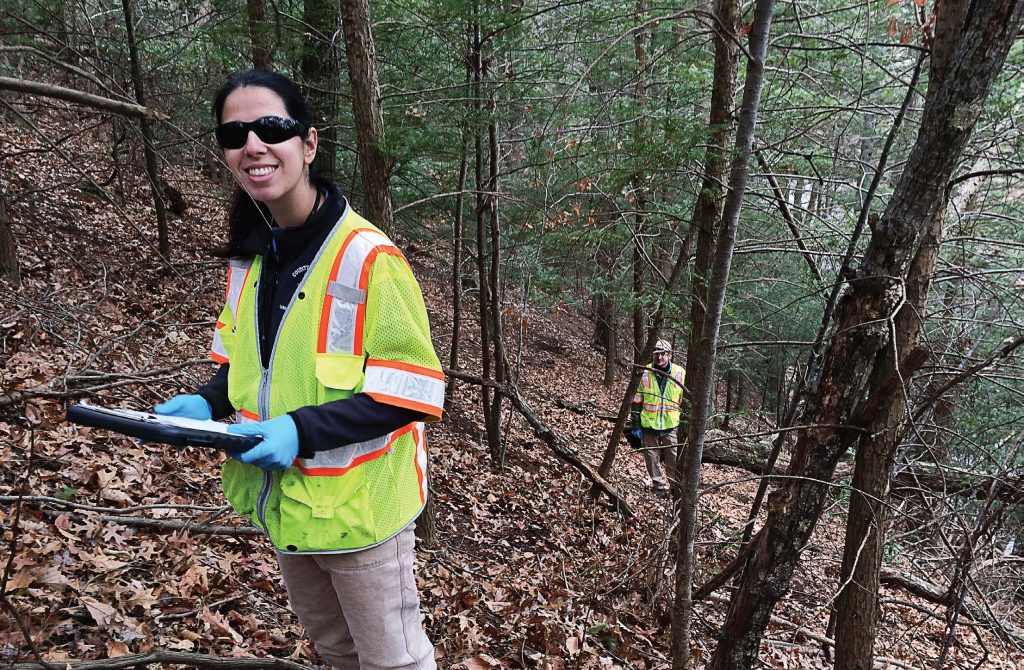 As more communities go big and go green, the focal point is more in green tech rather than green plants. Technology is sometimes easier to implement than the naturally grown products of the planet, but even trees are gaining rights when it comes to zoning and ordinances. The heat island effect is taking over cities and towns as they continue to grow, creating an array of issues that can be counteracted with the simple action of planting and maintaining a few trees.

DEVELOPING A TREE CONSERVATION PLAN
Involve all the stakeholders and meet together to discuss important topics such as:
• What are the goals?
• What are the implications of an ordinance?
• Will there be a requirement of a certain canopy coverage and what does it mean?
• How will it impact development in the building industry and economic development?
• What would the community like to see?
• How does it impact the environmental and socioeconomical values trees provide?

While newer parking lots and buildings have requirements to incorporate a certain amount of trees during or after development, older places face no such rules. Louisville, Ky., completed an experimentation in its own City Hall parking lot, an older parking lot that had no trees or shading that was contributing to the city’s heat island effect.

The project extended over a few weekends in spring of 2017, where volunteers cut into sections of the parking lot, dug out the debris, set and planted nine trees and leveled the section with porous concrete. The hope was for the city to set an example and possibly capture other people’s attention so they may implement the idea in private parking lots, but the city is still configuring a dollar amount it would cost since there was so much volunteer assistance.

“I was thrilled with the project. I absolutely see this as a long-term solution, especially with Louisville’s significant urban heat island problem,” commented Maria Koetter, director of office of sustainability. “Putting as much shade as you can over impervious surfaces is vital. Trees provide cooling; they preserve stormwater, improve air quality, add beautification and all these other benefits.”

After discussing it for a few years, different city agencies partnered to get the job done. The project was spearheaded by one particularly passionate champion at the Parking Authority of the River City who was able to coordinate effectively with everyone. The general public had not taken much interest in the project, but it did capture the attention of other organizations in the area, prompting them to ask questions. The project didn’t impact the amount of parking spaces available nor did it really impact the city employees who parked there since everything took place on the weekends, but there were challenges.

Gathering volunteers for Saturdays could be a potential challenge for other municipalities looking to follow Louisville’s steps since employees may not want to give up their free time. Another obstacle was that, of nine trees, four died. The occurrence was puzzling. All were installed the same way, but the trees that died were all in the center section. While the reason is still a mystery, whether they drowned or if there was something in the soil, two more trees will be reinstalled in the center section in 2018.

Koetter added, “Hopefully, when we iron out the wrinkles, we can use this as a case study and promote it across (the board) for all new development areas and any parking lot.” 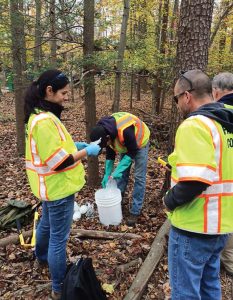 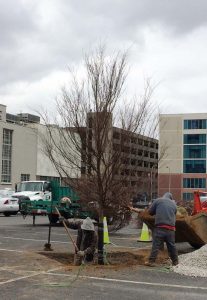 Louisville, Ky., urges other municipalities to move ahead with thoughtful designs on how to plant trees in parking lots. (Photo provided)

Trees conservation is imperative for several towns and cities since it’s a part of their character. Preserving and conserving ordinances have been in place since the late 1970s in Fairfax County, Va., but as times change so does the need to harden the regulations in order to maintain the canopy coverage.

In 2006, the Tree Action Plan was put together as a 20-year strategic plan by all stakeholders from varying departments. Since then, the tree canopy has reached a 54 percent county canopy coverage.

“Virginia is a Dillon Rule State, meaning local jurisdictions only have the powers that the state legislature grants them,” explained Keith Cline, director, urban forest management division. “The only way we could have a tree conservation ordinance in the first place and then strengthen it was if the legislature passed a law that said communities can have an ordinance that can require tree preservation and can require minimum canopy coverage.

“It took an effort by Fairfax County, (which) took the lead in the state by going to Richmond. It was working with the development industry, citizens’ groups and all the stakeholders involved to make it possible. It took a concerted and cooperative effort for everyone to convince the legislature to pass it.”

Through teamwork and excellent communication, Fairfax County created headway for tree regulations for public and private property. All departments continue working together as most ordinances passed must be compatible and in sync with already existing ordinances. Tree conservation overlaps with stormwater management, zoning and several other ordinances when it comes to a development process. Working in isolation isn’t an option.

Regular meetings occur with engineers who are submitting plans; then everyone else on the team meets to run over requirements and other issues to create balance and coordination. While there is good compliance in terms of requirements being met, there are still challenges the community faces.

It isn’t against any rule to remove some trees so long as the canopy percentage is met and preserving some of the trees can be difficult on a small site. As a result, there’s conflict around the change of the neighborhood. Most of the trees being removed are large mature trees, and after construction, they are being replaced with saplings that will take years to reach the maturity of the tree removed.

“There aren’t large open spaces being developed. The county is fairly built out so a lot of the development now going into neighborhoods (is) removing old smaller houses to put in a large house,” said Cline. “The developer has to do a lot of things around a small lot, and it’s getting more difficult to preserve trees. The community is seeing a lot of trees being removed. We’re trying to work closely with everyone involved in the development process, including citizens’ groups and homeowners’ association.

“Some of issues aren’t easy, but I think our ordinances are very strong, clear and give us something to go by that we can work with all of those involved.

In Memoriam
Shortly after the parking lot project in Louisville was completed, David Gross, the off street operations administrator for Parking Authority of the River City who championed the project, died suddenly. He was spoken of as a passionate individual with great green infrastructural ambitions to improve the quality and sustainability of life in Louisville.