↓
Home→Building Projects→A “Community of Choice”: What does it take to attract and retain millennials? 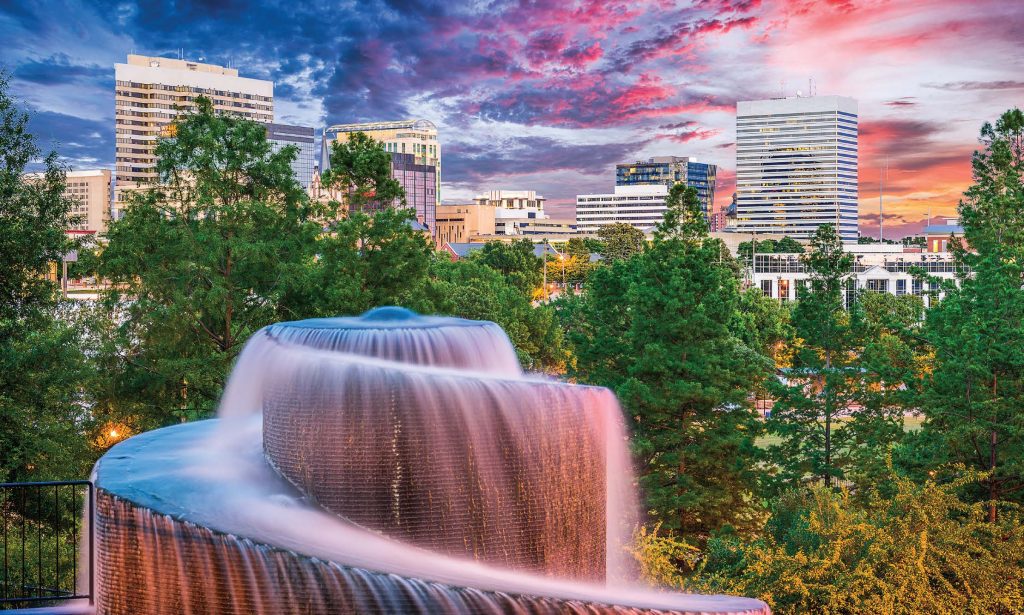 Pictured is Columbia, S.C.’s, Finlay Park fountain. It is the city’s largest and most visited park in the downtown area and has picnic tables, two playground areas and a cafe. During the summer, it hosts outdoor movies, numerous events and festivals. (Shutterstock.com)

There’s no magic bullet when it comes to cities attracting and retaining millennials, but factors like affordable housing, walkability, a vibrant arts scene and tech startups are certainly pieces of that puzzle. Look no further than the examples set by the mayors of Columbia, S.C., and Chattanooga, Tenn., in reaching this generation.

According to Mayor Steve Benjamin, Columbia doesn’t have much trouble attracting millennials as other cities of comparable size — Columbia has a population of about 134,000. He said the presence of several higher educational intuitions contributes to a significant segment of the youth population. He acknowledges two other key factors that come into play as well.

“The DNA of Columbia is very much defined by state government, colleges and Fort Jackson,” he said. “These three institutions shape our demography.”

While these pillars aren’t going anywhere, Benjamin doesn’t take them for granted. Instead, he knows that the city must be proactive in its approach to courting millennial talent because, as he said, they have a wealth of choices when it comes to seeking out jobs and companies.

“We recognize that in the world in which we live now young, talented professionals can live nearly anywhere,” he said.

He said his vision is to make Columbia a “community of choice,” and that means, among other things, continuing to invest in improving the quality of place. Downtown development specifically has been a focus for several years.

“We believe that all cities that people are emotionally connected to have a vibrant and attractive urban core,” he said.

In other words, they want a quality place to live, work and play. To that end, Benjamin said his team has leveraged local and state funds to reshape Main Street. He said downtown has seen about 100 new restaurants and bars open for business under that effort, which no doubt has brought more people downtown.

Entertainment comes in many forms, and sports is one of them. Benjamin said the move to bring amateur baseball to downtown Columbia was well-received by the general public. Spirit Communications Park is a 365-day-per-year multi-use sports and entertainment venue and home ballpark for the Columbia Fireflies.

Another win for the city, which falls under the “live” aspect of quality of life, is the city’s initiative to make homeownership within reach, especially for cash-strapped millennials. With a program available through community development, buyers may spend up to $150,000 on a home, with only a $500 required down payment, regardless of sales price. Eligible properties are single-family homes within city limits. Qualified buyers may lock in low interest rates and don’t have to purchase primary mortgage insurance. Applicants must receive homeownership training provided by the city. He said the program works because it lowers the barrier to entry — a down payment — and encourages people to put down roots.

“It’s a way in which we can provide leverage to homebuyers and make a difference,” he said.

Chattanooga Mayor Andy Berke talks about a different type of leverage when it comes to speaking to millennials. He said while people may come to Chattanooga for job, they often stay for the outdoor scene.

“We’re becoming a place where people see us as having the (type of ) lifestyle they want,” he said. “We have options for all kinds of people.” Biking, hiking, horseback riding, rock climbing and an active watersports culture all contribute to that way of life and are in his words “one piece of that puzzle.”

Berke said the city, which has a population of about 177,000, can’t afford to put all its political capital in one area. That’s why in recent years they have doubled the amount of downtown living units and invested about $1 billion in the city core. A lot of this investment has gone into loft-style housing and one-bedroom apartments — near restaurants, bars and entertainment. Berke said his goal is to grow the number of downtown residents from 12,000 currently to 19,000 by 2020.

At the same time, he said his administration has been keen on attracting jobs and companies that appeal to millennials. “We want the jobs of tomorrow and the people who are going to be running those companies,” he said about the city’s commitment to economic development. 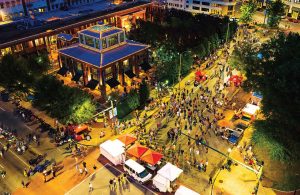 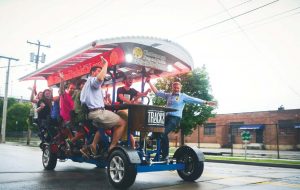 And it seems to be working. Many companies in the insurance, health care and technology industries have established or grown their operations in Chattanooga. Berke points to the Innovation District as an example of making sure “more people have an opportunity to participate in the economy.” He said Chattanooga was among the first of its size to embrace such a concept — a distinction of which he’s proud.

Located in the heart of downtown, this vibrant and walkable area contains Chattanooga’s main downtown public spaces and a host of coffee shops and eateries, linked by attractive streets, a bike-share program and free downtown electric shuttle. Creators and innovators of all kinds collide here. Nonprofits, artists and students alike interface in the new knowledge economy. It is his hope that sparks will fly from dialogue and that people from diverse backgrounds and interests will collaborate.

“It’s not just about technology, but providing a mix of people,” he said.

And these people have certain expectations when it comes to infrastructure. That’s why, according to Berke, Chattanooga has the fastest, cheapest and most pervasive internet in the country, if not the world.

“That means that anyone, anywhere they live has access to 10 GB per minute service,” he said.

Internet may keep businesses connected, but other investments connect people in a different but important way. For example, Berke said the city has a public art department to “enhance the quality of place.” Local government has also worked hard on advancing the area music scene. In other words, it’s about providing opportunities of all kinds.

“We want to make sure young people see it as a place where they have things to do,” he said.