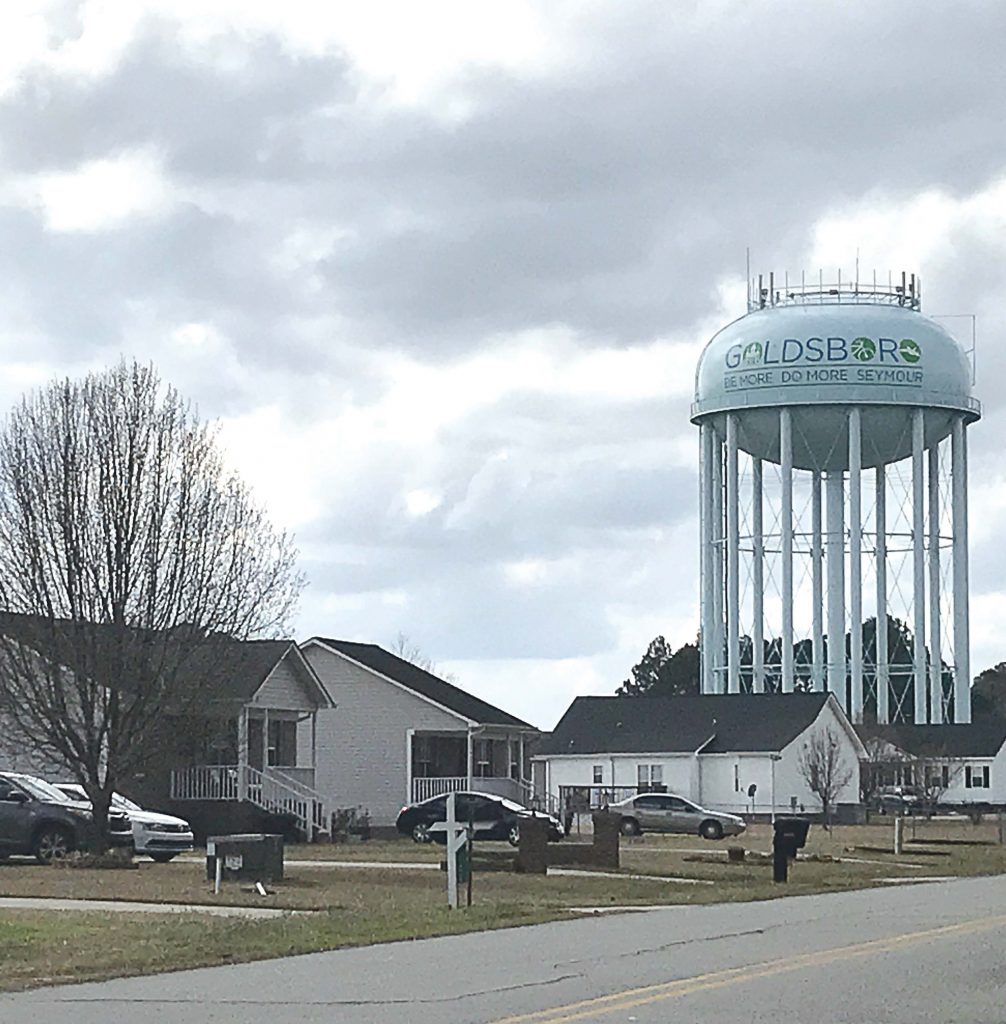 Goldsboro, N.C., installed ShotSpotter sensors in 2017 and has since seen an increase in positive identifications of suspects with officers also able to locate more spent shell casings thanks to the sensors’ pinpoint locating. (Photo provided)

Nearly eight out of 10 times a gun is fired, the incident is not reported and, therefore, police don’t respond. The implication of this lack of reporting and response is that gun violence becomes more prevalent, residents who reside in high gunfire locations feel unsafe and community trust in law enforcement weakens.

In more than 90 cities across the United States, police departments are using technology to help them learn of and respond to gunfire in their jurisdiction, even if an incident goes unreported by the public. Gunshot detection sensors have grown in popularity in the last decade, and police departments credit the systems with quicker response times, fewer escaped suspects and the ability to piece together crimes in record time.

Goldsboro, N.C., installed the sensors in 2017 and the instantaneous feedback when a gunshot goes off has been an impressive, and appreciated, feature.

“Sensors are placed throughout the defined coverage area. Once a shot is fired within the coverage area, the closest sensors to where the shot was fired begin to communicate with each other to see if they heard the same thing. Then the information from the affected sensors is sent to the center in California where the gunshot is verified by a human,” said Major Dwayne Dean of the Goldsboro Police Department, who served as project manager for the city’s ShotSpotter implementation. “From the time the gun is fired, the sensors detect the information, it’s verified and the dispatch center is notified — all within approximately 45 seconds.”

The technology itself is comprised of a series of microphones located throughout the city designed to detect the sound of a gunshot and pinpoint its location within 25 meters. The system also features a map element that provides directions to the location of the incident as well as access to a mobile app compatible with smartphones and tablets.

“The technology shows us a dot on a map where the shot was fired from and the officers are required to search 25 meters out from the dot on the map for evidence,” Dean said. “With ShotSpotter, we now are able to locate spent shell casings that, prior to the implementation, we would not have because of the pinpoint location.”

The system alerts to all noises over 500 decibels and is able to differentiate between gunshots and cars backfiring or fireworks. Dean credits the technology with an increase in positive identifications of suspects.

“This technology has allowed our officers to make more arrests and recover more spent shell casings,” he said. “Officers arrive onscene and stop any person walking in the general area and often that is our suspect.”

Dean said the process of getting the community on board leading up to the technology’s implementation was exhaustive, but necessary.

“The first step was getting all the permissions signed by property owners in order to place a sensor on their residence or building. Most owners welcomed the opportunity to have a sensor placed, while some did not want a sensor for one reason or another, but we were able to convince most people once they learned of the benefits,” he said. 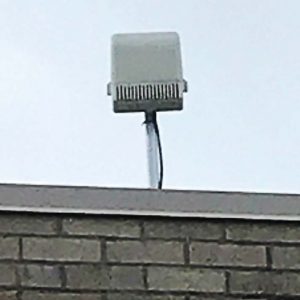 Pictured is one of Goldsboro’s ShotSpotter sensors. The sensors provide instantaneous feedback when a gunshot goes off so police departments are aware of such instances even if they aren’t reported by the public. (Photo provided) 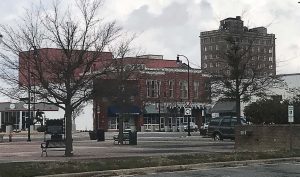 The city had to get community members on board to get all the permissions needed to install gunshot detection sensors on buildings. Fewer than 100 sensors were installed by Goldsboro. (Photo provided)

“Initially, there was no specific neighborhood selected for the ShotSpotter technology to be installed. We just looked at the areas of the city where we had the most shots fired calls and gun violence cases,” Dean said. “We started there, which happened to include all of our Section 8 Housing communities.”

Dean said the ShotSpotter technology has been embraced by Goldsboro residents — and for good reason.

“The public’s reaction has been positive as they see it as a tool to help rid their community of unwanted gun violence,” he said. “I would recommend this technology to any agency that experiences an excessive amount of shots fired calls as well as gun violence cases within their jurisdiction.”