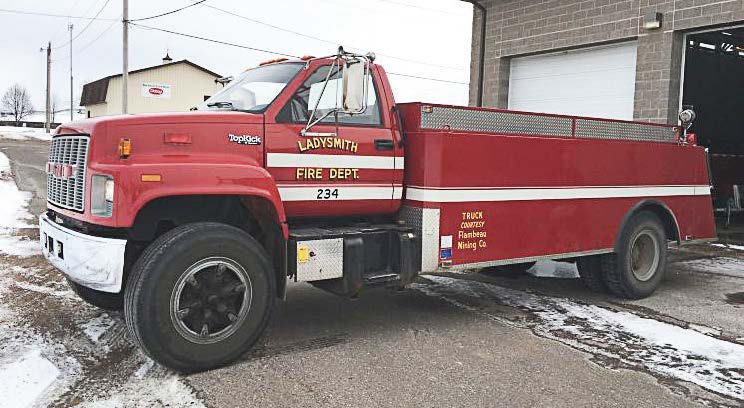 Pictured is a fire apparatus that was recently featured in a Wisconsin Surplus auction. If a city is aiming to purchase a used vehicle in an auction, it should always look at it before placing a bid. (Photo provided)

Auctions can be a viable means for cash-strapped municipal governments to buy and sell used equipment. On the selling side, an auction is a good way to turn idle, surplus assets into revenue. And the purchasing side bears its own fruits.

“It’s a good way to look for equipment you don’t use a lot,” said William Faltz, manager of Wisconsin Surplus Online Auctions. “You can find awfully good used equipment (at auctions).”

Wisconsin Surplus is a family-run, full-service auction company based in Mount Horeb, Wis., that has been in operations since 2004. The company specializes in selling items/property for state and local municipalities via online auction. It also offers onsite auctions or use of its auction sales lot/warehouses.

Faltz has seen his share of equipment in his time with the company. He said previously owned equipment can be a diamond in the rough “because municipals are good about maintaining equipment. So, you’re in good hands there. There’s a lot of stuff out there waiting to be had.”

Of course, with any significant investment comes the need for due diligence. For this reason, Faltz recommends purchasing agents do their homework. That means test driving whenever possible. “Always look at it before purchasing,” he said. Ask as many questions as possible in advance and have a clear idea of what you want before you enter into a transaction, he added. That includes a budget or at least a ballpark figure of how much you can spend.

The dealer’s qualifications and reputation should enter the equation as well. That means compliance with government regulation, if applicable. Most states, but not all, require that an auctioneer have a license, and even some municipalities require a license. Word-of-mouth reputation and online reviews can be telling.

Faltz recommends asking for references from other agencies. Speaking of reputation, Faltz said that, on the balance, municipalities on the selling end do not raise concerns. “In most cases, we rely on the municipality to be honest,” he said.

The company also facilitates the transaction by taking care of things like safety inspections and listings. It can even handle the payment logistics side if needed. Faltz said they have auctioned off everything from fire trucks to Zamboni machines. Some items are in better condition than others. Oftentimes, they are mechanically sound but need some exterior work. “We’ve sold squad cars that ran into concrete tunnels,” he said.

It’s a matter of supply and demand. And in most cases, Faltz said they can move equipment in two weeks or less. Sometimes purchasing managers are looking for something very specific not found on the traditional market. For this reason, Faltz said keeping an open mind is key. “Because there’s someone out there willing to buy,” he said.

Government agencies around the country are turning to auctions for liquidating and/or acquiring inventory. For instance, Middletown, Ohio, reported a success story with online auctions as shared in The Municipal, which can be read at www.themunicipal.com/2012/11/surplus-equipment-sales-help-cities-stretch-budgets/. The town made $1 million in revenue from the sale of surplus items after it used an auction site in 2005.

Alabama’s Department of Economic and Community Affairs consistently relies on auctions for turning inventory into income. ADECA’s Surplus Property Division is responsible for the sale of all property declared excess by state agencies that participate in the surplus property program. The department handles the transfer of all federal surplus property allocated to the state from both military bases and federal agencies. According to its website, at any given the department has about $50,000,000 in inventory on hand. This program is a boon for the state because it saves Alabama taxpayers millions of dollars annually by selling this property for a fraction of its value to public entities and eligible nonprofit organizations. ADECA conducts public auctions about three times a year, but surplus items are available at any time to municipal and county governments, state agencies and qualified nonprofit organizations.

Many other cities have also begun to add upcoming auctions to their websites as a means of drawing more potential bidders. With a variety of auction companies available to choose from, municipalities are likely to find a partnership that is right for them and lucrative.