↓
Home→Fleet→Saving dogs that save lives 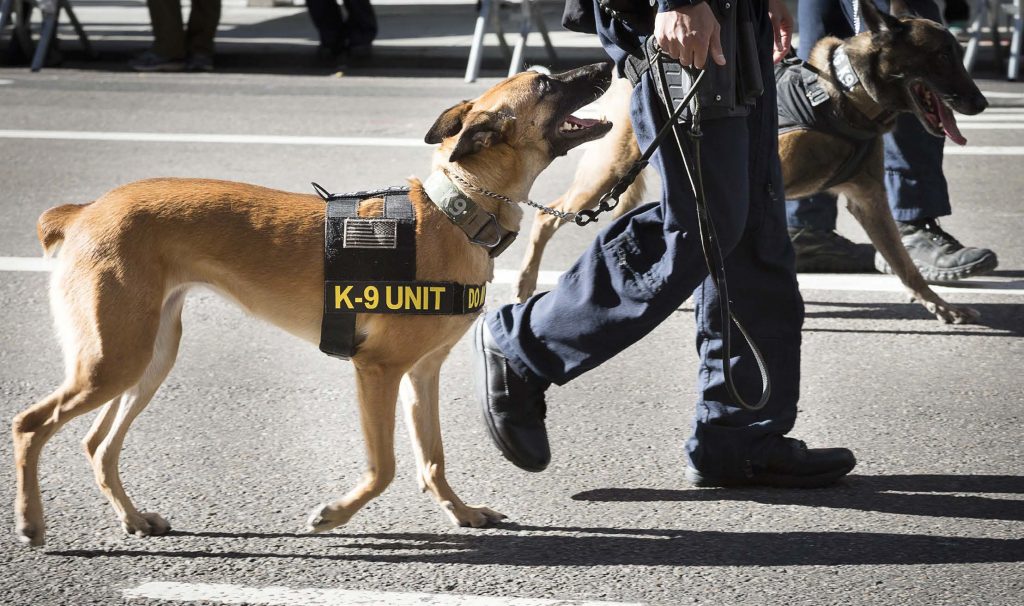 K-9s and their handlers form a bond based on trust, loyalty and understanding. While it’s easy to understand that relaxing is on a handler’s mind aft er a long shift , they should remember that their partner would like to relax with them and not be forgotten. (Shutterstock.com)

Due to being left in hot vehicles, there were a total of 13 K-9 deaths in 2017. Their preventable deaths weren’t only a blow to hearts everywhere, but also a blow to the departments’ reputation and finances. The technology for heat alarm systems has been available for years, and while systems can malfunction, it’s another step in the right direction to protect life-saving dogs.

With a wide variety of systems available, it can be difficult to decide which one would be the best fit while staying within a budget. The reviews on the systems will be the ultimate deciding factor as officers pull together to share information that will help others. The Canfield Police Department, Canfield, Ohio, has invested in the AceK9 HOT-N-POP PRO system since 2004, after reading the positive reviews.

“We looked at the reviews and this system seemed most up-to-date with the best ratings,” explained Chad Debar, K-9 officer. “They all recommended it by saying it has the best warranty, safety and overall system. We’ve had no issues with it. With today’s technology, no dogs should die in cars. It should be mandatory for any police department with a dog to have a system in the cruisers.”

The system is wired through the cruiser with heat dual sensors installed in the back of the cage to monitor heat temperatures. On a pager-like monitor, a warning will appear and vibrate if the car has exceeded the set temperature in the vehicle. Meanwhile, the alarm system will set off the cruiser’s siren and flashing lights, dropping the windows down to release the hot air while catching the attention of passersby.

An additional feature is a button on the center console and monitor that will pop the back passenger door open, letting the canine out to assist the handler when necessary — a helpful feature if the handler finds themselves with their hands full and in need of backup. The system can be programmed to work either when the car is running or turned off . When it’s set to “manually turned off,” it can result in a dead battery if forgotten. Debar commented that during the hot summer months, he programs the system to be manually turned off since that’s the most worrisome time for K-9s. “What’s really going to kill the canine is if they’re stuck in the back in heat. The heat is what you have to be aware of and pay attention to with your dog,” Debar elaborated. “We form a bond with these dogs.

They’re our partner and part of the family. It doesn’t look good for your department if that poor animal dies because of your ignorance and laziness on not checking on them. Even with the system, I still check on my dog in the heat every 20 minutes to ease my own mind in making sure he has water.

“If I’m on station and it’s really hot outside, I’ll bring my dog. I have a crate where I can put him so I know he’s okay. Your cruiser malfunctioning is what mostly happens when you hear about these stories of officers finding their dogs suffocated. They left their vehicle for a long period of time and they had these systems, but the car could turn off and the system may not detect that. Don’t think, ‘I have this system so he’s okay.’ They’re not 100 percent reliable. The only thing that’s 100 percent reliable is you checking on your dog. Don’t be complacent. Go check on them.”

Heat alarm systems are more common in K-9 cruisers, but deaths still occur due to a malfunction in the system, vehicle or both. If the system is set to turn off when the vehicle does and the engine malfunctions, that leaves the dog vulnerable without the handler ever knowing. Handlers will often rely heavily on the system and not check on their partner for hours.

“The HOT-N-POP PRO system has been instrumental in saving dog’s lives, and even if they’re safe with mechanical systems and alarms, the dog needs to be checked on regularly,” said John Brannon, master trainer and owner of Shallow Creek Kennels Inc., Sharpsville, Pa. “The biggest thing is leaving the back windows down halfway, even on the hottest days. That allows the car to breathe even if the engine or alarm were to fail, then the dog isn’t locked in a sealed car. Another big thing is being diligent and check on the dog every 15-20 minutes during extreme temperatures.”

Brannon added that departments should spend money on a quality product as the benefits and cost analysis throughout the years will not only save money, but the dog’s life as well. Funding may be difficult to come by, but local organizations have been known to donate money to keep dogs safe and healthy. When knowing the cause will benefit an animal, several dog lovers won’t hesitate to give as much as they can at the moment. There are also grants available that can assist the unit.

“Research these systems,” advised Debar. “There’s always newer stuff coming out. Some police departments may not have big budgets and may not get a lot of donations, but the last thing a department wants to do is be cheap on this equipment when it can save a dog’s life. People love animals, and when we show them how the dogs work, what they can do and where they came from, they’re almost always willing to donate toward K-9s.” 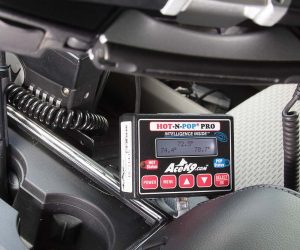 The HOT-N-POP PRO system is highly regarded, but there are other systems available as well. Reading reviews and thoroughly comparing systems will lead the department to select the right one for them. (Acek9.com) 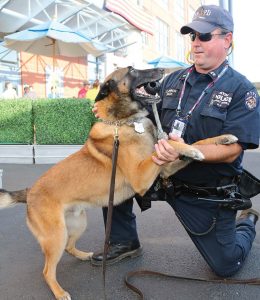 The thought of their dog dying in the back of a cruiser is unbearable for several handlers, which should only push them to continue to constantly check on their dog’s condition and safety so they can continue their partnership.(Shutterstock.com)