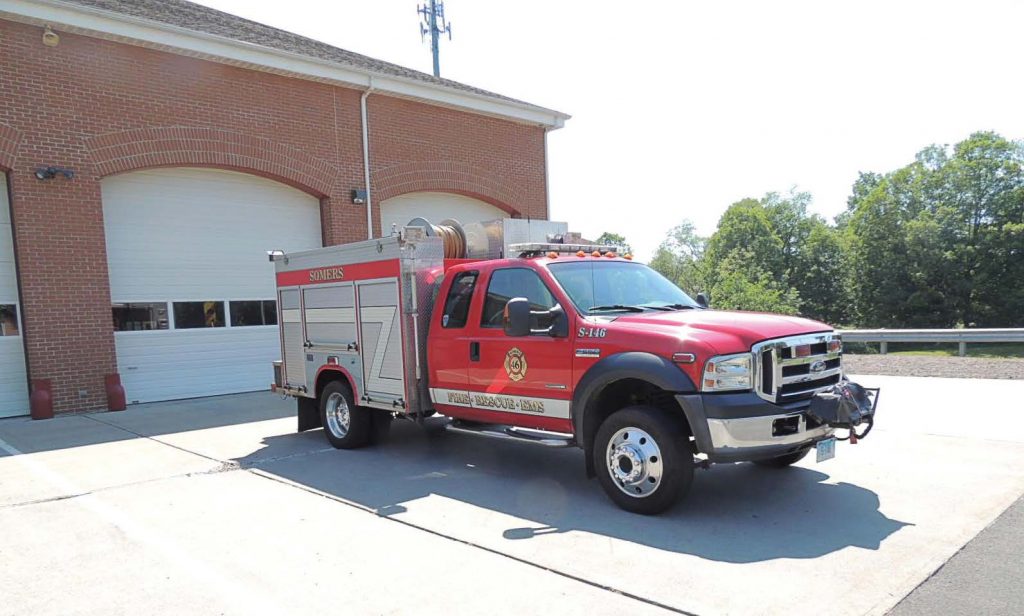 Rapid response vehicles are not only offering better maneuverability, but also savings in costs when it comes to fuel and insurance. Pictured is 2006 F-550 4×4 that had been sold for Somers, Conn.; it is now serving in Warwick, Mass. (Photo provided by Fire Tec)

It is human nature when buying a new car to wish for all the bells and whistles, the more with which to impress your next-door neighbor. And don’t forget after-factory add-ons like a booming stereo, GPS navigation system and maybe even an in-dash video.

Fire departments have faced similar decisions when a new apparatus was needed, pouring through the catalogs looking for all the latest, biggest and most technological gear for their fleets, even if they are “only” considering a previously owned heavy-duty rescue truck.

The tide appears to be changing in some fire departments over the country. Where fire department fleets once were made up of large, heavily outfitted trucks, some are now downsizing to rapid response vehicles. 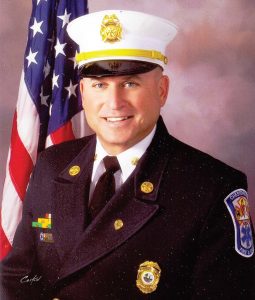 Battalion Chief Robert Avsec, retired, not only served with the Chesterfield, Va., Fire and EMS Department for 26 years, but he has also been an instructor for fire, EMS and hazardous materials at the local, state and federal levels, including more than 10 years with the National Fire Academy.

Though retired, Avsec, a freelance writer, keeps in close touch with the fire career arena overall and offered some thoughts when asked about the trend toward downsizing

“It’s very difficult for smaller departments to train drivers/operators and for those folks to maintain a high level of competency operating today’s massive fire apparatus.”

Additional advantages of a smaller chassis include more maneuverability; more economical benefits where cost, fuel and insurance are concerned; and increased safety when operating it, with Avsec noting that a fully equipped fire engine/pumper can weigh 25 tons whereas an average mid-sized car’s curb-weight only tips the scales at 3.4 tons.

Barb Bauman of Fire Tec is one of the company’s Fire Truck Ladies who is in charge of selling used fire trucks and apparatuses, including ambulances, wildland/brush vehicles, tankers, aerials and more. Fire Tec does not own any apparatus, per se, but acts as a broker among fire departments across the country. Though she has not noticed the downsizing trend too much in her business, she offered some comments. 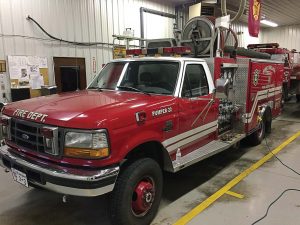 This 1995 F-450 4×4 was owned by Pine Village Volunteer Fire Department of Indiana before being sold to Ryland Heights Fire Department in Kentucky. Many rural volunteer fire departments are finding rapid response vehicles to be handy, especially if they are contending with more difficult terrain. (Photo provided by Fire Tec) 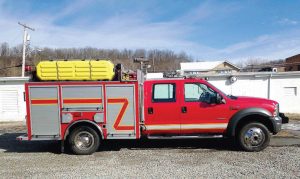 “Rapid response vehicles have always been good sellers, partly due to the fact that they are usually 4×4, can go places (that) can be a challenge to Type 1 engines and they can still offer good storage space for rescue tools,” said Bauman.

“Also, these units are easy to drive and have the ability to reach rural areas in small communities; a majority of our buyers are small volunteer fire departments, which often means that they are dealing with dirt roads and hills. Some of these smaller fire departments have very large service areas, and many need to fight brushfires. The 4×4 ‘mini pumper’ can be an essential piece, but we have not heard our customers express that they are switching to these units for the purpose of downsizing fleets; they still need full-size tankers and pumpers in order to bring water to the scene in rural America, where there are no hydrants.”

The mini-pumper, as Avsec pointed out, was the original terminology used to describe today’s rapid response vehicle, and with technological changes, this leaner and still fully capable truck has become an acceptable option to the larger full-size fire apparatus.

Bauman said she went through her “last 20-30 recent sales, and they were not selling to downsize, but we always have fire departments in need of good used apparatus, and there don’t seem to be enough units to fill the demand.”

Fire Chief Steven M. Wanczyk, BCO of the borough of Bridgeport, Pa., Fire Department, noted that his department is one of two independently chartered fire companies.

“We don’t actually use their trucks; they are dispatched along with our department and bring their own personnel.”

Last June, the Bridgeport Fire Department planned on downsizing its fleet with its three Class A pumpers being reduced to two and one of the two utility vehicles will be sold, according to Wanczyk. That department of two chartered fire companies — Bridgeport Fire Co. No. 1 and Good Will Fire Co. — uses equipment-sharing with a fleet of one quint, two engines, one utility truck and a command unit.