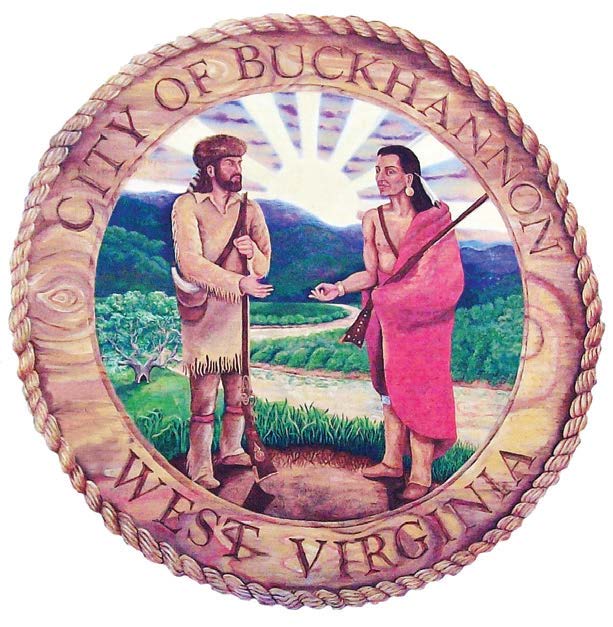 Native Americans have always figured prominently in the history of Buckhannon, W.Va., a city of 6,132 people in the center of the state.

During the late 1500s and early 1600s, Hurons occupied the West Virginia territory. They were driven out by the Iroquois Confederacy, which used the land for hunting.

Other Indian tribes, including the Shawnee, Mingo and Delaware, migrated to the area during the early 1700s.

In 1744 Virginia officials purchased West Virginia from the Iroquois and several skirmishes between Indians and settlers ensued.

As the number of settlers grew, the Indians moved further inland, ceding the region to white settlers.

Brothers Samuel and John Pringle were the first Englishmen to arrive in Buckhannon’s county of Upshur.

They deserted their posts at Fort Pitt in present-day Pittsburgh and arrived in Upshur County in 1762, near the end of the French and Indian War.

Legend has it they lived in hiding in the hollow stump of a giant sycamore tree for three years. When John traveled to a nearby settlement for supplies in 1765, he found out the war had ended and he and Samuel were no longer wanted for desertion.

In 1769 Samuel and his wife, Charity, joined several other families to settle the present community of Buckhannon.

The first school was established 10 years later and the first postmaster was appointed in 1804. During the American Civil War, Union and Confederate troops clashed in and near the area and each seized control of the town during the conflict.

Buckhannon was established as a town in 1816 and was incorporated in 1852.

The city seal, created in 1998, depicts an imagined meeting between Samuel and Delaware chief Buck-on-ge-ha-non, the purported namesake of the town. Other historians speculate the town and nearby Buckhannon River were named for John Buchannon, a Scottish clergyman who served as missionary to the area in the 1780s.

Both Samuel and the chief are holding their rifles, but neither in an aggressive posture. Their hands are extended in either greeting or trade as the sun beams from behind. They are standing on the sycamore stump that reputedly served as the Pringle brothers’ abode from 1764 to 1767.