The same troubles challenge nearly every city: residents complain when homes or buildings in their neighborhoods become run down, trash begins to collect or landscaping is not properly maintained. Calls are placed to the city, warnings are sent and eventually the problems are either handled or the structures sit vacant.

But what if there was a way to get ahead of those complaints, keep neighborhoods clean and safe and, therefore, maintain property values of all the homes in a city?

That’s where code enforcement officials and the programs they run take center stage.

Avalon Code Enforcement Official Paul Short Sr. handles all of the portal requests and finds the system to work quite well.

“Since the implementation of the system in July 2017, we’ve received 139 complaints,” he said. “Individuals are able to submit complaints and photographs and then keep track of where we’re at in investigating. Instead of having to physically get in touch with me, residents can keep us up to date on what’s happening in their neighborhood in a few simple steps.”

Code enforcement is crucial to the well-being of an area, Short said, because violations of city codes impede on the quality of life for residents.

“Code enforcement targets quality of life issues. When codes are violated, particularly in neighborhoods, you start seeing mosquito breeding, property values affected and a host of other bothersome issues,” he said. “It’s important to the people who live here and visit here that they can enjoy their day-to-day lives.”

Short is the primary enforcement official for Avalon but works with a team of two deputies, the public works director and an assistant director to ensure all runs smoothly.

In other cities, larger teams are used to enforce building maintenance and structural codes. 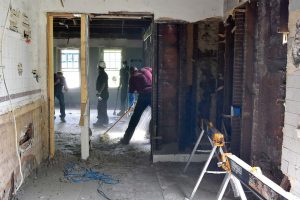 Roseville, Minn., has taken a proactive approach to code enforcement that includes a housing replacement program that works with Better Futures Minnesota and ex-convicts to dismantle homes. (Photo provided) 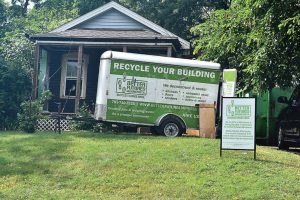 Not only does Better Futures Minnesota provide ex-convicts with employable skills, it also diverts building materials from the landfill by recycling them instead. (Photo provided) 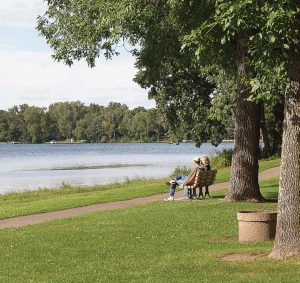 Proactive code enforcement maintains the beauty and stability of communities, allowing residents and visitors to enjoy the views. Pictured is a view from Roseville. (Photo provided) 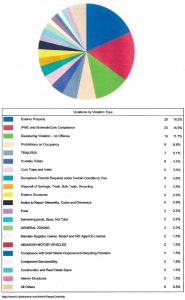 Pictured is a pie chart that breaks down the type of code violations reported to Avalon, N.J.’s, online portal system. (Graph provided)

According to an article on goErie.com, Erie recently increased the number of code enforcement officers to six in order to concentrate on enforcing housing and building codes for the roughly 38,000 structures within city limits.

“At this point, the goal is for voluntary compliance and to develop a plan of action for the property,” Erie Code Enforcement Officer Aaron Snippert said. “If we address these now, rather than three years from now when they get worse, we can prevent further problems in the neighborhoods later on.”

The article stated that in the past, the city’s code enforcement office was understaffed, lacked adequate funding and primarily reacted based on citizen complaints. The increase in officers is in an attempt to take a proactive approach to code enforcement as opposed to being reactionary.

In Roseville, proactive code enforcement is the norm.

“We are very proactive in code enforcement,” she said. “We inspect neighborhoods on a regular basis to find typical code-related items, like overgrown grass or maintenance issues.”

Code enforcement officers will issue warnings to homes that violate code with a 30-day expiration date, and Kelsey said this system works well for their town.

“We usually receive pleasant reactions and support because neighbors know they don’t have to call us and complain or have their name associated with a complaint,” she said. “It’s about keeping our community looking well and providing an opportunity for neighbors to rest assured that their community is compliant.”

In addition, Roseville has a housing replacement program for homes that are beyond simple repair. The city purchases the lots and then works with Better Futures Minnesota, a nonprofit that works to dismantle homes and recycle as much of the building materials as can be salvaged.

“Better Futures works with ex-convicts to give them an opportunity to learn an employable skill,” Kelsey said. “We purchase the lots and Better Futures comes in and salvages and recycles what it can, sells items that are up to par and works with Habitat for Humanity Restores to send the unsold items there for repurposing.”

Since the program’s inception in 1998, the city has purchased six lots in this fashion.

All of the efforts of cities — ranging from web portals and code officers to housing programs — are designed to work toward a common goal: maintaining the beauty and stability of communities. This wouldn’t be possible, Short said, without a dedicated taskforce.

“People who come to our towns want to be able to sit on their decks and not have to look at a trashy house or trash cans blowing down the street or someone violating other city rules,” Short said. “It’s important to towns and their councils that we have somebody who keeps this in mind.”