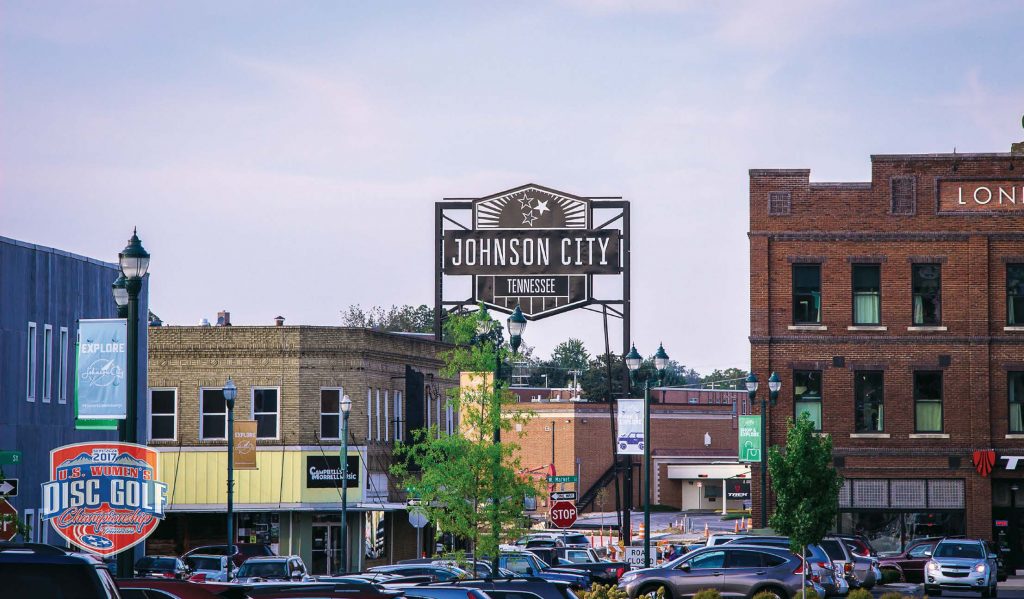 Johnson City, Tenn., saw a boost of an estimated $12 million in direct visitor spending in 2016 thanks to sports tourism. (Photo provided by Johnson City CVB)

Remember when you were a kid and your two best friends vied for your company? Kid A wanted you to come over aft er school and go swimming in his pool, but Kid B won out with an in-ground pool, a brand-new pony and a big box of popsicles.

Welcome to the grown-up version of playing favorites. Municipalities compete with each other for the coveted title of host city when tournaments, playoff s and other sports events are in the running. These events bring in players, their families and their fans, who when not playing or spectating, are bound to explore the host city and likely spend money at its local establishments.

According to a March 17, 2016, article by Simon Ogus in Forbes magazine, cities that host tournaments playoffs stand to rake in the big bucks from games, sales of on-site sports apparel, ticket sales, gambling — where permitted — beverages, venue rental and entertainment.

But guess what? Ogus also brought up something else: During big games, such as March Madness and the Super Bowl, there was $1.9 billion lost in workplace productivity “… since over 60 million people across the country fill out a bracket and 10 percent of them participate in an office pool.”

Johnson City, Tenn., recently hosted the unique U.S. Women’s Disc Golf Championship that was projected to bring in more than $200,000 in tourism revenue for the city of 66,000 and its surrounding area. The event was held at three courses: Winged Deer Park, Pine Oaks Golf Course and Harmon Hills.

Gavin Andrews, director of sports development with the Johnson City Convention and Visitors Bureau, emphasized the magnitude of sports tourism and the potential it has for his city.

“Of the events we were able to gather data on, sports tourism in Johnson City generated an estimated $12 million in direct visitor spending in 2016,” said Andrews. “Additionally, we estimate it generated almost 19,000 room nights, $151,000 in local sales tax revenue and $126,000 in lodging tax.”

He noted, “The Johnson City CVB takes on several roles to support sports tourism. One of those is bidding on and hosting events, usually national championship-type events. We traditionally bid on USA Softball Girls’ Fast Pitch Nationals, and recently, we hosted the U.S. Women’s Disc Golf National Championship. This event was the largest women’s disc golf event in history with 158 competitors from five countries. The estimated visitor spending was $250,000. We utilized existing disc golf courses (Winged Deer Park and Harmon Hills) and built a (temporary) course at Pine Oaks Golf Course.”

When it comes to bidding, Andrews said, “Events like this take a great deal of coordination to bid on. We usually partner with a local entity, formulate a bid proposal, negotiate with hotels and local venues and assemble an organizing committee, just to name a few. USA Softball events can be even more complicated as these tournaments are in great demand. We will work closely with USA Softball of Tennessee, Chattanooga Sports Committee, Play Tennessee Sports and several local stakeholders to coordinate and present our bid.” 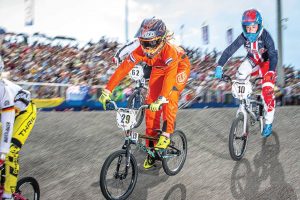 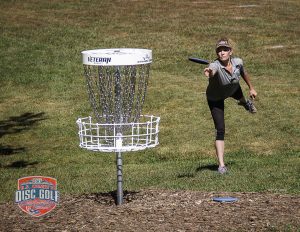 “Also, the webcast of a preview show on Sunday, July 23, and challenge races, July 25-28, broke viewership records with more than 513,000 views as of July 30, 2017, making them the highest viewed challenge class races in BMX World Championships history,” she added.

“Our Novant Health BMX Supercross Track was modeled after the 2008 Beijing Olympic track and was designed for speed with a 35-foot initial elite jump, asphalt turns for acceleration and a breathtaking berm jump directly over the amateur track. Second only in prominence to the Olympic Games, the World Championships featured fierce competition among world-class amateur and elite athletes. We not only serve riders from across the region, country and the world, we are also serving the recreational needs of our local community in a new and exciting way,” Helms said.

Having that state-of-art facility pays off when capturing sports events. Helms noted, “Tourism event recruitment involves not only building top-quality facilities and providing excellent customer service, but also creating awareness of these facilities and forming relationships with event rights holders who are seeking locations to host events.” Dillon, S.C., has also been a host city for Dixie Softball or the Dixie Youth Baseball State Tournament in the past 15 years. This event welcomed hundreds of softball or baseball players and fans during the event.

The host city provided the playing fields with lights, scoreboards and a sound system. Its own staff did the upkeep on the fields during the event and operated the press box area, including scoreboard operators, official scorekeepers and public announcers. Admission gates were also operated by the staff, which is provided by police and emergency medical personnel.

For Bemidji, Minn., amateur sports tournaments help draw people in. “Amateur sports tournaments have a very large impact on our hospitality industry and have become one of the leading tourist draws to our region,” Greater Bemidji Executive Director David Hengel said. “As an example, in youth hockey tournaments alone (during the 2016- 2017 season), hockey tournaments created roughly 8,000 room overnight stays and an estimated $2 million in direct spending on lodging, food and beverage and other purchasing. Similar impacts can be found in basketball and baseball tournaments, and to a lesser degree, volleyball, soccer, tennis and other sports.”

To harness more of that impact, Hengel noted, “The greater Bemidji region is currently looking at the potential of constructing a $28 million sports and wellness campus. With a lead gift from Sanford Health, the campus will be the largest youth sports campus in northern Minnesota. It will include a large wellness center, aquatics center, two-sheet iceplex and multipurpose bubble/field house. The bubble will provide flexible spaces to host tennis, volleyball, basketball, baseball, football, soccer and other tournaments and competitions. Collectively, the new facility will increase overnight stays by an estimated 10,000 nights and double the youth and amateur sports impact on our region’s economy.”

Emily Biddle, Erie Sports Commission marketing and communications manager of Erie, Pa., said her municipality will host the 2018 Ice Breaker Tournament, which is a Division 1 men’s ice hockey tournament. The Erie Sports Commission and Mercyhurst University will host the event, which is owned by College Hockey Inc. and contested annually at destinations across the country.

“Sports tourism has a significant impact on the Erie, Pa., economy,” said Biddle. “The Erie Sports Commission hosts and supports more than 55 events each year, including youth, collegiate and adult amateur tournaments and competitions that draw participants and spectators to Erie from all over the world. In 2017, we estimate that the economic impact of the events hosted by the ESC is in excess of $16 million.”

Tournaments and competitions aren’t the only sports-related boost to the local economy, with Biddle stating, “Erie, Pa., is also home to four minor-pro sports teams, which create both a cultural and economic impact of their own: the Erie Otters (Ontario Hockey League), Erie SeaWolves (AA affiliate of the Detroit Tigers), Erie Bayhawks (NBA G-League affiliate of the Atlanta Hawks) and Erie Commodores (National Premier Soccer League).”

To facilitate this culture, she said, “The ESC works closely with existing venues to find the right fit for the many sports events we bid on and secure each year. We are fortunate in Erie to have great venues like the Erie Insurance Arena, which was renovated several years ago and hosts major basketball and hockey events regularly, the Bayfront Convention Center and Presque Isle State Park, a 13-mile forested peninsula with sandy beaches and flat trails for biking, running and hiking. The venues, in addition to the amenities available in our city (nearly 4,500 hotel rooms, beautiful lakefront, arts and culture, unique dining options) and its accessibility to two major highways and distance from three major cities (two hours each from Buffalo, Cleveland and Pittsburgh), make Erie an attractive host location for sports events of many types.”

After winning the rights to host an event, Biddle noted that the city continues to assist rights holders with a variety of services, including venue placement, volunteer recruitment, media and promotions assistance as well as creating hotel room blocks and coordinating with regional services.

All in all, no matter who wins any of these sports tourism games, every host city was a winner.