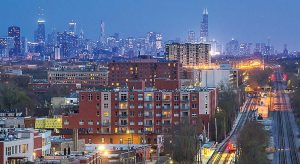 Evanston, Ill.’s, proximity to Chicago has encouraged it to adopt new innovative technologies that have earned it a Tech Savvy designation from the Public Technology Institute for three consecutive years. (Photo provided) 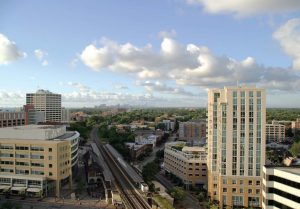 The Public Technology Institute noted that Evanston’s elected leaders, city manager, departments and IT department are enablers for technology to improve service delivery and citizen engagement throughout the city. (Photo provided)

Since its inaugural year in 2014, the Public Technology Institute has awarded a few select cities and counties with its annual Tech Savvy designation. PTI offers this designation because it believes in the importance of recognizing those local government agencies that are using technology in a wise and effective manner — particularly, those agencies that have a plan for technology within their entire enterprise.

Even though competition for the award is stiff, Evanston, Ill., has won it every year.

“Our residents have a high standard for services and they expect that the city is leveraging technology as much as possible,” Evanston’s Chief Information Officer Luke Stowe said. “Not only for delivery of services, but to be as efficient as possible with taxpayer dollars.”

PTI is also impressed with how well Evanston’s employees work together.

“Elected leaders, the city manager, departments and the IT department are enablers for technology to improve service delivery and citizen engagement throughout the city,” Dale Bowen, deputy executive director for program development at PTI, said.

In fact, the entire city is very encouraging when it comes to technological growth.

“(What) the city council and city management expect year in and year out is that we’re implementing the best technology that’s available to us at that time,” Stowe said. “But also doing (it) in a responsible way, as well.” 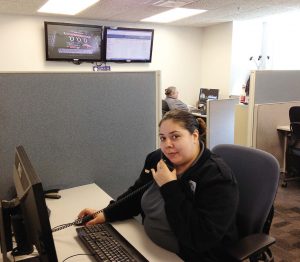 This type of citywide cooperation is key to receiving PTI’s Tech Savvy designation.

“Part of PTI’s mission is to raise the profile of the role technology plays within government service delivery,” Bowen said. “Technology cuts across all areas — administration, public works, public safety — and it’s the infrastructure that many city and county services depend on such as communication, data-sharing (and) information flow.”

There are several technological facets that PTI noted Evanston does exceptionally well. These include quickly providing employees with secure access to relevant information and services, maintaining long-term ownership of data and implementing sustainable technologies while also pursuing opportunities for green initiatives.

For years, Evanston has been one of the leaders when it comes to implementing innovative green initiatives. One initiative that it is looking to utilize more is sensors to determine air quality and pollution levels in and around the city.

“I think, even though we’re only a population of 75,000, we try and run with the biggest cities and counties as much as we can,” Stowe said. “We try to keep up and be competitive and leverage technology as best as we can.”

Stowe said that receiving the award each year is “validation that we are on the right path.” However, he knows that he and the city of Evanston can’t be complacent. Technology changes rapidly every year, so while Evanston is thrilled with their Tech Savvy designation, they know there is no guarantee that they will get it next year.

That’s why Evanston is already looking at what it can do to improve in the upcoming year. It is looking at technologies such as blockchain, augmented reality and virtual reality. Stowe, however, already has an idea of what he and his staff will implement next.

“I think AI, or artificial intelligence, is probably the thing that we’re most interested in right now,” he said. “It can help make city employees more efficient in their roles. I think it can also provide better customer service whether it’s through IT services, supporting our (over 1,000) employees or using AI to better serve the public through our 301 services.”

Stowe hopes that AI could help them better serve community members who are frequently on the go. AI can do this by automatically giving suggestions to problems, providing frequently asked questions or even sending them to articles that can help provide quality self-service options.

For as advanced as this technology is, Stowe thinks other small towns should be encouraged by Evanston’s technological success. “Ten to 15 years ago, cities would have to spend a million dollars or more to have (technology this sophisticated),” he said. “Today government agencies can take advantage of new technology that’s now affordable and easier to implement and manage going forward.”

Th at’s why a critical component of Evanston’s success in implementing state-of-the-art technology is that it is very careful with what it spends its time and money on. Stowe and other members take great pride in trying to find the most efficient ways to spend money when it comes to the hardware and software that Evanston purchase.

However, Evanston does have one significant advantage over most other small-to-medium-size cities: It is right next to Chicago. Evanston’s IT employees take advantage of this proximity by having regular conversations with Chicago’s IT and information personnel, even collaborating with them.

Additionally, Chicago sets the pace when it comes to what new technology Evanston decides to implement.

“Chicago is arguably the best or one of the best cities in the country at using open data and predictive analytics and data analysis to better deliver services,” Stowe said. “And there’s no question that being next door to that puts extra emphasis on what we’re trying to do with open data. Obviously, we’re not at their level, but we’re definitely trying to compete as much as we can on a smaller scale.”

As the years go by, technology advances further and faster than ever before. In order to keep up, communities like Evanston are always thinking one step ahead. And as long as they are, PTI will be there to recognize them as Tech Savvy in order to encourage other communities to do the same.