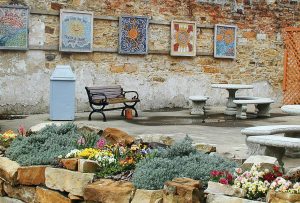 Pocket Park in Batesville, Ark., is a unique park space created out of an empty lot where a building had burned. Equipped with stage and electrical outlets, it serves as a free community event space for nonprofits and civic groups. It is also the location of the farmer’s market. (Photo provided)

Indeed, downtown city sidewalks are coming back into fashion all yearlong. And as increasingly more visionary municipalities shed their old downtowns’ ashes, the fresh ambience they create is attracting people of all ages — benefiting businesses and cities on the whole. In “Regenerating America’s Legacy Cities,” a 2013 report from the Lincoln Institute of Land Policy, the authors say strong local leadership, a shared community vision, inclusive growth, creative problem-solving, crowd-sector collaboration and placemaking are the tenets of success for these types of revitalization efforts. 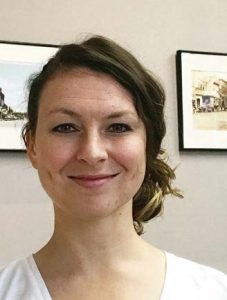 Shannon Haney, executive director of Main Street Batesville in Arkansas, gave some tips of incentives that may attract businesses to a new downtown locale.

“We’ve put a lot of work into paving the way for relocating or starting up a business downtown,” she said. “As a certifi ed organization of (our) state’s Main Street Arkansas and the national Main Street America program, our district’s businesses automatically have a team of free consultants — an interior designer, an exterior facade designer, a historic tax credit consultant and a business consultant. Also, as a certified Main Street organization, we are to give out mini-grants each year to downtown businesses.”

Another resource is also available, with Haney noting, “A local bank, Citizens Bank, has started a grant program in addition to our own for downtown businesses, and they are also providing easier access to capital with low-interest downtown loans.”

In addition to funding improvements, Main Street Batesville and the city of Batesville host events and festivals all yearlong in the downtown area, attracting both residents and new visitors. Other means of attractions have been investing in infrastructure projects over the past four years.

“We’ve completed an all-new pocket park for community events like the farmer’s market, and we’re in the process of cooperatively building a new one,” Haney said.

She added that another part of these building projects include working with the city to pave the way for loft apartments and lodging, which will be a huge boost to their local economy. The organization is also supporting local sustainable business practices with its plan to fund a series of customer relations workshops.

Haney said, “Through our associate organization, the Batesville Downtown Foundation, two remaining empty storefronts have been purchased and are being renovated for occupants. This is the only place in town that has an organization constantly working to bring people to your business doors for you.”

Glens Falls, N.Y., is just beginning its revitalization journey after six months of planning and another three months of state review, said Ed Bartholomew, president of Economic Development Corporation of Warren County and the local administrator of the Downtown Revitalization Initiative.

“We applied for and won a $10 million dollar award by the Capital Regional Economic Council in competition against other municipalities on Aug. 18, 2016. This competitive DRI grant is an initiative of Governor (Andrew) Cuomo’s downtown revitalization program,” Bartholomew said. “Though we are in early stages of the event, earlier efforts include utility reconstruction, streetscape improvements, individual building renovations, walkability and traffic improvements have been ongoing for approximately 10 years.”

The effect of the award has heightened interest in Glens Falls’ downtown, both from regional store operators and developers. For example, earlier this year Northeastern Fine Jewelry, which has three other stores, opened its fourth store in downtown Glens Falls, utilizing an existing storefront once occupied by Scoville Jewelers. Future additions include the relocation of SUNY Adirondack’s culinary school to the downtown; the construction of a farmer’s market on South Street; new streetscapes and infrastructure on Park, School, Elm and Exchange streets; and a downtown park on South Street with green infrastructure. 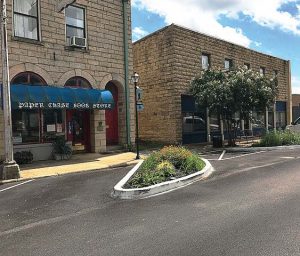 The Paper Chase Bookstore has been in existence in Batesville, Ark., since the ’70s. In front of it are two new street-side flowerbeds — 48 now line the street. (Photo provided) 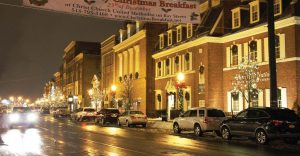 Glens Falls, N.Y.’s, revitalization efforts have attracted both residents and businesses to its downtown. (Photo provided)

Prior successful planning grants and proposed downtown projects for Glens Falls include the 2011 U.S. Department of Housing and Urban Development Community Challenge, a sustainable planning grant initiative advocating the public arts trail, a focus on arts and entertainment, plus the development of mixed-use residential projects with parking; and the 2015 Upstate Revitalization Initiative, where downtown Glens Falls was selected as one of two prime areas for large-scale revitalization efforts by the Capital Region’s Economic Development Council.

As for changing the attitude and overall image of downtown Glens Falls, Bartholomew said, “This has primarily been achieved by trumpeting each project and gaining momentum to continue additional investments. The commitment of downtown businesses and the arts and entertainment community has created wonderful collaboration and a very positive attitude with results.” He added, “Cost-wise, Glens Falls and affiliated economic agencies expended approximately $40,000 to $50,000, plus countless hours by key staff contributed to our renewal efforts.”

Elizabeth City, N.C., has also embraced revitalization through a team-oriented approach, according to Deborah Malenfant, executive director of Elizabeth City Downtown Inc. She noted that her harbor-front city’s renewal efforts and events began years ago when the organization was originally formed to beautify and revitalize the downtown while maintaining its historical integrity.

“We are working on placemaking initiatives to create public spaces for the community to come enjoy being downtown,” Malenfant said.

Thanksgiving through Christmas marks the biggest retail shopping season in the U.S., with a Visa Insights report noting an uptick in holiday spending in 2016 versus the past five years. Cities, through continued enhancements, can harness some of that holiday season spending. Bartholomew recommended a collaborative effort between the city, members of the local business development district and the arts and entertainment communities to attract Black Friday shoppers and beyond.

For Batesville and its mom-and-pops stores, Black Friday doesn’t offer much; however, the city does look forward to the following Saturday. Haney said, “The day after Black Friday is known as Small Business Saturday, and that’s a day we care about a little more because it’s more ‘us.’ Yes, there will be sales, but also there will be activities on the street for kids, opportunities to meet the people who made the thing you’re buying, food, music and places to lounge. It will be a day to converse with your neighbors, rather than push them down rushing toward a checkout line.” 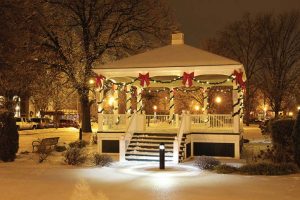 Downtown Glens Falls decks itself out in lights during the holiday season. (Photo provided)

Elizabeth City is much the same, with Malenfant saying, “We also coordinate, host and partner with other organizations and individual businesses to promote holiday shopping. We don’t focus on Black Friday as much as we do the Small Business Saturday initiative.” She noted, “ (Small Business Saturday) is held each year on the Saturday between Black Friday and Cyber Monday to encourage the support of small businesses nationwide. This is an American Expresssponsored event that ECDI supports and promotes.”

Elizabeth City Downtown Inc. also presents key events, which the city supports, to attract visitors. Some of these include First Friday Art Work, Holiday Celebration and Downtown Illumination, the Christmas parade and the lighted boat parade.

Revitalization doesn’t come without its challenges, with some people proving resistant to change. But with all the benefits to local economies all yearlong, the benefits outweigh the headaches and a united front can help overcome any challenges. Haney said, “We could never have done this without the cooperation of the city, the county, local financial institutions, local businesses sponsors and volunteers. Other cities now contact us and want to know how we did a streetscape so quickly and so cheaply, and now, four years later, the answer is with help.”