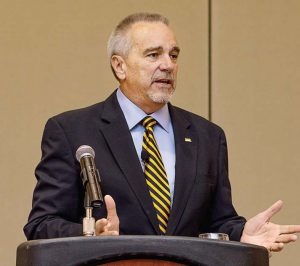 Jim Hunt offers workshops on conflict resolution in the municipal workplace — it is always a packed room. (Photo provided)

Whenever Jim Hunt offers a workshop on conflict resolution in the municipal workplace, he knows the room will be packed. It’s one of the biggest issues facing community leaders, and with more than 27 years in local government, including stints as an elected official, he is determined to help. He is not only a consultant and motivational speaker, but also the author of “The Amazing City — Seven Steps to Creating an Amazing City,” and he has traveled the world to find formulas that work. He said conflicts happen all the time, but there are effective methods for dealing with them.

“Sometimes I think I get more calls than Dr. Phil,” he joked. “Sometimes the governing body of a particular municipality has a difficult time bonding or working together as a team. They may not know how to communicate effectively or lack the ability to plan strategically. Both big cities and small towns can become mired in the mud and impacted by conflict, but there are things leaders can do to make it better.” 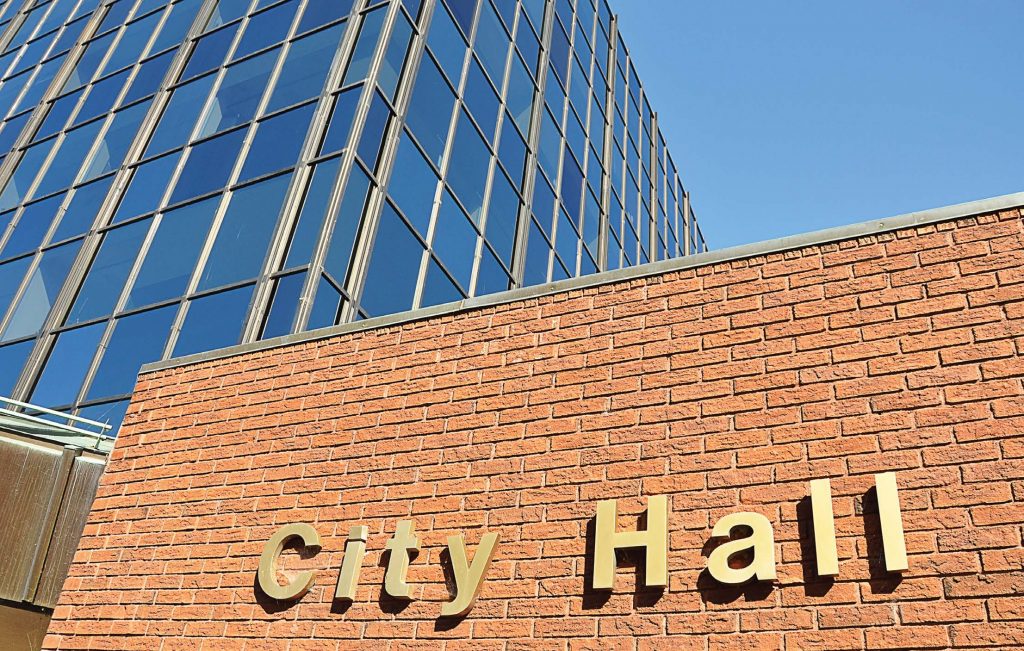 Local government officials should find ways to form relationships with one another in order to see things from the other’s point of view. This approach can help officials to get to know and appreciate their staff members as well. (Shutterstock.com)

The first step is to make sure that everyone knows what their role is and what their boundaries are. Most people understand that the city manager and mayor are the most important positions in local government, but they may not understand how these positions work or who has more responsibility for the decisions that are made. In a community with a council-manager government, the city council oversees policy and budgets but appoints a professional city manager to carry out the day-to-day administrative tasks. Under a mayor-council government, the mayor is elected by the public and has either strong or weak powers depending on the municipal charter.

Hunt said he gets calls frequently from council members who are convinced their mayor is doing something illegal or something the council did not approve of and they want to take action. He said when everyone wants to interfere with everyone else’s job, nothing will ever get done, and he encourages community leaders to understand the job they have been asked to do and to stay within the perimeter of that role.

“When you are a city manager of a community, you are effectively the CEO of the government. You go to college and have a degree in public administration so that you are well versed in the kinds of issues that will come up in your job, but a council member and a mayor is an elected role and sometimes they think they can bypass the city manager and do whatever they want. It doesn’t work that way, so it is important that everyone know what their job is and where the boundaries are,” Hunt said.

Get on the bus

It is also important that folks in local government find ways to form relationships with one another in order to see things from their point of view. People become involved in local government for a wide variety of reasons and they come from a diverse range of backgrounds. Hunt said the more you are willing to get to know someone, the better you will be able to appreciate their position on a specific issue and the more you may be willing to compromise with them in order to do the most amount of good for the largest amount of people.

“There is no cookie-cutter method for forming a perfect government and no guarantee that if you put four engineers on a city council that they will work well together,” he said. “Likewise, you can have a retired teacher, those who are activists and others who have served as police officers or firefighters. There are going to be conflicts, but if you are more effective in the way you deal with those conflicts, the better off everyone will be.”

When he was involved in local government, Hunt said he learned a lot about his fellow council members when they would get on a bus to visit a site or to take a tour in a nearby community. He said those bus rides provided him with a great opportunity to talk with other members, discover those things they had in common and be able to see issues in another way. He said community leaders can often avoid conflict by being proactive in their approach to one another whether on a bus ride, a retreat or through staff development programs.

“We need to get back on the bus and have that time to bond with one another. Not only do we have to bond with our fellow council members, but we also have to get to know and appreciate our staff as well. If we never meet with them outside of the weekly meeting, we will never discover those things that we have in common,” he said. “Relationships are not formed on the dais, but rather in the fi eld, and they can go a long way when it comes to avoiding conflict in the municipal workplace.”

The memories of local government officials are long, and a fight on the council that happened 30 years ago has a way of simmering under the surface for years. It can be a simple slight such as someone not voting with someone else or a personality conflict that can create a rift that is difficult to overcome. Some people are champion grudge holders while others can be obstinate on a tough issue, and while you cannot wave a magic wand to make it all better, it is important to find out what the underlying problem is.

“I was working with one little town in Kansas and there was all this animosity on the council. When I met with each member to try and find out what was going on, every one of them had a way out of the debate. Everyone said, ‘If only this would happen; I would be willing to work with so-and-so, but when I want to speak, they won’t recognize me.’ Sometimes you have to find out what is going on below the surface and try to eliminate it as best as you can,” Hunt said.

Above all, Hunt said it is important to stay involved in the community. Attend local events. Show that you get along with your fellow council members outside of the meeting room and extend the hand of friendship beyond the issues. It will make an impression not only to your colleagues, but to your staff and your constituency.

“When seven council members are at the Little League baseball game, believe me, the public you serve is watching. Show them that you can be civil even when you think the spotlight isn’t on,” he said.