Give a big shout-out to White Plains, N.Y., for going for the gold and beyond where clean energy is concerned. Last May, White Plains — population 58,035 in 2014 — was designated a Clean Energy Community by the New York State Energy Research and Development Authority, according to Mayor Tom Roach.

The city received the designation by completing four of 10 high-impact clean energy actions identified by NYSERDA as part of the Clean Energy Communities initiative. Additionally, the city, which is located in Westchester County, has the opportunity to apply for up to $250,000 toward further clean energy projects with no local cost share. There were only two awards given out in the Mid-Hudson Region for large municipalities at the $250,000 level: Ulster County and White Plains. 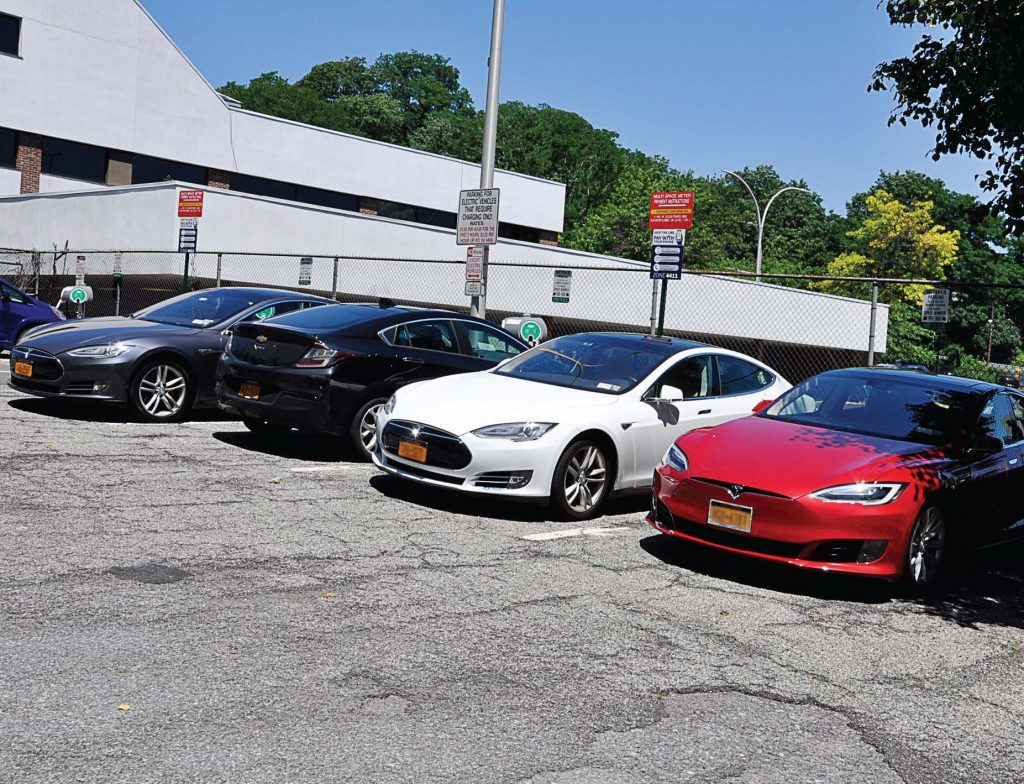 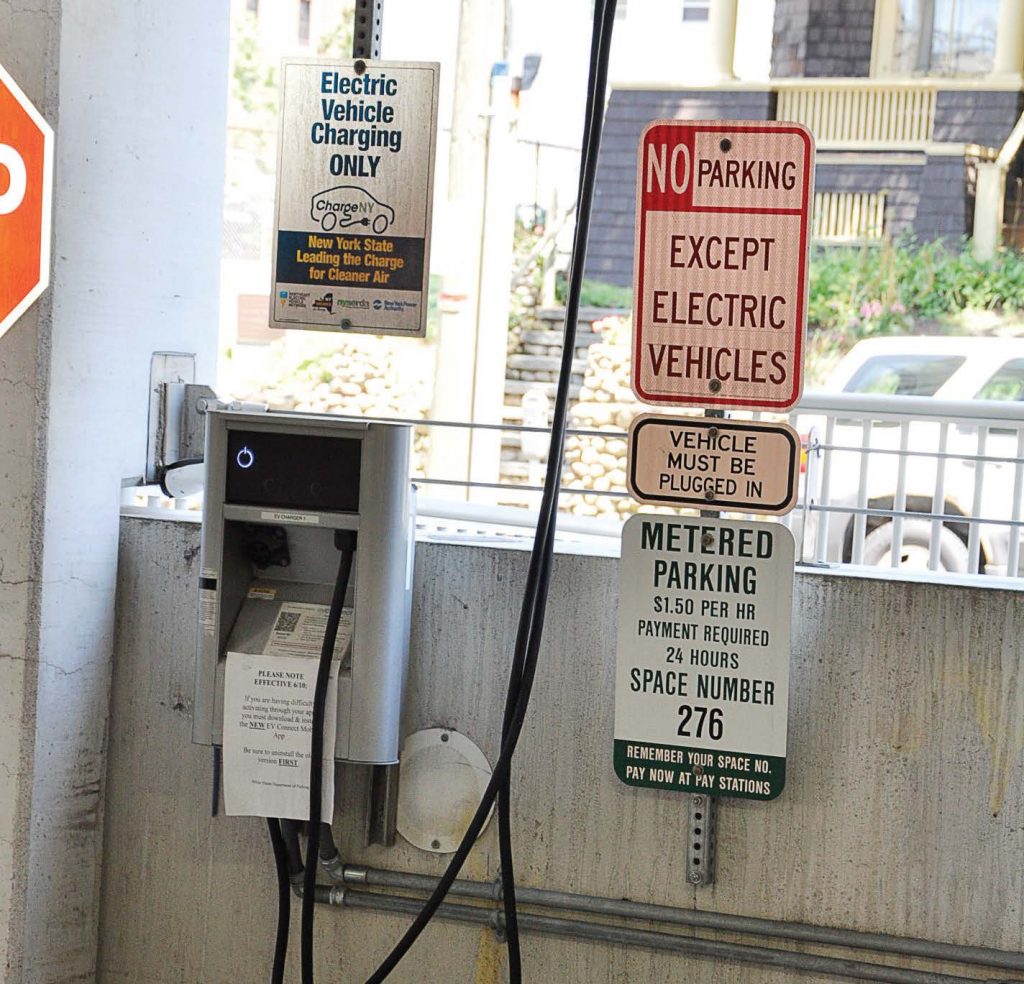 White Plains, N.Y., has 20 publicly accessible electric charging stations, which have seen an increase in use and interest. (Photo provided by city of White Plains) 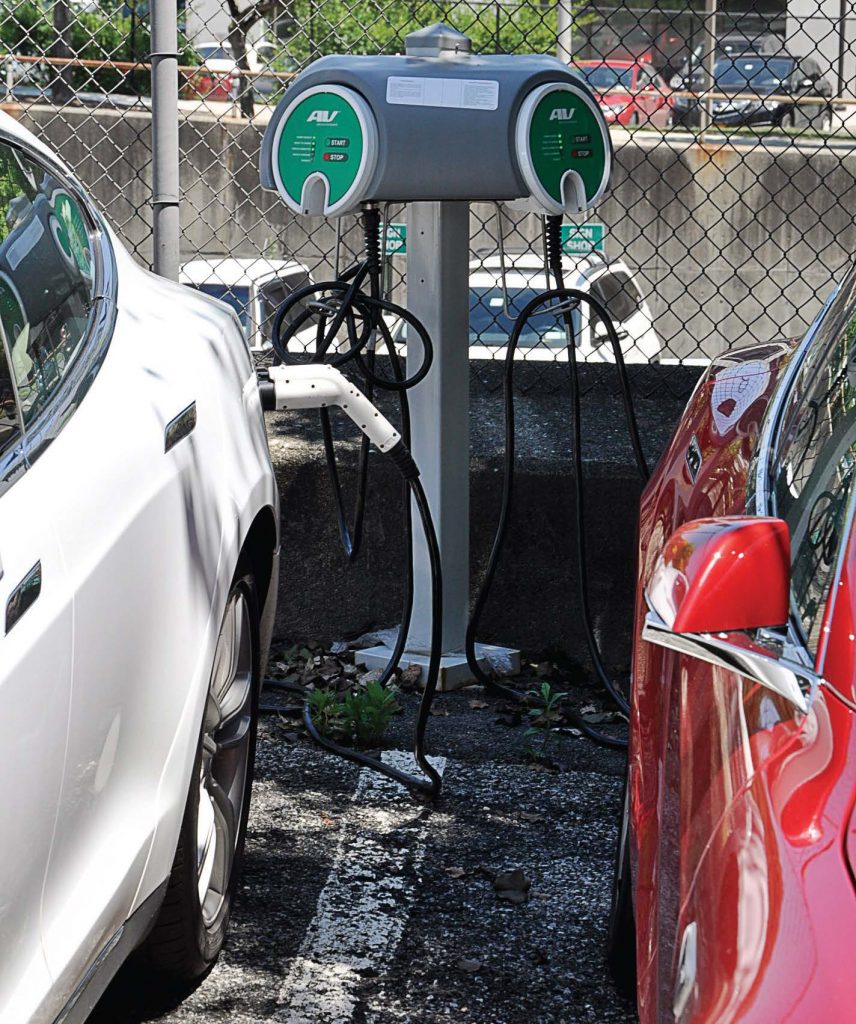 An EV car charges thanks to White Plains’ charging stations. The city was designated a Clean Energy Community by the New York State Energy Research and Development Authority. (Photo provided by city of White Plains) 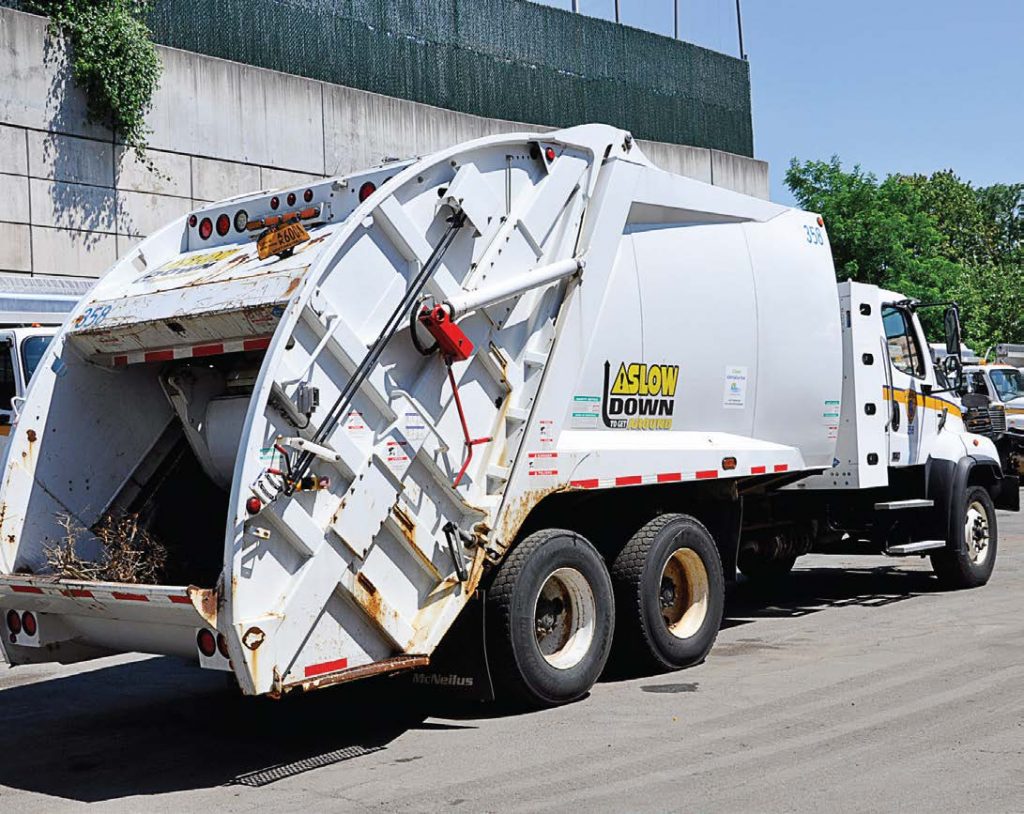 • Energy Code Enforcement Training: This training educates energy code enforcement officials on what they need to know about the Energy Code in the context of its practical application on active construction projects.

• Clean fleets: White Plains offers 20 publicly accessible electric vehicle charging stations, the most in Westchester County. The city has also begun to transition its fleet to electric and alternate fuel vehicles, with 20 percent of the city’s fleet, approximately 65 vehicles, currently utilizing alternate fuels. As the still-gas-guzzling cars reach the end of their expedient life, they, too, will be replaced with electric cars.

“We also own a hybrid electric bucket truck,” said Puoplo. “Several of our diesel trucks run on biodiesel with the remainder running on ultra-low sulfur diesel. We have an extensive background in multifuel vehicles, including hydrogen, ethanol, CNG and methanol, and are now very confident about the future of electric vehicles. With the increased range, low maintenance and excellent reliability, this, we believe, is our future, and (we) are moving in that direction as quickly as possible.

“We currently have six electric/hybrid vehicles in the fleet and are excited about getting more. In the past, the cost of an electric vehicle versus traditional fuel vehicle was sometimes prohibitively restrictive; however, currently, we find the cost to be negligible and certainly worth the cost in the long run.”

This shift has had it’s challenges, with Puoplo stating, “The biggest effect of making the change to electric vehicles is training for our mechanics. As most of ours were recent purchases, they are now coming off the factory warranty and the mechanics are not fully trained on electric vehicles yet, which requires us to send it out to a dealer in most cases. This is our current top priority as far as training is concerned, and we expect to bring all our mechanics up to speed this year.

“The city of White Plains’ Department of Public Works has a training room and often does on-site training. Since the fleet includes several different manufacturers, trained factory instructors from the various manufacturers are brought in for both classroom and hands-on training with the actual vehicles. In addition, since the city has a training facility, neighboring communities are often invited to participate, thereby reducing the cost of instruction while mutually benefitting from the training.”

Other energy-saving projects include clean energy upgrades to its municipal buildings and facilities. The city is also in the process of replacing all of its streetlights with energy-efficient LED fixtures.

An important part of White Plains’ success has been its partnership with the Hudson Valley Regional Council; the Mid-Hudson Region has 18 designated communities, one of which is White Plains.

“Linda has a tremendous amount of knowledge and great interest in moving toward clean energy projects, and this is also a reflection of Mayor Tom Roach’s hard work in that area,” Castillo said.

“The CEC Program is a statewide program, which allocated 18 grants per NYS Economic Development Region for the first 18 municipalities within any region to become designated. Municipalities — village, towns, cities and counties — are eligible to participate.” She noted, “Each of these first 18 communities must submit a project proposal for use of the CEC funds that they become eligible for upon designation.”

White Plains will submit an application to NYSERDA for the $250,000 in funding over the next few months, and it is anticipated that it will use the funds in the following projects: White Plains microgrid, LED lighting for all parks — a total of 400 lights — and LED lighting in select parking garages.

Hats off to White Plains for showing us that, contrary to Kermit’s wisdom, it is easy being green.