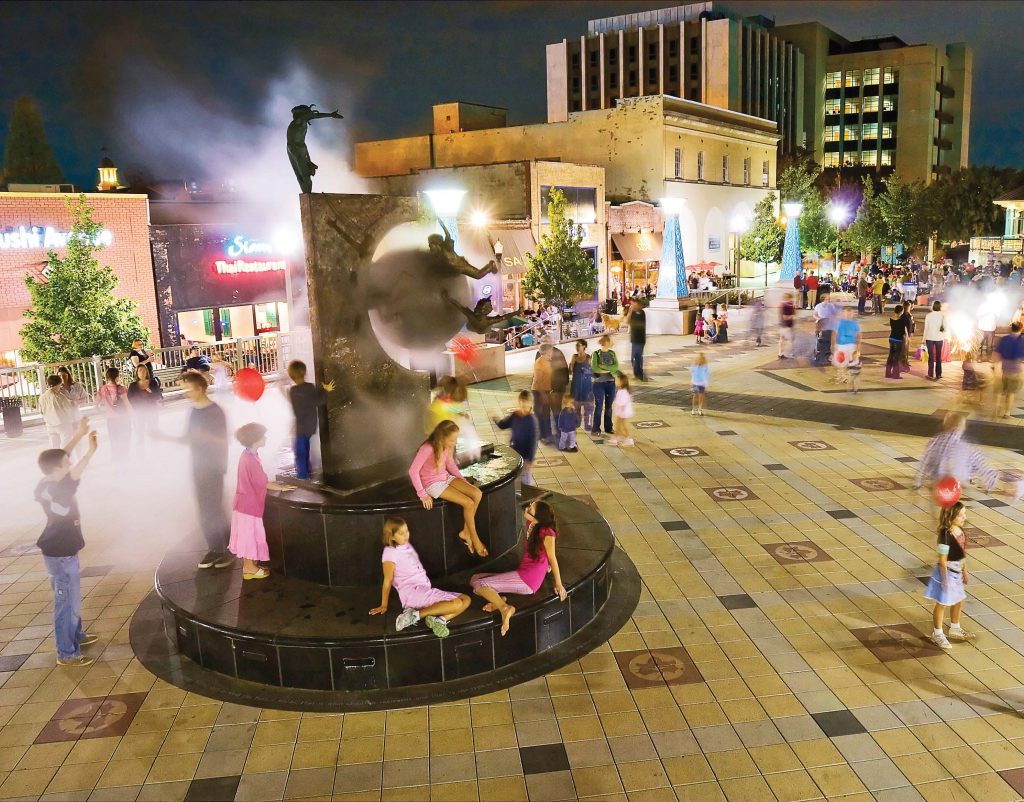 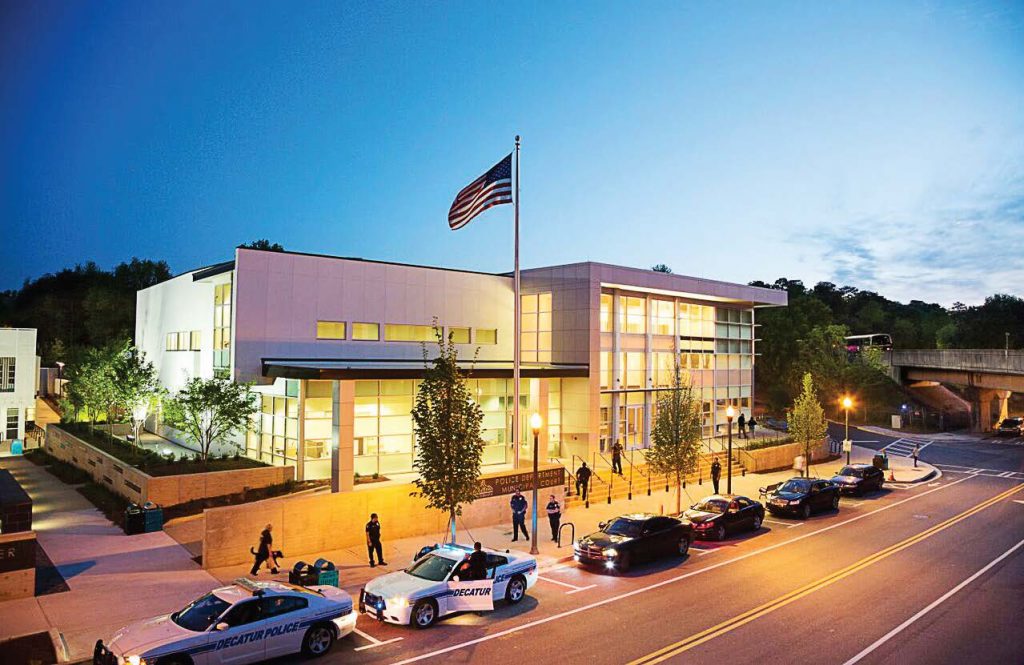 Decatur adopted a policy where every city-owned building over 5,000 square feet has to be certified as a Leader in Energy and Environmental Design by the U.S. Green Building Council. Pictured is Decatur’s Beacon Municipal Center (Photo provided) 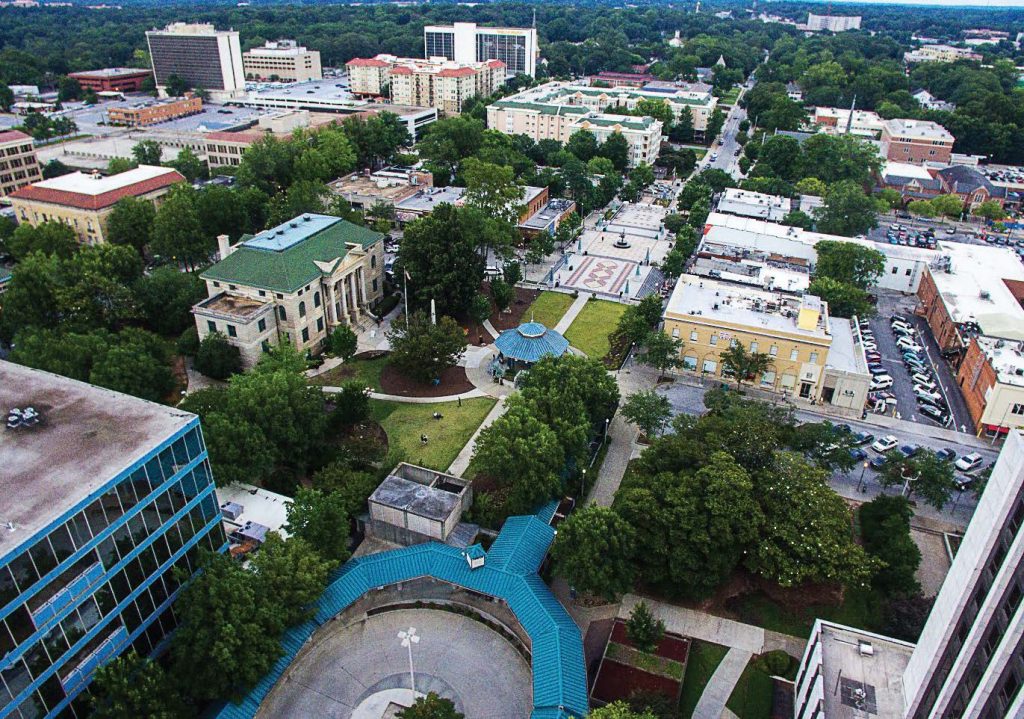 Decatur, Ga., has made it a priority to implement policies that encourage sustainability, making it one of the leading Metro-Atlanta communities in green energy and environmental sustainability. (Photo provided)

One of the leading Metro-Atlanta communities in green energy and environmental sustainability is the just over 20,000 person city of Decatur, Ga. In recognition of this accomplishment, the city has received a number of accolades, including being one of the first to be named a Certified Gold Green Community — the highest honor given by the Atlanta Regional Commission’s Green Communities Program.

“It’s easy to say that we’re green,” David Junger, assistant team manager for Decatur’s public works, said, “but when you’ve got an outside third party saying it, that kind of validates what we’re doing.”

To be deserving of this, the city had to make a number of improvements to its municipal facilities. Rather than simply renovating them, Decatur decided to adopt a policy where every city-owned building over 5,000 square feet has to be certified as a Leader in Energy and Environmental Design by the U.S. Green Building Council — commonly known as LEED certified. The certifications vary from “certified” to “Platinum.”

“The Decatur Fire Station No. 1 was a complete renovation and expansion of an existing 50-year-old fire station that achieved LEED Platinum,” Hugh Saxon, the deputy city manager of Decatur, said. “It included green roofs, rainwater reformation and reuse, a geothermal heating and air conditioning system and solar water heating.”

Some of the other renovated or repurposed buildings that earned LEED certifications are the Fire Station No. 2, the Decatur Police Department, the Beacon Municipal Center, the Decatur Recreation Center and the Public Works Building.

However, it isn’t just the environmentally sustainable renovations that make the building look so great.

“We used color paint, as opposed to antique white paint. We spend money every year on art. We’re a supporter of art of all types here in the city, so our buildings are nicely decorated with art that we purchase through our arts festival every year. They’re community buildings. They’re not just places employees come and do work.”

In order to institute these renovations, the city had to get community stakeholders on board, which apparently wasn’t too difficult thanks to a history of having members who support doing things differently in the name of environmental sustainability.

Additionally, the state of the buildings made getting the community behind the renovations easier.

“It wasn’t hard when they were all embarrassing,” Junger said.

According to Junger, the building renovations began at the height of the recession and have continued since. This is because while housing values were dropping in other Metro-Atlanta communities, Decatur remained stable. They had also been financially conservative and were thus prepared to utilize the lower construction costs that came from the recession.

“Now construction would cost two, three or four times what we actually paid to have every single building renovated,” Junger said.

Not only did the city get a good deal, but changes have helped with the community’s overall economic viability.

“It brings a certain crowd that sees sustainability as a priority to do business in our city, to live in our city, to visit our city,” Courtney Frisch, project manager for Decatur’s public works, said. “It’s a real marketing and economic tool for the city.”

The changes to municipal facilities throughout the Decatur fall in line with the city’s overall environmental sustainability plan, which also includes high-performance building standards for the construction of all family housing and commercial buildings over 3,000 square feet. This means that each needs to meet criteria set by nationally recognized certification programs such as Earth Craft.

In addition to being environmentally sustainable, Decatur is also on a mission to be good stewards of their resources.

“It’s sort of an old-school notion that you want to be efficient and you want to get the most value you can for the resources you put into managing your community. We don’t like to waste our resources. We use them efficiently and effectively. We like to spend our money thoughtfully. I would say, at least in terms of all the facilities that we’ve renovated over the past 10 years, we certainly didn’t do it the cheapest way we could have. We did it in a way that provided what we needed to get the greatest longterm benefits.”

With this mentality, Decatur may very well be a leader in environmental sustainability for years to come.