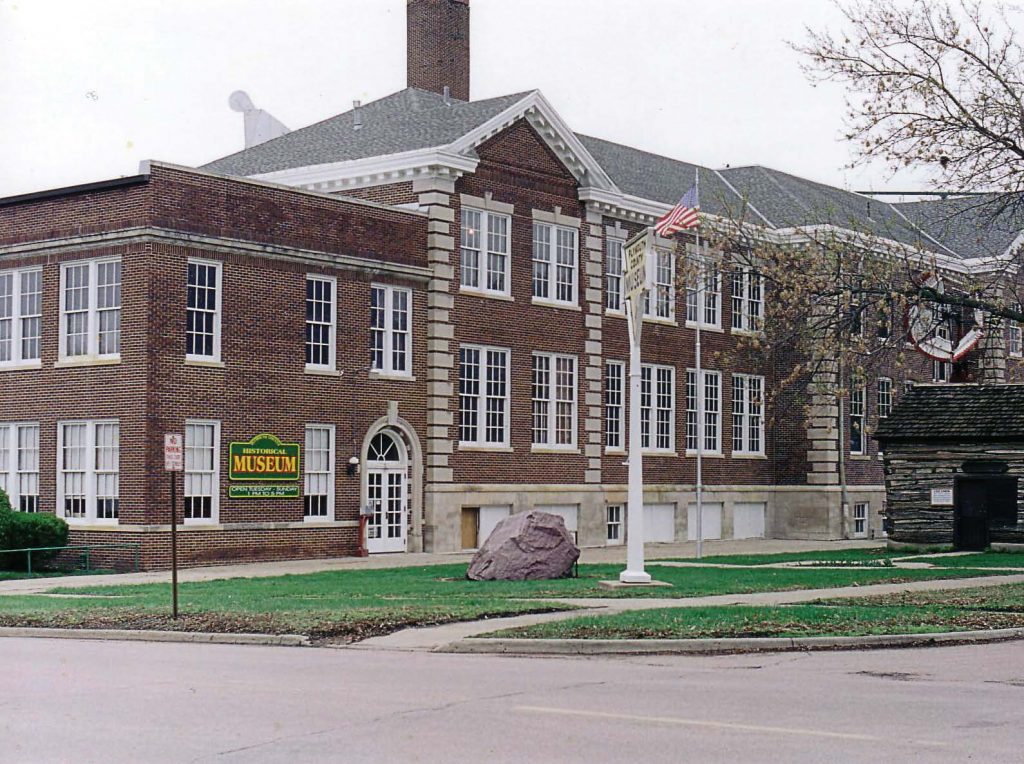 The Blue Bunny Ice Cream Parlor and Museum features an old-fashioned parlor with an antique soda fountain and souvenir shop. The museum on the second floor details the history of the ice cream industry in Le Mars. (Photo provided)

When Fred H. Wells opened a milk route in Le Mars, Iowa, in 1913, little did he know the iconic globally renowned landmark his humble enterprise would spawn.

Wells bought a horse, delivery wagon and a few cans and jars for $250 from a local dairy farmer and launched his dairy delivery service. The business grew, and in 1925 Wells and his sons began manufacturing ice cream and marketing it in nearby towns, including Sioux City, 25 miles to the southwest.

In 1935 the Wells family decided to resurrect their ice cream sales efforts in Sioux City again but lacked a company name.

So they held a “name that ice cream” contest in the Sioux City Journal. One resident submitted the winning entry after noticing how much his son enjoyed an Easter display in a department store window.

Thus Blue Bunny — and the “Ice Cream Capital of the World” — were born.

Beyond ice cream, Le Mars has plenty of other draws going on, too, including The Postal Playhouse, which houses the Le Mars Community Theatre. (Photo provided)

An outdoor movie is one of the highlights of Le Mars’ annual four day Ice Cream Days festival. (Photo provided)

According to the “Hacks ‘n Facts” page on www.bluebunny.com, the company annually uses:

The manufacturing facility has been hailed as the largest single-location producer of ice cream novelties in the world. The company is also thought to be the world’s largest family-owned and managed dairy processor.

The town of just under 10,000 was designated “Ice Cream Capital of the World” in 1994 by the state’s general assembly — and Le Mars will not let anyone forget it.

The Blue Bunny Ice Cream Parlor and Museum features an old-fashioned parlor with an antique soda fountain and souvenir shop. The museum on the second floor details the history of the ice cream industry in Le Mars.

The annual four-day Ice Cream Days festival includes 10,000 free servings of ice cream to the thousands of revelers who descend on the town every June.

The 2017 festival is slated for Wednesday, June 14, through Saturday, June 17. For information, visit www.lemarsiowa.com.

The whole town gets into the act, according to Brad Pick, a member of the Ice Cream Days organizing committee and president of the local chamber of commerce.

“There are so many groups of people that are sponsoring events, putting them together and organizing activities,” he said. “The entire community goes out to make it a great event.”

He also noted the festival is designed to highlight the town’s attractions other than ice cream.

“Ice Cream Days is a festival when we celebrate ice cream but also our community and what we offer here,” he said.

Not content to rest on its laurels, Le Mars this year adopted a 139-page comprehensive plan detailing implementation of its vision statement:

“Le Mars, the Ice Cream Capital of the World, is a thriving community of choice with opportunity for everyone. It is a community that:

For these reasons and more, Le Mars’ vision for the future is to grow as a place where life is sweet.”