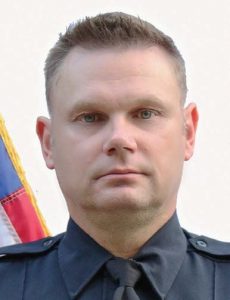 The Ellisville, Mo., Police Department has adopted such an approach. Patrol Officer Joey Nickles, serving in the newly created social media coordinator role, acts as a liaison between the department and the public. He has managed the Facebook page for about a year now. The page has more than 1,900 “likes” and has been well received in the community.

“I really like the idea of reaching out to the community in ways we historically haven’t,” he said. “With social media platforms, they have created a new dynamic to reach out to the public.”

This is just one of the many hats Nickles wears. A longtime and seasoned patrol officer, he has been with the Ellisville Police Department since 2010. Ellisville is a St. Louis suburb with a population of about 10,000.

Nickles serves the department as a patrol officer, while the social media coordinator position brings “extra duties.” One challenge he has encountered is related to scheduling. He works the night shift so it can be difficult to push out real time updates during the day. Despite this reality, this arrangement works for the department and community because for the most part Ellisville is pretty quiet and crime is at a minimum, he said. These conditions mean Nickles has had the time to devote to social media strategy instead of “jumping from call to call.”

Speaking of strategy, Nickles has put in the time to determine where to invest efforts. As Ellisville’s population skews older, he has found Facebook is the ideal channel to reach this demographic. This is a lesson other departments can take away from Ellisville’s success. What goes out? How will it go out? Who does it target? These are all critical questions when determining which social channel(s) in which to invest.

The first question relates to content curation. Nickles said it was important not to “create the image of a fluff department,” so he’s been intentional in his posting to advance the agenda.

“We decided we will post felony arrests of individuals charged,” he said. “But it’s a pretty narrow lane where we’ve landed (in terms of types of content).” He balances this material with promoting light content in the form of community events and news.

Nickles said he’s also careful not to operate in a vacuum. The Facebook page is one piece of a larger puzzle. 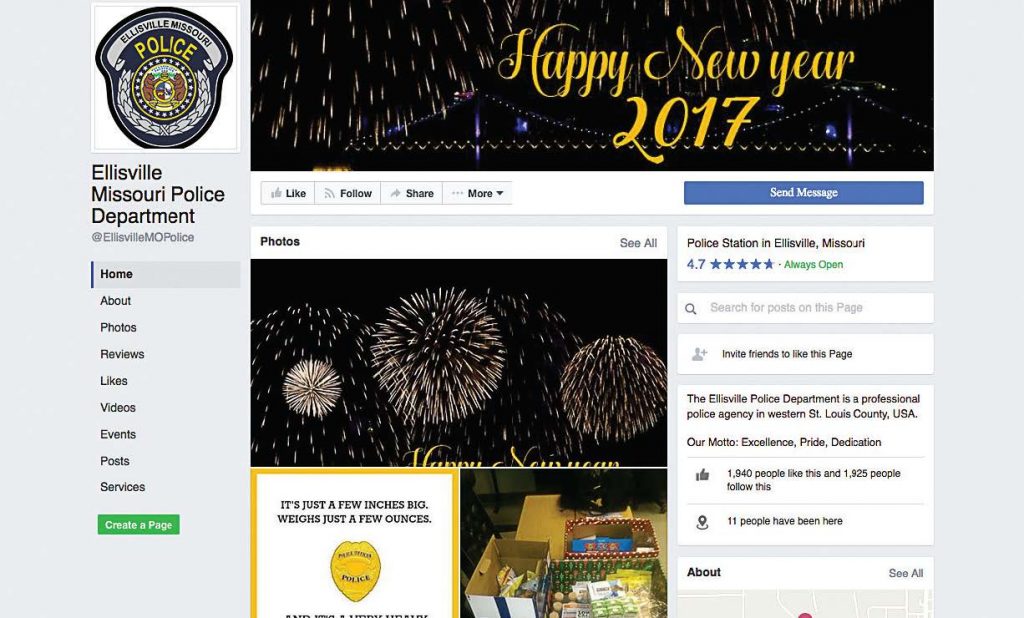 The Ellisville, Mo., Police Department is one of the latest police departments to join Facebook as a means to further community outreach.

“(S)ocial media (adoption) falls under the larger umbrella of community relations,” he said.

Police departments of all sizes that don’t see the value in investing in these efforts are making a mistake, he said.

“It’s a cost-effective way to show the public who you are,” he said. Here’s one case in point. Although they have not invested in Facebook advertising, the content is still far reaching by word of mouth. Lost dog posts are a great example.

“It’s amazing how viral (posts) can reach thousands, and we can find dogs in minutes,” he said.

It’s also an issue of meeting your residents where they are — literally. With the average user spending nearly an hour a day on Facebook, it’s seems like the natural way to reach constituents. Yet according to Nickles, some departments are more socially savvy than others — and failure to adapt or adopt can be a liability.

“Some police departments are really behind the eight ball when it comes to community relations,” he said.

Facebook is not the end-all, be-all though, when it comes to community engagement. Nickles said he would like to one day have a dedicated webpage for the police department administered and maintained by his peers. He wants to make it easier for residents to access commonly requested forms online. Currently residents must access these forms in person.

“It’s a better way to get that information out,” he said.

The Ellisville Police Department page can be accessed here: www.facebook.com/EllisvilleMOPolice.