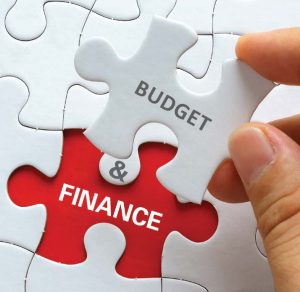 Many municipalities are undoubtedly still grappling with budget woes, even though as a nation, we seem to be well on the road to recovery. However, there is still work that needs to be done. In particular, underfunded pensions remain a concern, with a recent The Associated Press article — “Pressures piling up on state and city budgets” — and data from the nonprofit Center for Retirement Research — noting U.S. state pensions plans are underfunded by at least $1 trillion.

A related topic that may have quieted some since the initial headlines about Detroit, but never truly went away is municipal bankruptcy, only now the rumblings are about Dallas. In many cases of municipalities facing bankruptcy, underfunded pensions funds have proven to be a major factor.

For instance in Dallas, its pension fund for its police officers and firefighters is near collapse, with the Dallas Police and Fire Pension System asking for a one-time infusion of $1.1 billion, comparable to Dallas’ entire general fund budget. The situation has understandably caused fear among retirees. The New York Times’ article “Dallas Stares Down a Texas-size Threat of Bankruptcy” stated, “Over six recent weeks, panicked Dallas retirees have pulled $220 million out of the fund. What set off the run was a recommendation in July that the retirees no longer be allowed to take out big blocks of money. Even before that, though, there were reports that the fund’s investments — some placed in highly risky and speculative ventures — were worth less than previously stated.”

Dallas — like other cities facing unfunded pension funds — has some tough decisions to make. No one wants to cut benefits to public servants who have served their communities, but when it comes down to it, there may be no choice, especially if it comes down to slashing vital services.

However, not everything is gloom and doom as we enter 2017. After a D+ report card in 2013, America’s infrastructure is finally getting the notice it requires, with cities and states having issued $149 billion in bonds for new infrastructure projects in 2016 — a figure that, as Thomson Reuters data noted, put 2016 municipal borrowing on track to surpass each of the past five years. The Wall Street Journal noted, “The total bond issuance, including refinancing, has reached $388 billion, also a five-year record.” Another record figure was the authorization of $55.7 billion of debt on Election Day by voters for infrastructure projects — the most approved since 2008.

President-elect Donald Trump has also promised to make the investment of $1 trillion in infrastructure during the next decade a priority during his presidency. With any luck, both political parties will get on board and address key components before they crumble. After all, there are 60,000 bridges in the U.S. in need of repairs, and no one wants to be on one of them when it fails. Beyond repairs, America also needs to catch up with technology, building infrastructure that supports various alternative fuels and smart vehicles: We have a steep list of needs to check off if we hope to keep up with the number of innovations that crop up at a rapid pace.

Not only are roadways and bridges drawing attention, but so, too, are America’s water and wastewater systems. With the Flint water crisis still fresh in mind, cities are taking note, not wanting a repeat locally. Ann Arbor, Mich., is one such city trying to stem a potential crisis by addressing a spreading toxic groundwater plume. The plume is more than 4 miles long and a mile wide and is a remnant of the Gelman Science medical filter manufacturing plant.

According to the Detroit Free Press, Ann Arbor Charter Township, Scio Township and the Sierra Club’s Huron Valley group have petitioned the Environmental Protection Agency to “conduct a preliminary assessment regarding whether the Gelman Sciences Inc. site should become a Superfund site, the federal program often utilized to clean up the nation’s worst, most complicated polluted areas.” If Ann Arbor is accepted into the program, it will join 65 Superfund sites in Michigan, hopefully safeguarding its community from the fallout Flint and its residents are still addressing.

Partnerships will undoubtedly play a major role in addressing our infrastructure. Public/private partnerships, in particular, have been growing, and for some cities, they are helping create economic growth. For instance, Oakwood, Ga., has seen major success with both public/public and public/private partnerships, saving the town money while also bringing economic benefits. More on the town’s success can be read in Barb Sieminski’s article on page 26.

Hopefully, 2017 will bring more good than headaches and see many necessary infrastructure and other projects come to fruition.

Also, we here at The Municipal would like to send our thoughts and prayers to the communities that have been impacted by the wildfires in the southern Appalachians and other locations within our readership.