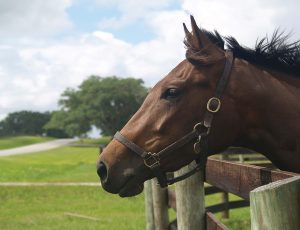 One century ago, Carl G. Rose started with asphalt and ended with horses.

In 1916, Rose traveled from Indiana to Ocala, Fla., to oversee construction of that state’s first asphalt road.

But he ran into problems with the material, so he experimented with limestone. Along the way, he learned that the abundant mineral resource supported excellent pasture grass with enhanced calcium to raise strong and robust animals, as evidenced by Kentucky’s Bluegrass region, long a mecca for raising thoroughbred horses.

Rose took up horse breeding in 1943 after he purchased some land along SR 200 for $10 an acre and opened Rosemere, the first thoroughbred horse farm in the state and one of the industry’s first commercial breeding establishments. The following year one of his two-year-old fillies ran to victory at Tropical Park in Miami, becoming the first Florida-raised thoroughbred to win a Florida race.

The same year Rose traveled to Florida, one Bonnie M. Heath was born in Arkansas. He graduated with an engineering major from Oklahoma A&M University and found success with oil drilling enterprises in Illinois and Indiana.

Heath and his wife, Opal, moved to Florida in 1950 where Hugh Fontaine, an enthusiastic horse trainer, ignited Heath’s passion for horse racing. Heath and his long-time business partner, Jack Dudley, purchased Needles, a sickly foal under veterinary care for broken ribs and a near fatal case of pneumonia.

Needles overcame his health deficits to win six of his first 10 starts and earned the state title of Champion Two-Year-Old Colt in 1955.

But Needles was only beginning. True to form as a comeback artist, Needles came from 16th place in a 17-horse field to make up 24 lengths and handily win the 1956 Kentucky Derby, the first Florida-bred horse to capture the crown.

All the more significant: No Florida-bred horse had even run in the Kentucky Derby before Needles’ legendary performance.

That year, Needles also won the Belmont Stakes and narrowly lost the Triple Crown, placing second in the Preakness.

The horse’s performance put Ocala on the map. The year-round moderate temperatures and calcium-rich limestone soil provided the optimum environment for the subsequent steady growth of top-notch horse farms and earned Ocala the designation of “Horse Capital of the World” in 2007. 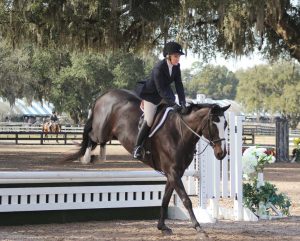 Ocala hosts “Horses in the Sun,” a two-month dressage and jumper competition, which brings nearly $7 million into the county each year.(Photo provided by Ocala/Marion County Visitors and Convention Bureau) 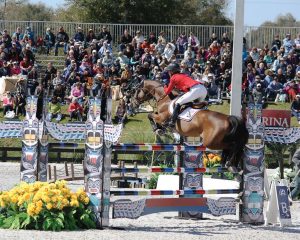 Ocala officially received its designation as a “Horse Capital of the World” in 2007. (Photo provided by Ocala/Marion County Visitors and Convention Bureau)

The equine industry generates more than $2.2 billion in annual revenue.

Only four U.S. cities meet the national chamber of commerce guidelines to earn the designation of “Horse Capital of the World.” Of the four, Ocala is the largest and has compiled the most extensive historical resume.

Ocala hosts one of the largest horse shows in the country, “Horses in the Sun,” a two-month dressage and jumper competition, which brings nearly $7 million into the county each year.

Other natural attractions include Ocala National Forest and the Florida Trail. The city’s historical district, designated in 1984, contains many stellar examples of Victorian architecture.

The county is crosshatched with 110 miles of hiking and biking trails; more than 80 square miles of its waterways are available for water sports.