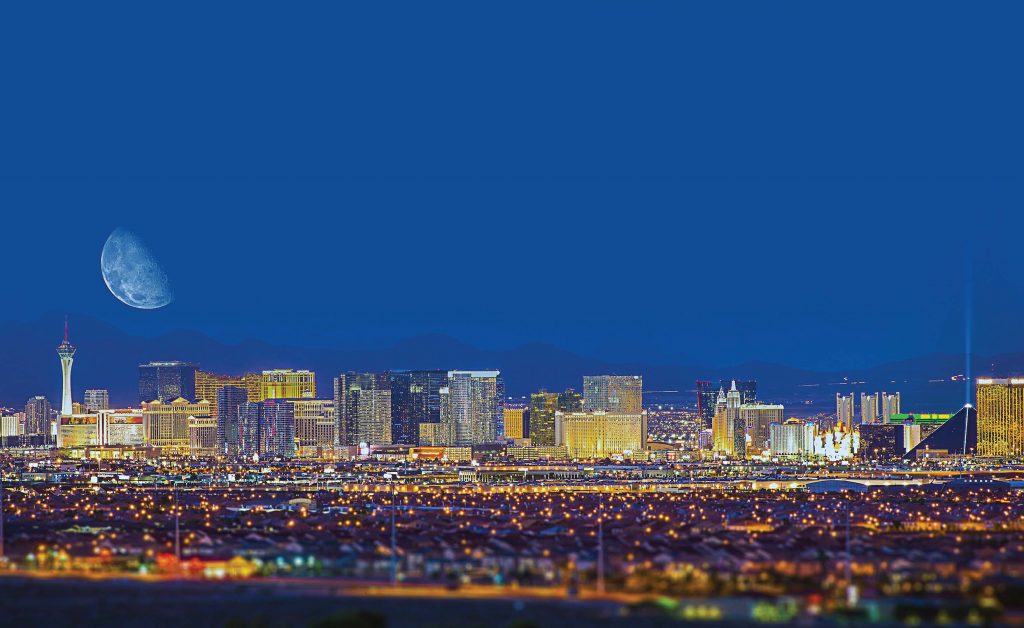 Las Vegas, Nev., has installed a total of 6.2 MW of solar electric capacity on 37 public buildings, community centers, fire stations and parks, including a 3.3 MW generating station at the city’s wastewater treatment plant.

Through various partnerships, the federal government is pushing the use and integration of solar energy in communities across the United States as a means to enhance resilience.

David Morley, senior resource associate with the American Planning Association, is well versed in the topic. He works on applied research projects with partners to produce deliverables that help planners do their jobs better. Specifically, he said the APA partners with organizations that specialize in partnerships with “organizations to help communities grow and understand solar energy use. “

Case in point: APA is working with the International City/County Management Association, the National Association of Regional Councils and ICLEI — Local Governments for Sustainability on the SunShot Solar Outreach Partnership, an initiative of the U.S. Department of Energy. Through this effort, APA and its partners are providing outreach, training and technical assistance to local and regional governments to make it easier for residents, businesses and property owners within their jurisdictions to use solar energy.

“The goal (of the SunShot initiative) is to make solar energy competitive by the year 2020,” he said. “The APA has taken the lead on residential community reliance and the role solar energy might play.”

The SunShot Initiative was launched in 2011 to aggressively drive innovation to make solar fully cost-competitive with traditional forms of energy by 2020. Through SunShot, DOE supports efforts by private companies, universities, and national laboratories to drive down the cost of solar electricity to $0.06 per kilowatt-hour.

According to Morley, the APA has connected the dots between solar energy use and community reliance with three themes. First, local solar adoption has a potential to “reduce reliance on non-local fossil fuels.” It can go a long way in reducing economic uncertainly, he added. Second, he said a solar energy surplus can be play significant role in emergency response in the aftermath of storms and other natural disasters. Last is the long-range planning piece. Solar development can be instrumental in hazard mitigation and disaster recovery.

There’s also an environmental component, as Dr. Elain Ulrich, program manager at the DOE, points out.

This photograph features the photovoltaic shade structure on the top floor of the Alfred A. Arraj U.S. Courthouse in Denver, Colo., that is the partial light-transmitting, building-integrated PV panels, cantilevered over facade. It is the first federal courthouse to get PV glazing. (Provided by the Department of Energy)

Solar power reduces dependency on fossil fuels and does not produce carbon dioxide pollution, making it a popular option for many cities.

In addition, unlike fossil fuel energy sources, solar produces no carbon dioxide pollution, which is a contributing factor in climate change. Finally, it demands less water use than conventional energy sources. According to Ulrich, the National Renewable Energy Laboratory recently released a report on the environmental benefits of solar and estimated that solar could save an estimated $400 billion in health and environmental benefits by 2050.

While these project benefits are encouraging, there’s no substitute for a track record or success stories. Morley points to the response after Hurricane Sandy as one example of resilience. There were microgrid pilot programs set up in Connecticut and Massachusetts that worked. He said there are other plentiful examples that hint at the potential of solar, but in his words, there needs to be “more of a concerted effort to make this a priority.”

Several U.S. cities have made solar a priority. Ulrich cited the “Shining Cities” report from Environment America, which lists the top 50 cities for solar overall. In it they also list examples of installations on public buildings. Among them, Las Vegas has installed a total of 6.2 MW of solar electric capacity on 37 public buildings, community centers, fire stations and parks, including a 3.3 MW generating station at the city’s wastewater treatment plant. Tampa and Raleigh have also installed large PV systems on city facilities. The city of Atlanta recently unveiled a new plan to install about 2 MW of solar power on 28 city buildings. New York City has committed to installing 100 MW of solar power on public buildings and spurring the installation of 250 MW on private buildings by 2025.

These examples are models of resilience, but what exactly does that term mean? According to Morley, adaptability to changing conditions is key. “As conditions change, the system must be as strong or stronger.” That can be a tall order. There’s a lot of work to be done to fix the residential system. A resilient system is diverse. There should be no single point of failure or reliance on a single solution. Decentralization is the name of the game as well.

“As adoption of solar energy increases then our power sources become more distributed, less centralized and less dependent on a central system,” he said. “With increasing local population, you have a decreased reliance on non-local fossil fuels.”

While this is a boon to our economy and environment, Morley is quick to point out the other side of the coin. One challenge is that the solar grid doesn’t accommodate a lot of a bandwidth. For this reason, solar power is not yet comparable to coal.

“Our electricity grid needs to get smarter,” he said.

Although we’re not quite there yet, Ulrich is optimistic about the future of solar, especially from an economic standpoint.

“In 2015, new U.S. PV installations were valued at $16.3 billion — three times greater than the $5.3 billion value of installations in 2010,” she said. “At the same time, solar jobs have grown 123 percent — adding more than 115,000 jobs. It currently employs 209,000 solar workers. By adopting policies that encourage and enable solar, communities can spur a home-grown solar industry as well as achieving resiliency and sustainability goals.”

For more information about solar as a means to increase community resilience, visit solaroutreach.org.