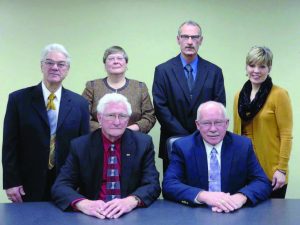 A council-manager form of local government can yield great rewards, according to one Iowa mayor. Within this type of framework, the city administrator, or manager, is the chief administrative officer and appoints all officers other than the attorney and municipal judges. He can also appoint all necessary subordinates and fix the compensation within the limits set by the governing body and statutes. The mayor and city council members act as the political head of the city. They are responsible for setting policy, approving the budget, determining the tax rate and formulating broad long-term policies that outline the city’s public function. The manager is appointed by the council to carry out policy and ensure that the entire community is being served. Most communities adopt this form of government through a charter, local ordinance, state enabling law or by voter referendum.

According to Manchester, Iowa, Mayor Milt Kramer, council-manager government combines the strong political leadership of elected officials — in the form of a council or other governing body — with the strong managerial experience of an appointed local government manager. Approximately 47 percent of U.S. cities with populations of 5,000 agree, having adopted the form, he noted. Manchester has a population of just over 5,000, according to the most recent census data.

This model has worked for Manchester for quite some time. Kramer has held office of mayor for more than three decades. He served as an at-large city councilman from Jan. 1, 1970, to Sept. 18, 1974. He was elected mayor on Sept. 19, 1974, and has been elected to 13 terms as mayor since that date.

Having served over 35 years, he has had the privilege of bringing many city projects to fruition. He listed the development of the industrial park, street improvement projects, a parks and recreation program, the city’s compost site, various library and parks improvements and the ongoing development of an excellent police and fire department as most memorable.

A retired schoolteacher, he’s deeply passionate about the community and serving it. The town may be small, but the high level of community engagement compares to that of a larger area. According to Kramer, there are 33 boards and commissions composed of 110 people in the city of Manchester. Citizens are willing and able to get involved in local government. In fact, they are usually excited to serve.

“When I go out (to recruit for civic positions), I seldom get a “‘no,’” he said. “They like their community and want to get involved.”

He attributes this interest and enthusiasm to two factors: honoring the volunteers on an annual basis and cultivating relationships. Kramer said he’s a big believer in the power of public relations, which is one reason why he visits schools on a weekly basis.

It also doesn’t hurt that the city manager, Timothy Vick, is effective in his position — and well-qualified. He earned an undergraduate degree in community and regional planning in 1995 from Iowa State University and subsequently earned a master’s degree in public administration from ISU in 2005.

Those are material achievements, but another strong yet abstract point Kramer acknowledges is the town’s open relationship with the local media.

“We have a lot of exposure to our citizens so (information) is here if they want it,” he said.

That transparency extends to the city’s finances, which Kramer said benefit from the mayor/administrator relationship. Vick’s knowledge and background saves the city money on consultant fees, for example. 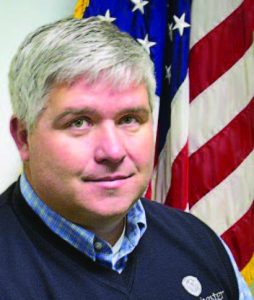 Manchester, Iowa, City Manager Timothy Vick has been with the city for 11 years. He works side-by-side with Mayor Milt Kramer and the Manchester City Council; a more and more common form of local government that distinguishes the political head of a local government entity from the administrative one. (Photo provided)

The International City/County Management Association notes that many local governments have found that their overall costs reduced under competent management, which is more and more frequently taking the form of mayor/administrator. Savings can come from decreased operating costs, increased efficiency and productivity, improved revenue collection and effective use of technology. The economic health of the community may also benefit from implementation of improved business development and retention strategies.

Speaking of retention, Kramer said he doesn’t take the mayor/administrator relationship lightly. It’s one he’s worked hard to maintain and foster. That means working through conflict and talking about events and issues.

“There has to be an open, trusting relationship between all elected officials, the city manager and mayor,” he said.

Kramer meets with Vick and the police chief regularly to understand the issues facing the city and work through how to address them. Although they all get along, it’s a bit of a balancing act, he said. In his words, “You’ve gotta have a group of people who don’t micromanage.”