Franklin, Tenn., experienced phenomenal population growth 25 years ago. The city doubled in size from 1990 to 2000, and grew half again as large over the next 10 years. Between 1990 and 2010, it tripled its population from 20,000 to more than 62,487. Current census estimates tag the population at more than 70,000 residents, and both the number of residents and the number of jobs are expected to double again over the next 25 years. The reasons for such growth are varied and legion.  Location Franklin is fortuitously situated 20 minutes south of Nashville and consequently experiences a spillover effect in tourism. 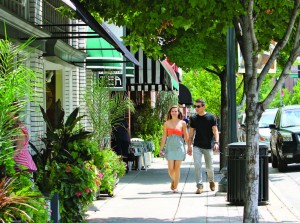 People tend to say they “just like the vibe” in Franklin, Tenn. (Photo provided by VisitFranklin.com) 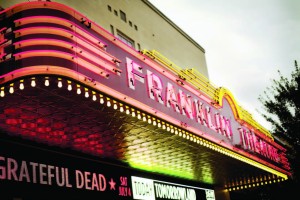 Beginning with the construction of a Saturn plant in 1991, business relocations to the area are part of the explanation for Franklin’s rapid growth. Industry brought workers who needed a place to live, and some good family entertainment. (Photo provided by VisitFranklin.com) 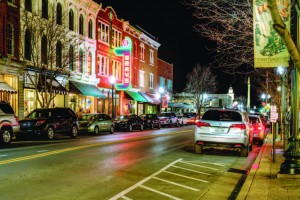 The city’s goal is to keep infrastructure ahead of growth. Plans call for a $100 million upgrade to Franklin’s water reclamation facility, the creation of an integrated water resource plan and a master parks plan revision. (Photo provided by VisitFranklin.com) 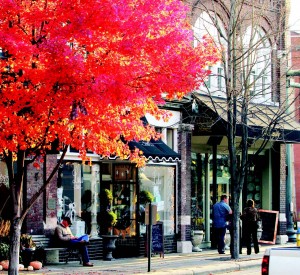 Franklin first doubled and then tripled its population, from 20,000 to more than 62,487, between 1990 and 2010. Both the number of residents and the number of jobs are expected to double again over the next 25 years. (Photo provided by VisitFranklin.com) 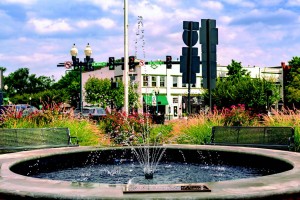 The fountain at Five Points is a gathering and resting place in Franklin, Tenn., a city located about 20 minutes from the hub that is Nashville. (Photo provided by VisitFranklin.com) 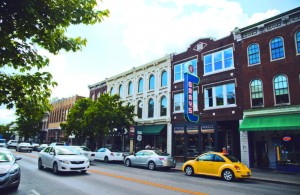 A recent redevelopment of downtown Franklin included the installation of a collection of unique stores, and very few chain outlets. “It’s almost like you can take a stroll down Main Street and have a nice lunch or a cocktail,” said Ellie Westman Chin, president and CEO of the Williamson County Convention and Visitors Bureau. (Photo provided by VisitFranklin.com)

The serene confines of the city’s historic downtown provide “a nice complement to the Nashville experience,” said Ellie Westman Chin, president and CEO of the Williamson County Convention and Visitors Bureau.

Not that Franklin has nothing Nashville-like to offer. There are 15 live music venues, including The Factory At Franklin, a former stoveworks and mattress facility that was recently purchased and turned into an interactive cultural destination with restaurants and shops. Every Wednesday night the venue offers Music City Roots, a musical menage often featuring local talent.

“It’s like an old-time radio show,” said Chin. “You can hear jazz, rock, bluegrass and country all in one night.” The Factory also houses a repertory theater and offers an annual music tribute to such artists as Johnny Cash and Ray Charles.

“We have always been blessed with a lot of farmland and beauty,” said Ken Moore, Franklin’s mayor since 2011. “People want to live here to raise their families.”

Ten miles to the south, the topography yields to picturesque rolling hillsides that attract “a lot of motorcycles,” added Chin.

Nearby Natchez Trace Parkway has been declared a federal park, along which the county recently opened Timberland Park for family outdoor activities. No developments or billboards are allowed along the parkway, and speed limits are capped at 50 miles per hour.

North of town, a 1.1-million-square-foot mall opened in 1991. The sprawling shopping mecca hosts four anchor stores and more than 165 restaurants and shops.

“The advent of the galleria was probably the start of our growth,” said Moore. “A lot has happened because of the mall.”

Franklin’s businesses gave the city a big boost by taking on the redevelopment of the downtown area.

“In the late 1980s, a group of building owners downtown looked around and saw a Main Street with nobody on it,” said Moore. “So they organized and through funding, which the city helped facilitate, took awnings and streetlights back to a late-1800s, early-1900s look. It changed the appearance of the area. Then we changed the infrastructure, getting rid of telephone poles and resolving drainage issues,” he said. “It was our first streetscape project.”

“The Heritage Foundation led the charge to preserve and develop the downtown,” said Chin. Today historic downtown Franklin has 150 restaurants and retail establishments.

“They are almost all unique, with very few chain outlets. It’s almost like you can take a stroll down Main Street and have a nice lunch or a cocktail.”

Consequently, tourism has grown by leaps and bounds in the last five to 10 years. “CoolSprings is more modern,” said Chin, “so we have a combination of modern shopping and a stroll to unique boutiques, where you can step forward by taking a step back into time.”

“Five days before the opening of the Cool- Springs mall, it was announced that Saturn was building a plant just outside of Franklin city limits,” said Matthew Maxey, public relations coordinator for the Williamson County Convention and Visitors Bureau. “That brought a bunch of people with it who needed a place to live and some good family entertainment. It was a several-year accumulation with hundreds of employees.”

Union and confederate forces clashed in the eponymous Battle of Franklin, a brutal fivehour conflict that took 10,000 lives.

Much of the battle site was lost to subsequent development but the city has been concertedly reclaiming the land to attract history buffs. It’s “finishing up reclaiming 20 acres at the epicenter of the battle right in downtown,” said Moore. The land will be converted into a city park “with the historic city buildings to be preserved.”

Three house museums have been restored, including one that served as a hospital during and after the battle. The estate also has a Confederate cemetery open to visitors.

All in all, Franklin’s 1.2 million annual visitors create an economic impact of more than $407 million for the city.

Chin, who served seven years with the Atlanta CVB, said, “I’ve been a part of lots of surveys, and Franklin’s (survey) is the only one where high on the list is that people heard about Franklin, came to check it out and moved here. People just come because they like the vibe.”

“Franklin is a unique town,” agreed Moore. “One of the reasons we’ve had such success is the great quality of life here.”

City administrators aim to keep it that way.

For Moore, the future is in the present. “We include long-range planning in every department. In everything we do, we plan for the next 20 to 25 years. We are keeping infrastructure ahead of growth.”

Those plans include a $100 million upgrade to Franklin’s water reclamation facility, an integrated water resource plan, a master parks plan revision for the city’s 750 acres of parks and some ideas about how to “devise a more connected city with greenways” and other visitor-friendly amenities.