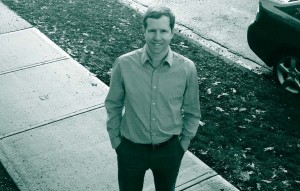 Prior to 2014, property owners in Ithaca, N.Y., had been 100 percent responsible for sidewalk replacement costs; now the city assumes the responsibility.

When Mayor Svante Myrick was campaigning for office, he went door to door seeking residents’ input. Sidewalk improvement came up repeatedly. Myrick told Eric Hathaway, who was hired to run the sidewalk program, that not only were the city’s sidewalks in bad shape, the method of reporting defects caused division among neighbors. After he was elected, Myrick started a sidewalk task force, chaired by City Attorney Ari Lavine, that consisted of members from the common council, city employees and non-city employees. Hathaway believes it’s a much better program.

Asking property owners to pay the full cost could be “financially onerous for people to maintain,” he said, adding that he figured the average cost of a section of sidewalk would be approximately $2,000.

The sidewalk task force recommended the creation of Sidewalk Improvement Districts. The city was divided into five such districts.

Every property owner inside the district pays an annual assessment, and although that assessment varies depending on the district, the funds raised can only be used within that particular district.

Assessments range from $70 for low-foot-traffic lots — one- and two-family residences — to $140 plus a square footage fee of $.015 per square foot of buildings on a lot, and a $30 frontage fee for each 55 feet of lot frontage.

As in most municipalities, priority is given to replacing sidewalks based on need. Condition of the sidewalk and also location are also considered, such as whether it is near a government building or school.

“Ithaca’s sidewalk program is the type of policy that results from a mayor who is truly listening to the needs and desires of the constituents, and an attorney’s office creating good legislation to effect change,” Hathaway said. “Our city attorney created the innovative legislation that lessens the financial burden on individual property owners and allows our city to think and act more strategically than when property owners were required to fix their own sidewalk.

“By pooling resources, we are capable of doing larger and more complicated projects, such as locations on retaining walls or (ones) that involve drainage improvements. We are also able to provide construction management, design, materials testing and efficiently mobilize construction in a way that would be cost prohibitive for an individual property owner to accomplish.”