↓
Home→Fleet→Ann Arbor: at the forefront of green fleets 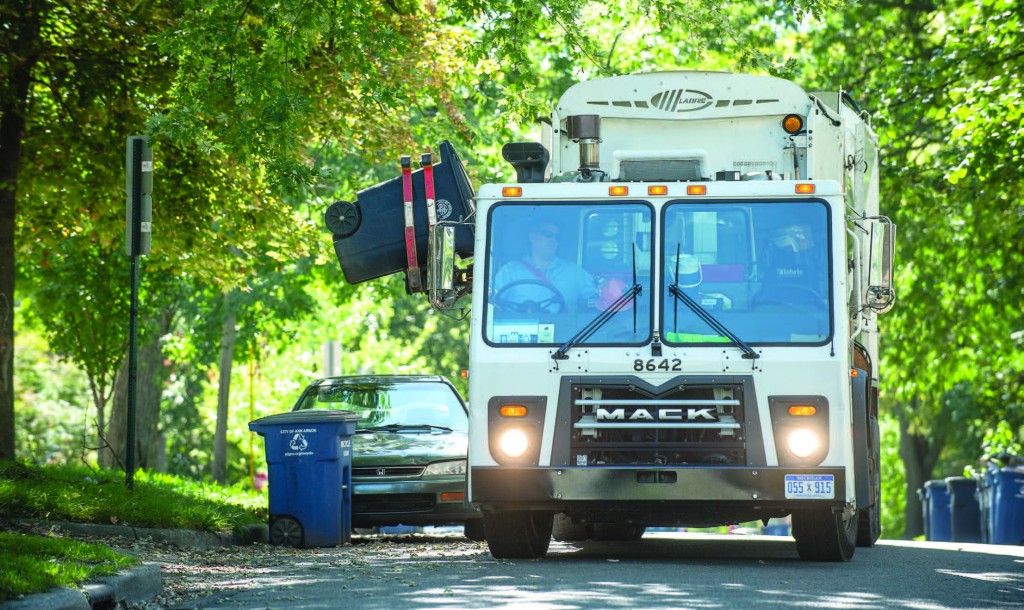 Ann Arbor, Mich., was among the first cities in the U.S. to incorporated a wide variety of clean fuels into its fleet. Some worked out well, including E-85 and CNG. But there were also some snags, such as the purchase of several early-production hybrid electronic recycling collection trucks. Their hydraulic lift assist systems had to be turned off. (Photo provided)

Ann Arbor was featured in 2012 as a “Clean Cities Success Story: Michigan Green Fleets” on the website of MotorWeek magazine. The spotlight explained how, starting in 2004, the city’s Green Fleets Project established a goal of reducing the municipal fleet’s gas and diesel use by 10 percent before 2012. It achieved the goal in half that amount of time when the city set a complimentary goal of using 30 percent renewable energy across all municipal operations by 2010. That goal was met as well.

Ann Arbor has an energy office, along with an environmental coordinator. In 2012, the city’s energy analyst was Andrew Brix. Brix believed it was important for Ann Arbor to green its fleet to help fight climate change, first of all, but that the bigger impact laid in using fuels produced in Michigan and the rest of the U.S. in order to keep money in local economies.

“The Green Fleet Project started when the energy office received a grant to help offset the cost of purchasing or converting (to) light vehicles powered by natural gas,” explained Thomas Gibbons, head of the city’s fleet purchases. “The grant was for something like $2,000 or $4,000 per vehicle, which was about half the added cost. Because it did not cover the full cost of the project, we wanted some direction from the city council members as to how they felt about spending more money for vehicles that were cleaner to operate.”

The council adopted a resolution on Aug. 21, 2000, requesting that the city administrator develop a “Green Fleets” policy for council approval that would reduce both fuel use and emissions within municipal operations. At the time, Ann Arbor’s fleet consisted of about 400 vehicles. Just prior to that edict, in April 1999, the city, along with a coalition of local fleets and fuel providers, had become a designated member of the U.S. Department of Energy’s Clean Cities Program. It subsequently set up and ran the federal government’s Ann Arbor Area Clean Cities program, which became the Clean Energy Coalition. 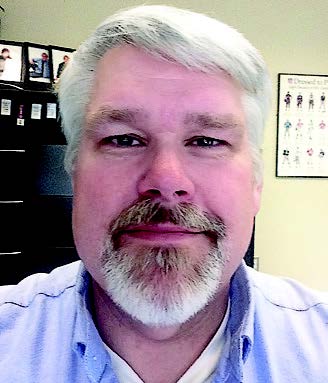 Throughout a 19-year Green Fleets Project, Thomas Gibbons, financial analyst, fleet and facilities unit, reported the easiest part was reducing the amount of fuel used since this was mostly done by replacing vehicles with more efficient ones. The hardest part was finding alternatively powered vehicles that would still meet the city’s operational needs. (Photo provided)

Measures of the success of the Green Fleets Project were, first, a decrease in annual total gallons of gasoline and diesel fuel used; and second, a reduction in carbon dioxide and other emissions.

Thomas reported the easiest part was reducing the amount of fuel used since this was mostly done by replacing vehicles with more efficient ones. The hardest part was finding alternatively powered vehicles that would still meet the city’s operational needs.

How did Ann Arbor arrange to train mechanics who were switching from working on gas-powered vehicles to those using other fuels?

“We sent a number of our mechanics to compressed natural gas engine classes,” said Thomas, “and used them to train the other mechanics. For other types of alternative fuels or hybrids, we relied on the dealer to service them.”

“When the system worked, the operators loved it as it allowed them to not run the truck while the bucket was in the air, making it much easier to communicate with the guys on the ground.” However, the two units were early models, and the department has not been able to keep their hybrid systems operating.

In addition, four recycling collection trucks with hydraulic launch assist were purchased. These were also from early production, and technicians wound up having to turn the systems off . The city didn’t go with full hybrids, which cost $100,000 a truck, in case the hybrid system went down: Now they are at least able to use the six trucks with the systems turned off . Regarding fuels used by the green fleet, Thomas reported current use of E-10; a very limited amount of E-85; and up to B-10 diesel during the summer.

“We had mostly Ford Crown Vic for police cars, and when they came out as E-85 compatible, we had to use only E-85; but they started having engine codes pop up and our local Ford dealer advised us to stop using it. As for the bio-diesel, we have had to cut back on its percentage to the B-10 after the low sulfur fuel was mandated in,” he said. “Once that happened, we started having a large number of trucks with fuel filters plugging up until we cut back on the percentage of bio. In addition, we have been getting some push back from some who do not want us to use food for fuel.”

Along the way, members of the department had to figure out how to aff ord and build the supply infrastructure.

“We built a new fuel tank and pump facility for our E-85 station. We do not do anything special for the bio-diesel. As for the E-85, we are lucky to have two locally owned stations that have CNG pumps that are meeting our needs now, though we are maxing their capacity now. We have added funding to this year’s budget to add a CNG fueling pump of our own.” Ann Arbor’s fleet also includes three commercial front-load refuse trucks and a street sweeper on CNG now. They hope to purchase more refuse trucks powered by CNG, but are waiting to get the station up and running first.

Currently, the fuel most used by the city is still bio-diesel, but at a percentage much lower than 30. As much CNG is being used as possible with the available capacity. Once the city has its own stations, the plan is to increase the number of CNG-powered vehicles in the fleet.

For other cities moving in the direction of cleaner energy for their fleets, Thomas recommended:

• “Start out small until you find the system that works best for you. For us, it seems to be CNG.”

• “Do not purchase systems that will take your vehicles out of service if they do not work out. For us, the two electric hybrids and four hydraulic launch assist vehicles were a total investment of almost a million dollars. So when thinking about purchasing a hybrid truck, you need to have a plan in place for that possibility. Our plan was to make sure we could still use the trucks if the system needed to be shut off .”